Following the disasterous fundraising at the end of the previous year, we decided to cut back on the newsletters. Thus this is only the second for 2021. Despite the financial problems we have kept the website ticking over. We even feel we have continued to improve the quality of the articles. We have increased our emphasis on climate change, which is the primary challenge of our time. This has resulted in our posting fewer articles by Keynesian economists who consider GDP growth the sole benchmark for improving living standards. That era is over. There are other ways to full employment. Growth to fulfil the capitalist craving for higher profits is no longer a solution, but has become the problem. Many of our articles are now about what sort of growth and where, or even no growth at all.

Following the success of our Gig Economy Project thanks to the impressive work by Ben Wray we are contemplating a new project concerning climate change. Until recently climate scientists have concentrated their efforts on proving that climate change exists and is caused by human beings (mainly 10% of them). It is time to move on. Governments and corporations have been making claims and setting targets that they have no intention of fulfilling or know are complete bullshit. Does anyone still remember “Climate Emergency” or all those amazing technical solutions that will suck massive amounts of CO2 out of the atmosphere, not to mention where the raw materials are supposed to come from to enable a one-to-one transition to CO2-free consumerism?

It is time to challenge these claims. Some climate scientists have begun doing so, but as we know, scientists and academics are very shy about challenging the state and corporations that finance their institutions. As we currently have Economics and Political Economy, we now need Climate Science and Political Climate Science. This does not mean that academics support a specific political party or endorse a certain corporation, but that they scrutinise the policies being propagated by governments, international organisations, poltical parties, and corporations.

This may sound like a simple step, but it isn’t. It will however define this decade. Nor will many of those who are active or claim to be active in stopping climate change going to support this and see their policies trashed in public. But then BRAVE NEW EUROPE has always set being on the cutting edge as its goal and challenging mainstream thinking (deceptions).

If you have any ideas on how we could fund this or would like to support us in creating this project, then please contact us at info@braveneweurope.com

COVID 19 wreaked havoc with our finances. We were not greatly surprised. Few of us knew towards the end of 2020 what our financial situation would be and were being wisely prudent. The situation may have changed in the meantime and you may find yourself able to donate now. What we need are recurring monthly donations, which would aid us in our planning.
Speaking of which, some of you who generously provided us with such recurring donations via Better Place do not realise (nor did we) that after a certain period of time these are automatically terminated by Better Place. Please check if this has happened to you. 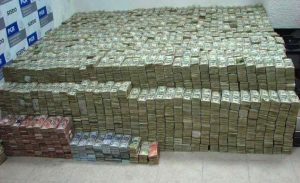 In the meantime we have opened a UK bank account for donations:

If you wish to donate in Euros click HERE 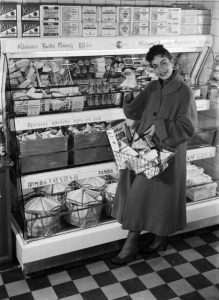 Economics beyond the Swabain Hausfrau

Our series of talks, “Economics beyond the Swabain Hausfrau” has continued online,  which was only possible thanks to the continuing generous support of the Helle Panke and  that the Rosa-Luxemburg Foundations finances the simultaneous translations into German. Thank you to both.
We had four podcasts since in the recent past:
Susan Paulson and Jason Hickel on 9 December 2020: “Everything you wanted to know about Degrowth (But didn't know who to ask)." Watch here
Pavlina R. Tcherneva on March 8 2021: “The Case for a Job Guarantee” Watch here
Tim Jackson on 12 April 2021: “Prosperity without Growth” Watch here
Richard Murphy on 4 May 2021: “The Green New Deal and How to Pay for It” Watch here

Future Talks in the Autumn
We have already scheduled the first talk in the Autumn. On 5 October 2021 Ha Vinh Tho, the Programme Director of the Gross National Happiness Centre in Bhutan (Gross National Happines is a philosophy that guides the government of Bhutan instead of Gross Domestic Product. It includes an index which is used to measure the collective happiness and well-being of its population). We shall not go further into Tho’s impressive biography, but suffice it to say he is one of the most impressive speakers around and will surely add much to our current discussion concerning holistic approaches to stopping climate change.

The primary function of the Gig Economy Project is to report on key developments in the gig economy across Europe from the perspective of gig workers, so that the movement is kept well informed of what is happening. The co-ordinator of the project, Ben Wray, is a journalist and has developed a deep network of contacts in the trade union movement, activist workers, politicians and among industrial relations academics to draw on in providing quality reporting and analysis which always includes the voices of gig workers.

Gig Economy Project is also an open platform for the publication of opinion and analysis pieces about the gig economy, and we have published a series of contributions of this kind in multiple languages. We also produce in-depth feature interviews about once a month, usually in the form of a podcast, with trade unionists, politicians and academics. We have also published think-tank policy proposals on the gig economy and reviews of new books on the gig economy. Finally, we re-publish and translate into English excellent articles on the gig economy in Europe which have been published on other sites (with permission).  All of this is promoted through our GEP Twitter channel, and on BRAVE NEW EUROPE’s social media accounts.

You can send us an email at info@braveneweurope.com