Who says that trickle down does not work?. For almost two years progressive economist have been hammering away that although governments have debts, they also have assets. Translated, you may have a mortgage of 100,000 euros (Heavens above, you are in debt!), but a house worth 500,000 euros (actually not so bad). While in many instances, public debt cannot be compared to private debt, in this one instance you can. If the British government purchases the railways, it may have debt, but it also has the railways. It took a while, but Aditya Chakrabortty has always been the intellectual avant garde among journalists. Other journalists will follow – and this fact will eventually reach voters. Hopefully before the general elections. 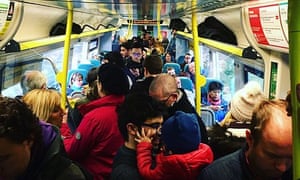 Chile has been spared the fate of Brazil as it elects a progressive president. A new constitutive was already in the making to replace the one created by the dictator Pinochet. The question is if […]

Linked from the New Weather Institute There is much more to climate Change than the sea-level rising and an increase in weather disasters. Read here

Investigate Europe: The truth behind the EU’s National Energy and Climate Plans

A litany of evasions, missed deadlines, questionable claims and ignorance…real and feigned. Some member states even openly state that they do not plan to phase out fossil fuel subsidies. Read here