Aviation industry will only pay for 16% of climate damage from eight ongoing airport expansion projects. 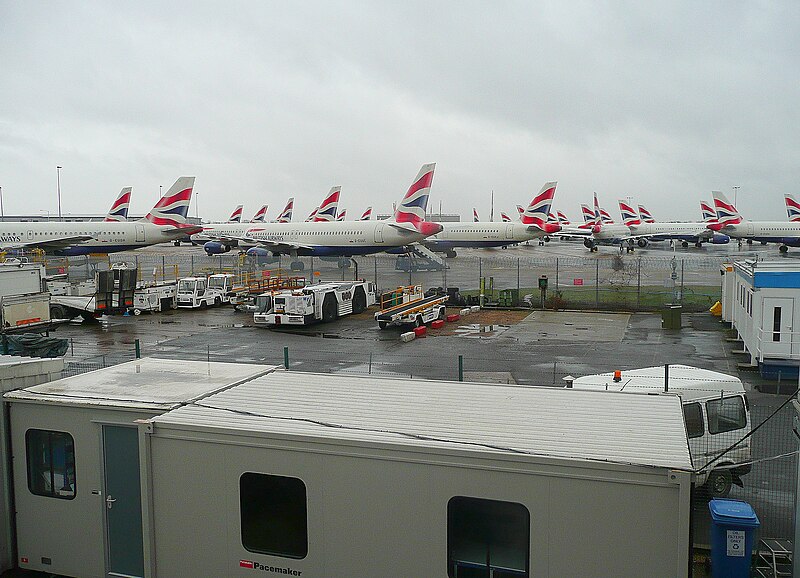 In a climate emergency, any project or policy which creates new greenhouse-gas emissions comes at great cost to society. Either we suffer the consequences of deeper ecological collapse, or someone, somewhere, has to ​‘clean up’ those gases. Specialists call the price of cleaning up new emissions the ​‘abatement cost’. The more ambitious a nation’s climate target (ie, the nearer the date or lower the target emissions level), the higher the abatement cost will be. This is because in a rapid decarbonisation scenario, most options for cutting emissions have already been done, and getting rid of new emissions could require more expensive technologies or policies.

Since 2009, government economists have been tracking the abatement cost of each tonne of CO2 or equivalent gas – that’s how much it would cost to clean it up, also known as its ​‘carbon value’. In September 2021 the government updated their set of carbon values. The short-term carbon value more than tripled, rising from £70 to £240. Projected future values rose too, to a slightly lesser extent (Figure 1). This change belatedly brought the government’s carbon values in-line with the more ambitious national climate target of net zero by 2050, adopted in 2019. The ramifications are significant and government now faces two major problems.

We’ve been making decisions based on flawed evidence

First, every day across the government, decisions are being made on new projects and policies. All public bodies (at least in theory) are required to make use of the government’s carbon values to inform their decision making. Pros and cons are weighed up, often culminating in an overall estimate of an investment’s ​‘benefit-cost ratio’ or ​‘net present value’. Included in this monetary figure is the clean-up cost of any greenhouse gas emissions expected from the project. The troubling thing is, now that the carbon values have been updated, these projects are all using out-of-date numbers: the old carbon values. Decisions have been made on the basis of a grossly underestimated cost to the climate and our society.

To highlight this issue, we have recalculated the total net present value (the balance of costs and benefits over a set project lifespan) of the potential emissions from all of the UK’s active airport expansion projects. There are eight airport expansion projects which are active in legal planning procedures, ranging from projects in their early consultation phases (eg, Gatwick airport), to projects which have been approved, but are subject to legal challenges (eg, Southampton airport).

Taking the UK’s largest airport as an example, Heathrow is planning a new runway capable of increasing passenger departures by 40m a year. Our calculations show that, in light of the updated government carbon values, the carbon cost of emissions resulting from Heathrow’s proposed expansion from 2025 – 2050 has doubled, from around £50bn to over £100bn.

Airport businesses have typically been reluctant to present how much their schemes will really cost in climate damage. Where they do present estimates, they typically only show the costs of emissions resulting from departing flights. Alongside others, we have sought to ensure that government decision-makers have access to the true climate costs of airport expansions, based on the latest government guidance. But even this guidance, it now turns out, was flawed. Across eight UK airports in the process of expanding, all have had their climate cost dramatically underestimated. Gatwick airport, for instance, are currently running an official consultation on their proposed expansion, yet the case they have presented to the public in their consultation documents uses out-of-date carbon values to dramatically underestimate their scheme’s climate cost.

In Table 1 we show the re-calculated climate costs of all eight active airport expansions presenting, for the purposes of comparability, only the values associated with the departing flights created by the schemes between 2025 and 2050. Eastleigh Borough Council and Leeds City Council recently approved the expansion of Southampton and Leeds Bradford airports, respectively, but they did so on the basis of climate costs which, in both cases, were £500m too low. The expansion of Stansted airport, recently approved by the planning inspectorate, will come with a climate cost more than £1bn higher than previously thought.

Table 1: The net present value of the departing-flight emissions from eight airport expansions underway across the UK has more than doubled following the revision to BEIS carbon values.

The public, and future generations, are taking on a major carbon debt

The second issue the government now faces is potentially even more costly. The government now has information from its own economists that the cost to society of the additional emissions linked to schemes like airport expansion will be exorbitant. These emissions are typically made and facilitated by private entities like airlines and airports. Yet right now, the government does not have a functioning system for charging those businesses for their pollution. The government’s main emissions taxation policy, the UK Emissions Trading Scheme (UK ETS), exempts flights departing for non-EU destinations, exempts non-carbon emissions (which make up around half of aviation emissions), gives free carbon allowances away to airlines (equating to up to 82% of all emissions), and charges a price far below the true cost to society of each tonne of emissions.

The current UK ETS price doesn’t reflect the updated carbon values. The UK ETS prices emissions at around £50 per tonne, £190 lower than the true abatement cost. Ultimately, the bill to clean up these emissions will be picked up by wider society and the taxpayer. In essence, a colossal subsidy is being passed to polluting big business, and a debt passed on to future generations. For example, NEF modelling presented in Table 1 suggests that, just considering departing flights, the proposed expansion of Gatwick airport will have an emissions cost of £9bn between 2025 – 2050. Of this, just an estimated £600m (7%) will be charged to the airport through the government’s current policy instrument, the UK ETS. The remainder will be picked up by wider society and the taxpayer at a later date (Figure 3).

Cumulatively, between 2025 and 2050, the eight active airport expansion plans are estimated to come with an emissions price tag of £73.6bn (Table 2). Just £11.8bn (16%) is likely to be paid for by the aviation industry. The remainder will represent a colossal £62bn giveaway to a polluting industry, and a significant cost – either economic, environmental, or both – to the rest of society. What’s more, as the majority of flights are taken by a small minority of predominantly wealthy frequent fliers, this handout is highly regressive, saddling all of UK society with costs primarily racked up by the elite. This aviation giveaway adds to an already lucrative arrangement for the industry, with aviation exempt from both VAT and fuel duty. While air passenger duty (APD) recoups a small proportion of these giveaways, the government also recently cut the rate of APD charged on domestic flights (90% of which are taken by just 2% of English flyers).

Table 2: Cumulatively, the eight ongoing UK airport expansions are expected to result in a giveaway of emissions worth £62bn.

The air travel problem must urgently be addressed. Lord Deben, chair of the Climate Change Committee (CCC) said last month, ​“There is not any space for airport expansion” if the UK is to meet its climate goals. The CCC’s policy recommendation is for ​“no net expansion of UK airport capacity unless the sector is on track to sufficiently outperform its net emissions trajectory and can accommodate the additional demand”. That test has not been met, and will not be met for many years to come. In light of this and the material change in UK government appraisal guidance, which results in an exceptional increase to the climate cost of the proposed schemes, all active UK airport expansions should immediately be paused, and re-evaluated in line with the new guidance.

In order to address the issues of managing demand for air travel more broadly (ie, to reduce passenger numbers to sustainable levels) the government should reassess the tax breaks it gives the industry, as well as develop wider plans for green taxation. When doing so equity and fairness should be kept front and centre, which cannot be done through something like a blunt carbon tax. A frequent flyer levy would be the most effective way to ensure the benefits of air travel can still be enjoyed by all while emissions are cut.

Japan, like most developed nations, seems to be caught up in a political malaise as voters lose confidence in their political class Postscript: The LDP secured more than 233 lower house seats – enough to […]

How many articles, commentaries, and other media reports were we confronted with concerning “fake news”? No one mentioned “bought news”, which is a greater menace. The goal of corporate media is profit. Those paying for […]