In every Social Democrat there is concealed an autocratic nationalist. Social Democracy is determined by a political mentality from the 19th century. It cannot adapt, but will simply die out, as we are seeing in Europe.

Tomorrow there is a general election in Spain.

Ben Wray is is a freelance journalist based in Glasgow, Scotland and co-author of “What is Scottish Independence For?”, to be published by Verso 2019-20 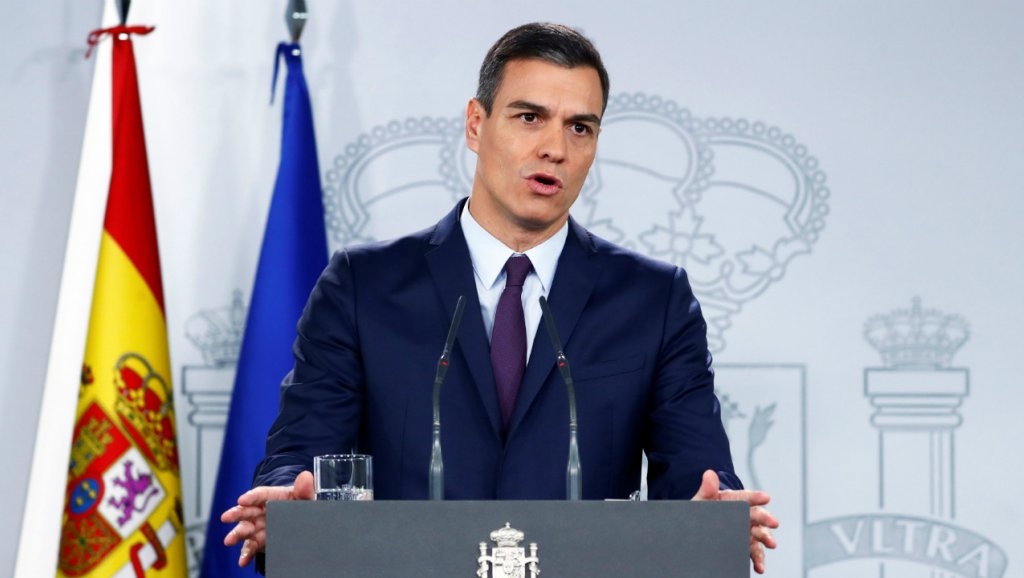 On Tuesday, Spanish Prime Minister Pedro Sánchez said the immortal words, sure to seal his fate: a vote for Sánchez was a vote for “strong and stable” government.

Sánchez has more than just rhetoric in common with Theresa May. Like the former British prime minister, he called an election in the belief that it would strengthen his grip on power in resolving a national crisis, but will almost certainly end up well short of a majority. He also shares May’s strategy, seeking to appease forces to his right by moving further and further in that direction. And with no end to the Catalan crisis in sight and an economic crisis in the post, Sánchez may well end up at the head of a government that is as “strong and stable” as Theresa’s.

Spain’s fourth election in four years, on 10 November, has been dominated by the Catalan independence crisis, though according to Sánchez, you shouldn’t call it that. During the pre-election TV debate on Monday, the leader of PSOE said, “the crisis in Catalonia is not an independence crisis, it is a crisis of coexistence”.

Sánchez would restore confidence in “coexistence” in three ways:

If these sounds like the policies of a hard-right authoritarian regime, that’s because they are.

But there’s more. During the debate Sánchez also vowed to extradite former Catalan President Carles Puigdemont. Asked afterwards how he could do this given the judiciary is supposed to be independent, he said: “Who does the prosecutor answer to?’ The interviewer replied: “To the government.” Sánchez: “Then, that’s it.” Spain’s Prosecutor Association had to issue a statement on Wednesday reminding Sánchez of the need to keep-up appearances.

Remember, Sánchez represents the left of Spanish nationalism. But when your starting point is to accept “the indissoluble unity of the Spanish Nation”, as it states in the constitution, then under the pressure of a democratic challenge to that position, your nationalism is always likely to slide rightwards pretty fast.

The nationalism of the state: from banal to authoritarian

Of course Sánchez would reject the term Spanish nationalist. To Sánchez, the nationalists wave Catalan flags; his politics are its antithesis. But when your commitment to the Spanish nation-state and its constitution above all other concerns is so transparent, what else could we possibly call it?

The dominant use of nationalism was “misleading”, Bilig found, because it “always seems to locate nationalism on the periphery” and “overlooks the nationalism of the West’s nation-states”.

Banal nationalism is so hegemonic in normal times that it is largely unnoticed, while being constantly reinforced.

“Daily, the nation is indicated, or ‘flagged’, in the lives of its citizenry,” Bilig argues. “Nationalism, far from being an intermittent mood in established nations, is the endemic condition…The metonymic image of banal nationalism is not a flag which is being consciously waved with fervent passion; it is the flag hanging unnoticed on the public building.”

Sánchez desires to be a banal nationalist; his viscerally ideological commitment to the nation-state unseen, unquestioned. But under the strain of the Catalans’ challenge to the authority of the Spanish state, Sánchez’ Spanish nationalism reveals itself as not so banal after all, and more belligerently nationalistic than the Catalan nationalism he condemns.

Authoritarian Spanish nationalism did not fall out of a clear blue sky. Indeed, from the perspective of the Basques, who have been on the receiving end of judicial repression and police brutality for decades, the treatment meted out to the Catalans is more continuation than rupture with the post-Franco Spanish state.

The character of Spain’s ‘transition’ following fascist dictator Francisco Franco’s death in 1975 was one that kept much of the institutional integrity of his rule in place. That legacy has left various problems unresolved, including systemic political corruption, economic oligarchy and a sclerotic civil service. But most pertinently to the current crisis is the legacy of a highly politicised judiciary, a vicious and large police force and a repressive political culture, dominated by a small establishment class of two parties, PSOE and PP.

David Whyte and Ignasi Bernat believe it to be the “the legal apparatuses of the state” left-over from the Franco era which is the unique characteristic of Spanish nationalism.

“What marks out Spanish nationalism is the extent to which principles of Spanish unity are enforced, without mercy, by the legal apparatuses of the state. There is a deep residual nationalism at the heart of the Spanish state which has its roots in the Franco period, and has never been adequately purged after the dictatorship,” they write.

It’s not hard to find evidence of this, and usually operates under the not-so subtle guise of “terrorism” offences. TsunamiDemocratić, which has led recent Catalan independence protests, has been hit by trumped up “terrorism” charges from the Spanish National Court in recent weeks.

This tactic of the Spanish state has been honed over many years in the Basque Country’s ETA era. Despite ETA officially dissolving last year, the Spanish state won’t let it go, so useful was it as a cover for generalised repressive measures.

This reached the theatre of the absurd in the case of the Altsasu incident, where eight young Basque people involved in a bar fight with two off-duty Guardia Civil officers was described as a “terrorist attack” by the public prosecutor, who called for sentences of between 12 and 62 years. The National Court dismissed the terrorism charge, but they still received sentences of between two to 13 years.

While Spain has its own unique dimensions, its increasingly authoritarian nationalism is also part of a trend of contemporary global politics where democracy and civil rights is under pressure everywhere. The state’s that are perhaps showing most sign of creaking are those with a pluri-national character. Spain, Turkey and the UK have much in common in this respect.

It was not by coincidence that Sánchez was the first leader of an EU state to back Turkey’s war on the Kurds, while the Turkish government has justified its removal of three Kurdish mayors by citing the example of Spain’s jailing of pro-independence Catalan leaders. Recep Tayyip Erdoğan’s ethnic cleansing of Kurdish Syria is partly about squashing a challenge to the country’s systematic discrimination against the Kurdish minority within Turkey’s borders, which has been a consistent policy of Turkish governments since the state was formed nearly 100 years ago.

Meanwhile, the UK state in the Brexit era is increasingly overwhelmed by multiple threats at the Scottish, Irish and Welsh national levels. In the Scottish case, the response has been an increasingly intransigent one by first Theresa May and then Boris Johnson’s government’s towards the right of Scotland to self-determination. The British nationalism of 2019 is moving closer to that of Spain than David Cameron’s government of 2012, when the Edinburgh Agreement was signed with the Scottish Government for a legally binding independence referendum without too much fuss.

There is no reason to believe in the case of Spain, Turkey or the UK, or in fact anywhere else for that matter, that political conflict along national lines is going to dissipate in the future. Stateless nations act as a common identity for oppositional politics to organise around, while nation-states seek to defend their territory and sovereignty in a highly competitive, claustrophobic international economy. The ‘national question’, as Wolfgang Streeck recently observed, has been ‘badly underestimated’ as a crucible of 21st century politics, especially by the left.

What Sanchez proves is that authoritarian nationalism in defence of the state is not only the preserve of the official right-wing. Where it will end up we don’t know, but history suggests that Sanchez may well be the handmaiden of forces he can’t control. A political climate where repression is normalised and legitimate is inevitably a breeding ground for fascism.

The far-right Vox is, according to some polls, set to come third in Spain’s election on Sunday. Its leader, Santiago Abascal, was part of the national TV debates on Tuesday for the first time, and his calls for ratcheting up the repression were – disturbingly – not out of place with the general discourse of the debate, and barely challenged by the other leaders.

The Spanish left, like the Turkish left and the British left, needs to get to grips with the reality of where the real threats and dangers are coming from. If they genuinely are opposed to nationalism, the primary nationalism they must be concerned with is that of their own state.

Unfortunately, no. Some sectors – such as aviation – seem to defy all logical ways to offset their carbon footprint. Can the UK possibly achieve zero-carbon planes by 2050? Matt Finch is ECIU business and […]

Nothing changes in the EU: neo-liberalism, neo-liberalism, and still more neo-liberalism – and much more inequality. The Corporate Europe Observatory is a non-profit research and campaign group whose declared aim is to “expose any effects […]