“Pathetic was the first word that came to mind when I read this article – The Italian Budget: A Case of Contractionary Fiscal Expansion? – written by Olivier Blanchard and Jeromin Zettlemeyer, from the Peter Peterson Institute for International Economics. Here is a former IMF chief economist and a former German economic bureaucrat continuing to rehearse the failed ‘fiscal contraction expansion’ lie that rose to prominence during the worst days of the GFC, when the European Commission and the IMF (along with the OECD and other groups) touted the idea of ‘growth friendly’ austerity. Nations were told that if they savagely cut public spending their economies would grow because interest rates would be lower and private investment would more than fill the gap left by the spending cuts.” 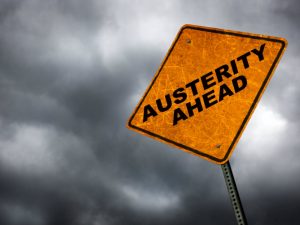 What happened to city planning? There was a time when new social housing was built integrated in stable neighbourhoods, thus avoiding the creation of ghettos. Social segregation seems to be back on the European agenda […]

A political dam has broken in the United Kingdom as Britons have discovered that austerity is neither good for them or their children, that the free market is not free, but serves the interest of […]

Do not expect much to change in the EU. Germany’s National Champion Bayer bought Monsanto. The German government will not let this damage Bayer’s business in the EU, just as it has protected Volkswagen from […]