We do not normally muck about with other people’s texts, but would like to add this quote from Alexis de Tocqueville (knowing Branko, he will not mind):

“Fetters and headsmen were the coarse instruments that tyranny formerly employed; but the civilization of our age has perfected despotism itself, though it seemed to have nothing to learn. Monarchs had, so to speak, materialized oppression; the democratic republics of the present day have rendered it as entirely an affair of the mind as the will which it is intended to coerce. Under the absolute sway of one man the body was attacked in order to subdue the soul; but the soul escaped the blows which were directed against it and rose proudly superior. Such is not the course adopted by tyranny in democratic republics; there the body is left free, and the soul is enslaved. The master no longer says: “You shall think as I do or you shall die”; but he says: “You are free to think differently from me and to retain your life, your property, and all that you possess; but you are henceforth a stranger among your people. You may retain your civil rights, but they will be useless to you, for you will never be chosen by your fellow citizens if you solicit their votes; and they will affect to scorn you if you ask for their esteem. You will remain among men, but you will be deprived of the rights of mankind. Your fellow creatures will shun you like an impure being; and even those who believe in your innocence will abandon you, lest they should be shunned in their turn. Go in peace! I have given you your life, but it is an existence worse than death.” 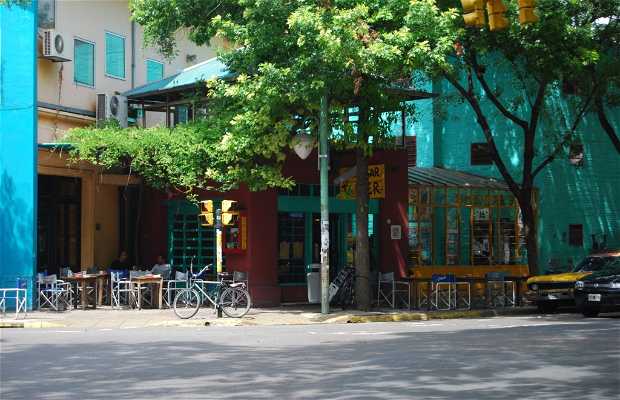 Today a friend (unprompted) told me that he enjoys my blog posts. This is happening relatively frequently nowadays and I am of course every time delighted. I do write to be read. I am happy that my writings find resonance in other people’s minds.

But it also gives me pause. I am somewhat fearful of getting too many accolades from the people whose opinions I value: I am afraid that they might disagree with my next post or find it disappointing. But if I start thinking about what they like or do not like, I am no longer writing what I like or what I think. I am then writing what I think other people think I should write.

Now, this may be seen as a simple catch-22 problem that had always plagued the relationship between writers and readers. But it is, I think, made worse with commercialization of all opinion. Pleasing others is a necessary condition to be successful and to make money. Adam Smith was entirely right when, among the virtues of the market economy, he listed (perhaps ahead of any other virtue) that the baker in order to sell us bread has to consult his own self-interest which, unless he pleases us, will remain unfulfilled. (This is just the other side of the equation that we do not expect bread from the baker’s benevolence but from his self-interest). Yet this, which is an advantage in most of human interest-driven interactions, may be a disadvantage in some of the more intellectual pursuits.

If our subsistence as writers depends on writing things that please the greatest number of people, it is not only that we do not express ourselves and our opinions any more, it is also that we do not advance the debate. We are centred around what the received wisdom, the common-places of the time are, and about what the majority believes. In order to go forward though, as we know from history, we need active minorities. But if nobody dates express opinions of an active minority for fear that his own livelihood would be affected—not because he or she would be jailed for dissension—but because he would be a failed writer or opinion-maker, not likely to be hired by anyone, is not the outcome the same?

Perhaps the most important reason I like Kafka (although I admit that I would not, right now, reread most of his books, but would definitely suggest reading his Diaries) is that we know that he was not writing for the others. He was doing it all for himself. When we read him we are indeed in direct contact with what he believed—whether we agree with it or not. But when art and opinion-making are fully commercialized only those who are rich or indifferent to wealth (the latter category is tiny) can afford Kafkaian luxury. This is why no Hollywood or Netflix movie can be really thought genuine: the authors have to redesign the plot, the heroes, the actors to please the audience. Why would a studio otherwise finance a movie that upsets the audience and that no-one cares to see?

In our writing or any other creative work (say, even when writing a very technical paper in economics) we always have—some of us more, others, perhaps, less—to keep in the back of our minds the work’s usefulness, or more exactly its “pleasantness” and thus ultimately its commercial value. I found this out with my own blog posts that, when they were not carried over integrally tel-quel, made some media outlets ask that some parts be expanded and other shortened: not because they were in the business of censorship but because they wanted to please their readership and to second-guess what their readers wanted to hear. They believe that their audience would like to hear from me more on X, and less on Y. But what happens when I really want to write about Y and not about X? Who am I then? Am I the person who cares about Y or am I the person who wants to make you believe that I care about X?

When I was recently in Buenos Aires, I came, by chance, to a square in Palermo that carries the name of Julio Cortazar. I suppose that he either lived, or was born there. I loved his writings from the very first time when I discovered them in a literary periodical published in Belgrade in the 1970s. A couple of decades later I wrote down (in my own translation) those lines from one of his short stories. And I often think that they apply to everything that we, the engineers of human souls, do:

“And after they did all that they usually do, they get up, take a shower, put a cream on their faces, perfume their bodies, get dressed, and thus slowly become again what they really are not.”

Why is it that a small think tank of the Scottish Left is able to do something that no government in the world is capable of: Planning a Green New Deal in detail? Common Weal […]

Philip Rathgeb, Arianna Tassinari – The Eurozone poses Challenges for Labour at large – and not just for the ‘South’

In the aftermath of the sovereign debt crisis, trade unions in the Eurozone periphery suffered heavy defeats in policy-making, as governments implemented liberalising reforms against their opposition. Some scholars saw this as indicative of a […]

Can workers access their data and use it to build their power? The Gig Economy Project looks at a fascinating case study from Geneva, Switzerland, to find out. Every worker in Europe has the right […]