Understanding the creation of the Soviet Union and its relation to the national states that joined it. 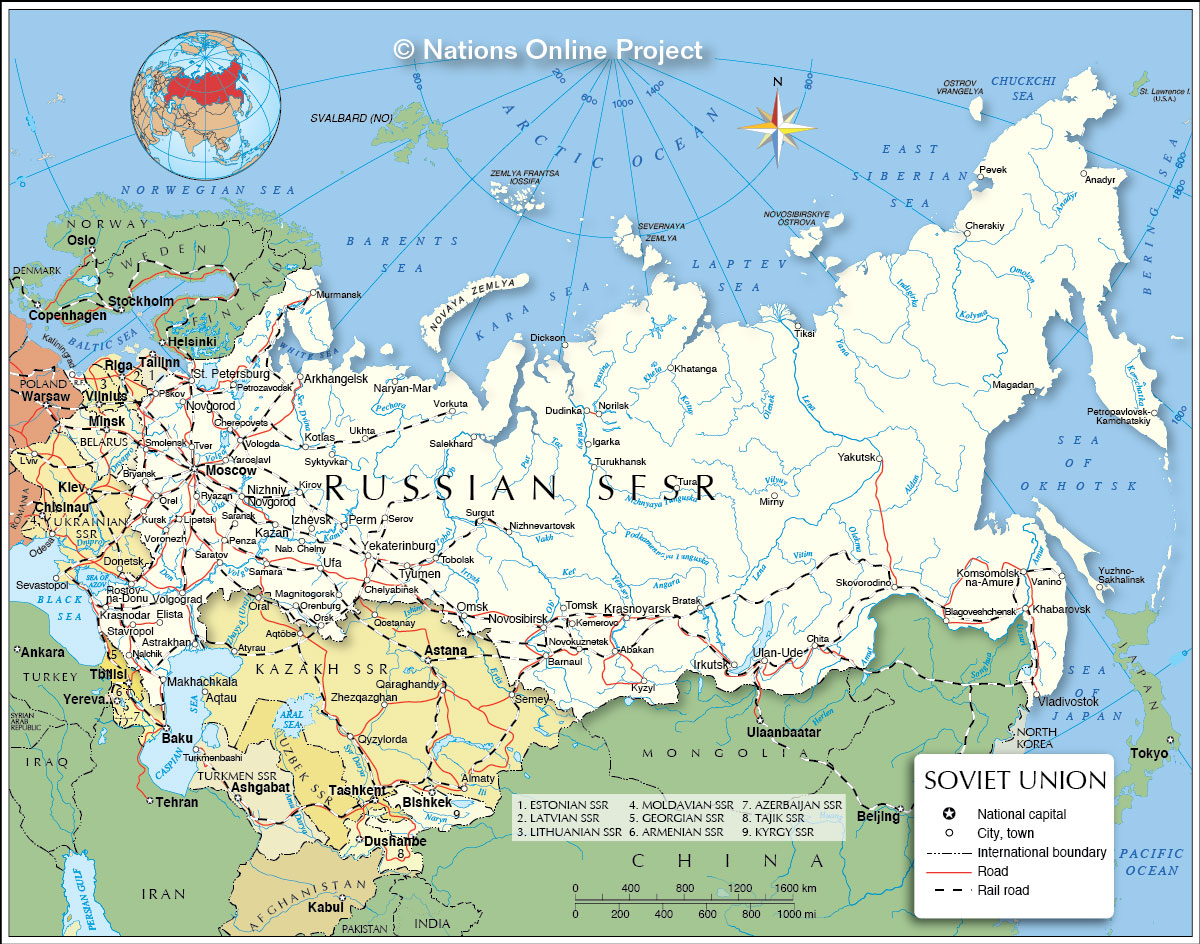 When Putin in his ideological salvo that preceded the actual war in Ukraine placed the blame for the existence of the Ukraine within its current borders on Lenin, Stalin, and Khrushchev, he not only opened up the Pandora’s box of borders, but led to the renewed discussion of the creation of the Union of Soviet Socialist Republics in December 1922. (Putin’s blaming of the three Soviet leaders was as following: Lenin for ignoring the Russian majority population in the Donbass and thus “giving” the Donbass to Ukraine; Stalin for “giving” the eastern part of Poland after World War II to Ukraine, and Khrushchev who “for whatever reasons” decided in 1954 to transfer the Crimea to the Ukraine.)

There is often very little understanding among many, especially young, people about the ideology behind the creation of the Soviet Union. In an otherwise good article recently published in the “National Interest”, Mark Katz rejects Putin’s critique of Lenin by arguing that “instead of blaming Lenin, Putin should draw lessons from Lenin’s realisation that a more accommodative approach toward Ukrainian nationalism would better serve Russia’s long-term interests”.

Finally, there is a third group of facts, which also call for union and which are associated with the structure of the Soviet regime, with the class nature of the Soviet regime. The Soviet regime is so constructed that, being international in its intrinsic nature, it in every way fosters the idea of union among the masses and itself impels them to take the path of union. Whereas capital, private property and exploitation disunite people, split them into mutually hostile camps, examples of which are provided by Great Britain, France and even small multi-national states like Poland and Yugoslavia with their irreconcilable internal national contradictions which corrode the very foundations of these states— whereas, I say, over there, in the West, where capitalist democracy reigns and where the states are based on private property, the very basis of the state fosters national bickering, conflicts and struggle, here, in the world of Soviets, where the regime is based not on capital but on labour, where the regime is based not on private property, but on collective property, where the regime is based not on the exploitation of man by man, but on the struggle against such exploitation, here, on the contrary, the very nature of the regime fosters among the laboring masses a natural striving towards union in a single socialist family. (my emphasis)

Very similar statements are repeated in several publications, speeches and interviews that Stalin gave at that time. The links are here and I would suggest that people read at least some of them. For my purpose here, the key thing to understand is that the ideology behind the creation of the Union was not whether that Union, with the Ukraine defined one way or another, would be more or less stable at Katz implies, but that the Union is simply the reflection of the end of national and class contradictions that come with the socialist revolution. It is thus a “natural” striving of peoples liberated from under the rule of capital, and –the most important point—it is therefore is open for all other parts of the world that, sooner or later, may also become free. The USSR was thus created not as a finished state, but as an open-ended state that would grow as socialism spreads to the extent of including within it all European, and perhaps even all countries in the world.

To make this union more attractive, the open-endedness was not only in accepting the new countries, but in allowing those that are included to leave. Thus “the character of the union should be voluntary, exclusively voluntary, and every national republic should retain the right to secede from the Union. Thus, the voluntary principle must be made the basis of the Treaty on the Formation of the Union of Soviet Socialist Republics”. Here the point is made by Stalin, but Lenin, as is well-known, insisted on that double open-endedness even more.

Consequently, it is not the political stability of what then constituted the USSR that was of paramount importance to its Bolshevik founding fathers but its openness. This is a point on which Lenin, Trotsky, Stalin and the entire leadership were in full agreement. The new federated Soviet Union was not the end- formation, but the beginning-formation. The Bolsheviks expected the success of the revolution in Germany, Austria and Hungary any time. Thus they expected that these new Soviet republics (as they indeed called themselves) would soon join them in a federated state even if they were for now defeated. It is notable that the USSR has no geographical denomination in its name. When the United States of America were created (in a somewhat similar fashion like the USSR) the founding fathers did include a geographical limit in its name. Not so the Union of Soviet Socialist Republics.

It is then fully understandable that Mao Zedong proposed in 1949 to Stalin that China join the USSR (Stalin, after some reflection, rejected the idea). It was a “normal” view entertained by many communists world-wide. When the communist revolution won in Yugoslavia, many people there thought that the next step would be the accession to the Soviet Union. I recall my father’s friends in 1960s in their conversations talking of believing in the 1940s that Yugoslavia would immediately apply to become another republic of the USSR.

Perhaps for today’s generations that know very little about the communist ideology and the forces that led to the creation of the USSR, this may be difficult to grasp, but it would help to think by analogy: if instead of the USSR they think of the European Union. The EU is a similar supra-national and ideological creation, and it is at present thought “natural” in many parts of Europe to believe that countries will ultimately “accede” to that Union. It was likewise thought “natural” among the communists that, as individual countries became free, they would “accede” to the Soviet Union.

One can think of at least two other historical precedents when ideological homogeneity was thought sufficient to trump over all other allegiances including national. The first precedent is the Christian empire that was thought indissoluble and one. The emperor in Constantinople was thus shocked when the Pope decided to bestow the crown on Charlemagne and create yet the second Christian emperor. It was thought inconceivable that Christians would have two different empires since they were all just that: Christians. Another example is Islam where too, at the origin, it was believed that all Muslims, anywhere in the world, would be united into a single political union, the khalifate. That too rather quickly evaporated. But as in the case of communism and the Soviet Union, it is important to understand the ideological motives of the founders and not to ascribe to them the goals that seem reasonable to us now, but that they simply did not have at the time.

This review of a new book is in two parts as there is much to say. Here is the first part. Michael Roberts is an Economist in the City of London and prolific blogger Cross-posted […]

Heikki Patomäki – Uncertain Future of the EU: The Role of Reflexive Anticipations

“The EU system of governance is thus premised on false beliefs that it then reproduces in a self-fulfilling manner. We should evaluate negatively institutions that are responsible for the re-production of false beliefs and their […]