European governments have reacted swiftly to the COVID crisis and are now discussing ways to mutualise the cost of the epidemic. This column proposes the creation of a progressive, time-limited, European-wide progressive wealth tax assessed on the net worth of the top 1% richest individuals. If fighting COVID-19 requires issuing 10 points of EU GDP in Eurobonds (or a rescue fund worth 10 points of EU GDP), a progressive wealth tax would be enough to repay all this extra debt after ten years.

Emmanuel Saez is Professor of Economics and Director of the Center for Equitable Growth, University of California Berkeley

Gabriel Zucman is Professor of Economics, University of California Berkeley 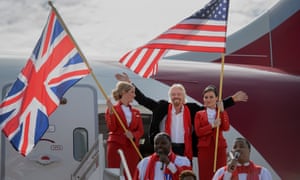 European governments have reacted swiftly to the COVID crisis and are now discussing ways to mutualise the cost of the epidemic. This mutualisation is not only politically sound to save the European project, it is also the optimal response from an economic perspective. The COVID shock, sudden and massive, puts European countries with limited fiscal room, such as Italy, under financial stress. Mutualisation is the most efficient way to allow these countries to quickly implement the policies necessary to deal with the public health crisis and shield the population from economic hardship. Solidarity is the best strategy given the large positive externalities that swift public health and stimulus policies in one country have for other EU member states.

Various options on how to mutualise the cost of the pandemic are on the table.1 One option involves a new dedicated European Stability Mechanism (ESM) credit line with limited conditionality. Other options involve the issuance of Eurobonds, or the creation of a EU coronavirus rescue fund.2 Whatever the exact implementation details, all these options will benefit from the backstop of the ECB, so that in the short and medium run, all countries will have the necessary liquidities to fight the virus. But the question of how to deal with the mutual legacy debt, after the crisis is over, will arise. The danger is that, when the worst of the crisis passes, the sense of solidarity quickly evaporates and Europe repeats the tragic mistakes of the European debt crisis, which hampered a swift recovery from the Great Recession.

This is why it is essential to define a clear and common strategy for the repayment of any extra debt now. A clear strategy will not only favour a rapid economic rebound after the crisis, it will also facilitate the political acceptability of putting in place Eurobonds (or a common rescue fund) today, by clarifying the allocation of the costs.

What does economic history teach us about fair and effective ways to deal with public debt overhang? We can look back at how governments dealt with the massive public debt accumulated over the course of the first half of the 20th century. In hindsight, Germany followed the best path. Instead of inflating its debt away, like France did immediately (with 50% annual inflation rates between 1945 and 1948) or like the UK did more gradually (only erasing its massive debt in the 1970s with double digit inflation rates for an entire decade), Germany put in place progressive wealth taxes. These taxes, which applied to net wealth (all assets net of debts), were time-limited, and highly progressive, paved the way for the German post-war economic miracle (Hicks et al. 1941, Eichengreen 1990, Hughes 1999). We would be wise to follow the example Germany set after WWII. This is why we propose the creation of a progressive, time-limited, European-wide progressive wealth tax assessed on the net worth of the top 1% richest individuals. The revenues would be dedicated to the repayment of Eurobond issued during the COVID crisis or to the funding of a common rescue fund.

Why is a progressive European wealth tax the best solution? Issuing public debt is effectively transferring wealth from the public sector to the private sector. Individuals who keep their incomes during the crisis cannot consume as much, and therefore save more. These savings finance the new public debt that helps those who lose their incomes during the crisis. As a large increase in public debt means a large creation of private wealth, it seems natural to ask private wealth to contribute to repaying the public debt after the crisis. As private wealth is fungible, it is not reasonable to ask only those who own the Eurobonds to contribute to repay the debt. That is why a wealth tax based on comprehensive wealth makes the most sense. A wealth tax is preferable to inflation because it would provide clarity on the allocation of costs while inflation redistributes wealth in an opaque and chaotic manner.

The most vulnerable have been hit disproportionately by the lockdown, as most high-income earners can still work from home and the wealthy can use their wealth to weather the shock better. Therefore, making the wealth tax progressive makes sense as well. Given that wealth is very concentrated — more than income and consumption — it is the most progressive fiscal tool.  The top 1% wealthiest individuals own around 20%–25% of total wealth in France, Germany, Spain, and in Scandinavia.3 This means that a wealth tax levied only on the top 1% wealthiest Europeans would generate a large amount of tax revenue while preserving wealth for the bottom 99%.

Why levy this tax at the European level? First, because this is probably the best level to implement and enforce an effective wealth tax. With a European wealth tax, migration of wealthy taxpayers within the European Union becomes irrelevant (Kleven et al. 2020). Enforcement is facilitated by cross-border bank and tax administration cooperation (Saez and Zucman 2019). Most importantly, a tax at the European level would be a concrete embodiment of European solidarity in the fight against the COVID epidemic. It would shift the discussion about how to pay for the costs of the crisis away from a question of international transfers (across European countries) and instead focus the discussion on transfers across individuals according to their means (irrespective of their nationality). This would overcome oppositions based on selfish national self-interest, and contribute to creating a sense that Europe can indeed work for everyone.

Some may argue that there is currently no legal basis for a European tax. But treaties can and will be changed to allow for debt mutualisation. There is no reason to believe that the arguments that justify the need to coordinate our response to the virus cannot similarly apply to justify coordination in the payment of its costs. Should an EU-wide agreement fail to materialise, a smaller group of countries could choose to create a common wealth tax, eventually paving the way for a EU-wide tax.

By our estimates, an EU wealth tax on the top 1% could generate a sizeable amount of tax revenues. To see this, start from the fact that aggregate EU household wealth is worth about five times GDP (Piketty and Zucman 2014). The top 1% wealthiest European adults own approximately 22.5% of total wealth, and the top 0.1% approximately 10%. The European wealth tax we propose would exempt individuals below the top 1% threshold (which is around €2 million); it would only tax wealth above this threshold. The taxable wealth would represent about 60% of the total wealth of the top 1%, that is, the equivalent of 67.5% of the GDP of the EU.4 The taxable wealth above the top 0.1% threshold (which is around €8 million per adult) would represent 30% of EU GDP. Based on Forbes billionaire data for 2019, there were 330 EU billionaires with a collective taxable wealth almost exactly equal to €1 trillion, about 7% of EU GDP. A progressive wealth tax at a rate of 1% above the top 1% threshold and an additional 1% above the top 0.1% threshold, and an additional 1% above €1 billion, would thus raise 1.05% of EU GDP in revenues each year.5 If fighting COVID-19 requires issuing 10 points of EU GDP in Eurobonds (or a rescue fund worth 10 points of EU GDP), a progressive wealth tax would be enough to repay all this extra debt after ten years.

What about the risks that taxing wealth may hinder growth coming out of the recession? It is likely that, compared to other forms of fiscal consolidation or public expenditure contraction to repay for the COVID Eurobond debt, a wealth tax is the less likely to harm growth. In large part because a time limited wealth tax operates like a capital levy: you tax past accumulation but the returns to current investment and innovation are unaffected. It is worth bearing in mind that such tax rates (1% above €2 million, 2% above €8 million, 3% above €1 billion) are neither large nor unprecedented. They are in line with the rates applied by the many European countries that had wealth taxes until recently, such as France, Germany, Denmark and Sweden and as in recent proposals for a federal wealth tax made in the US (Saez and Zucman 2019).

Politically not all that much has changed for the Catalans under Spanish domination, be it under fascism or liberal-democracy Toni Strubell  is a former MP in the Catalan Parliament, journalist, and author of What Catalans […]

Most UK buyers of off-road cars designed for rural use are urban motorists, worsening city congestion and air pollution.  Alex Kirby is a former BBC journalist and environment correspondent. He now works with universities, charities […]