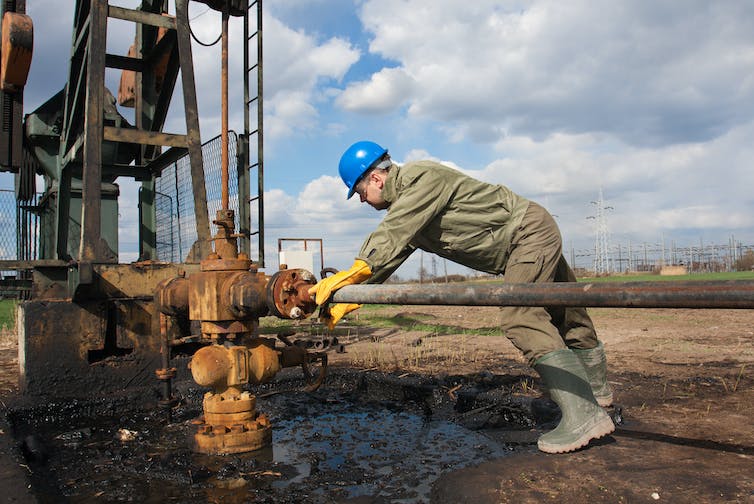 Five young people whose resolve was hardened by floods and wildfires recently took their governments to the European Court of Human Rights (ECHR). Their claim concerns each country’s membership of an obscure treaty they argue makes climate action impossible by protecting fossil fuel investors.

The energy charter treaty has 52 signatory countries which are mostly EU states but include the UK and Japan. The claimants are suing 12 of them including France, Germany and the UK – all countries in which energy companies are using the treaty to sue governments over policies that interfere with fossil fuel extraction. For example, the German company RWE is suing the Netherlands for €1.4 billion (£1.2 billion) because it plans to phase out coal.

The claimants aim to force their countries to exit the treaty and are supported by the Global Legal Action Network, a campaign group with an ongoing case against 33 European countries they accuse of delaying action on climate change. The prospects for the current application going to a hearing at the ECHR look good. But how simple is it to prise countries from the influence of this treaty?

The energy charter treaty started as an agreement in 1991 which guaranteed legal safeguards for companies invested in energy projects such as offshore oil rigs. Under Article 10 (1) of the treaty, these investments must “enjoy the most constant protection and security”. If government policies change in order to curtail these projects, such as Italy’s 2019 decision to ban drilling for oil and gas within 12 miles of its coast, the government is obliged to compensate the relevant company for its lost future earnings.

The legal mechanism which allows this is known as an investor-state dispute settlement. A letter to EU leaders signed by 76 climate scientists argues this could keep coal power plants open or force governments into paying punishing fees for shutting them down, at a time when deep and rapid cuts to emissions are desperately needed.

Money spent compensating fossil fuel investors will deprive investment in renewable energy and other things vital to the green transition, such as public transport. While withdrawing from the energy charter treaty is possible for any country to do, losing the benefits of membership – such as fewer duties and taxes on imports of oil and gas – will make it a difficult decision.

Furthermore, the obligations of countries that have been signatories to the treaty are not nullified upon exiting it, but instead linger for 20 years thereafter. Investors can still bring disputes against former members and, if successful, must be compensated by the state in question. Russia and Italy withdrew from the energy charter treaty in 2009 and 2016 respectively, and continue to face multiple claims.

Meanwhile, the European Commission is poised to expand the influence of the energy charter treaty into countries in Africa and Latin America, potentially embroiling these states in the same investor-state dispute settlements that have hindered climate action in Europe.

The political declaration for a new international energy charter, based on the principles of the original European treaty, was signed by 87 countries in 2015. Negotiations continue, but the 25-point list setting out the priorities of the signatories only includes one reference to “sustainable development”.

An update on negotiations mentioned that existing fossil fuel investments are due to be protected until 2033, meaning governments will be liable for compensation if they close a coal plant prematurely. The UK and EU reached a deal to exempt new fossil fuel projects from protection as of mid-August 2023.

Drastic action is urgently needed to meet the goals of the Paris Agreement and reduce greenhouse gas emissions in line with limiting warming to 1.5°C at best and 2°C at worst. Countries will need to regulate and close emission sources – yet at the same time, fossil fuel investors, including oil and companies and energy utilities, are asking for more time and money in order to adapt to the transition.

The claim filed by RWE against the Dutch government in February 2021 argued the latter had failed to give enough time for the company to transition from coal to biomass. But this is something the Dutch government cannot afford to do – it was found to be acting unlawfully by its own supreme court in 2019 in taking too long to implement emissions cuts.

One way to address this problem is for parties contracted to the energy charter treaty to withdraw from it en masse, and so escape the sunset clause which holds them liable two decades after leaving. These countries could also enter into a separate agreement to exclude investor-state dispute cases against each other.

Sustained public pressure – and a favourable ruling in the ECHR for the five claimants – could encourage enough governments to act decisively, fatally weakening the treaty and its grip on international climate action.

Taxi drivers in Madrid and Barcelona temporarily terminated their strike Wednesday night. The decision was made following an emergency meeting between national and regional authorities concerning Über and Cabify, which the taxi sectors views as […]

Parallels and differences between the polio epidemics and Covid Patrick Cockburn is the author of War in the Age of Trump (Verso) Cross-posted from Counterpunch Patrick Cockburn aged seven, in a wheelchair after catching polio in 1956 in […]