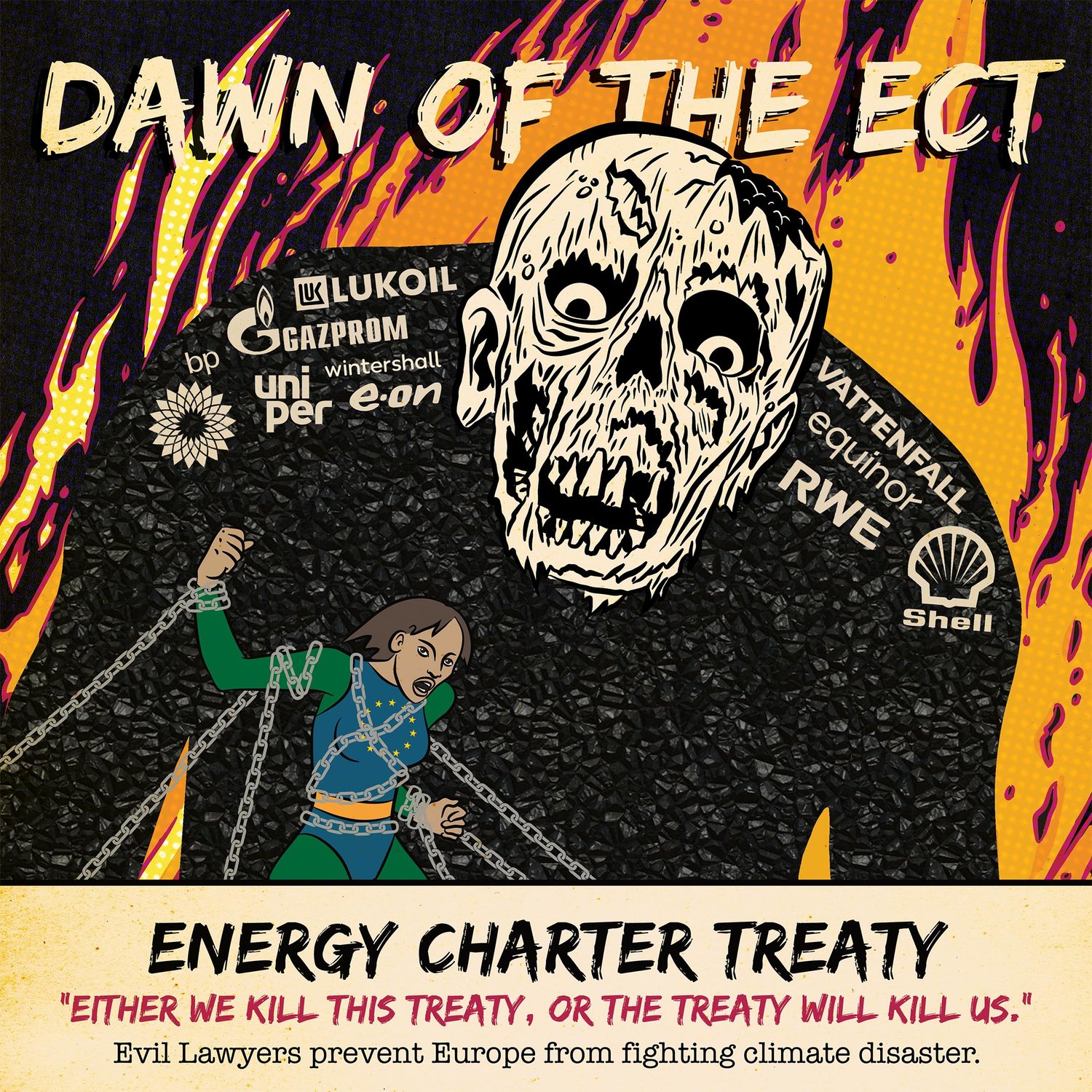 “The ECT is the most powerful weapon in the hands of fossil fuels companies. Put it simple, this treaty is a major threat to the EU energy sovereignty, green deal, and climate justice goals. This timely comic is of high importance to ensure the French Presidency will end the participation of EU countries to this ecocide treaty.”

“The Energy Charter Treaty is the arguably largest and most arcane obstacle to climate action: it forces countries who want to reduce emissions to pay compensation to fossil fuel companies. Sounds terrible? Sounds complicated? It’s both. This comic will help you figure out what is going on through thoroughly researched cases. Read, share and convince your politicians to stop the ECT!”

”The one thing I would say is that this is the biggest threat to climate policy around the world, and most people don’t even know this shadowy, quasi-legal system exists, let alone how it works. If we have any hope of disarming it, we need folks to be aware of what’s happening!”

Bill Mitchell: The European Union once again reveals why it should be dissolved

With laws and rules and everything being “so complicated” the EU avoids any real scrutiny. Bill Mitchell is one of the few exception.s Read here

France, once Europe’s top power exporter, may not produce enough nuclear energy this winter to help European neighbours seeking alternatives to Russian gas, and may even have to ration electricity to meet its own needs. […]

Who would have thought: Big banks are pumping billions into new oil and gas production despite net zero pledges, campaigners have said. Read Here