The EU political class has made a mess of COVID, the economy is a disaster, chaos reigns. It is time for a racial scapegoat. 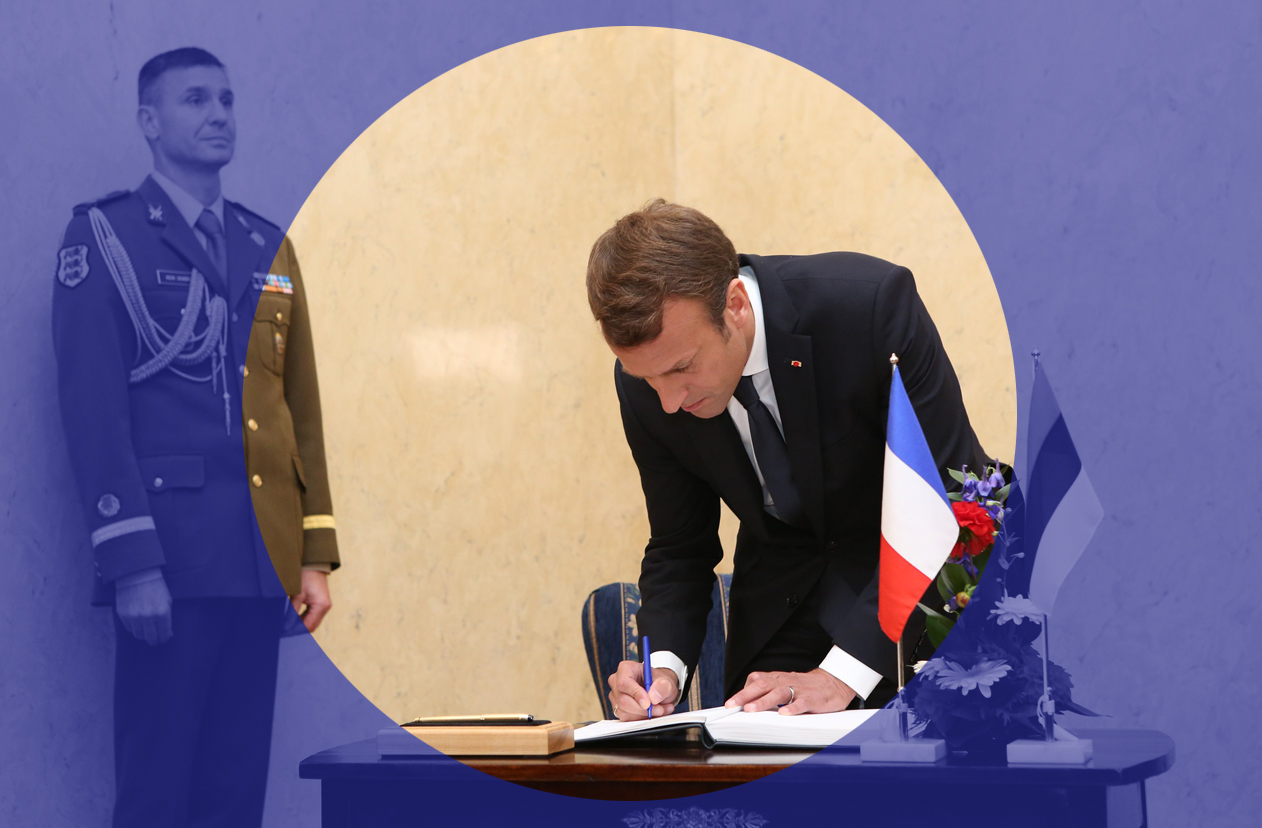 When Emmanuel Macron came to office 2017, his promise to the French business community and state is that he would achieve long wished-for ‘reforms’ (cuts to workers rights and social security) which previous governments have failed to achieve. He would refuse to be faced down by the French streets, and would be – in his words – a “Jupitarian” President, commanding from above the petty concerns of groups of citizens.

Since then, he has been forced to back down at several key junctures. The latest is the retreat over a new security law, prompted by mass demonstrations on Saturday (28 November). The protests, instigated by the appearance of a video showing police beating black music producer Michel Zecler, stirred existing fears over Article 24 of a global security law, which would make it an offence to publish images of police officers online. Parliamentary representatives of Macron’s centrist party have now announced plans to amend the law.

It is the first defeat for a package of measures announced by Macron after a series of attacks by individuals apparently motivated by Islamist ideologies, including the killing of school teacher Samuel Paty and a knife attack that killed three in a church in Nice, both in October.

The attempted prohibition of basic journalistic reporting of police activity is part of a clamp-down on what has been peculiarly titled “Islamist separatism” by the president – seemingly an allusion to the idea that Islamist movements are created by self-segregation, ignoring the ghettoisation of Muslim and black communities in France strongly linked to the French empire in Africa.

These measures are particularly targeted at children and would involve new forms of state surveillance on both the Muslim community and wider French society, including issuing a national identification number to all children and a clamp-down on home schooling.

The interior minister charged with this campaign of extending state surveillance, noted social conservative Gérald Darmanin, explained the intended effect of the new plans when he revealingly stated: “We must save our children from the clutches of the Islamists”.

Meanwhile, Macron gave Muslim leaders just 15 days to sign up to a “charter of republican values”. This ultimatum makes demands of the Muslim community which fly in the face of the supposed traditions of French secularism, thought it was precisely this tradition in which it was supposedly proclaimed. They include that Muslim clerics must have their teachings and activities authorised by the state (the opposite of secularism as commonly understood) and a law that asserts the non-political character of Islam.

The phrase ‘Islamo-gauchism’ (Islamo-leftism), the modern avatar for ‘Judeo-Bolshevism’, a common accusation from racists in the 1920s and 30s, has gained new currency in the French press. Some of the most hysterical ideologues, like public intellectual Pascal Bruckner, portray the Muslim community as an “Islamic hydra” which extends its influence into vast areas of social life, controlling education, protest movements, and even parts of the coercive state like the police. In other words, ‘the Muslim’ is taking on an analogous image to ‘the Jew’ on the far right, but also beyond into ‘respectable’ culture and media.

This radicalisation of the French state and its defenders will not deal effectively with the problem of Islamist attacks, and it is only likely to promote attacks by the racist far right.

In truth, Macron is attempting to catch a much wider element of dissident and ‘undesirable’ elements in his reforms and the accompanying clamp-down on Muslim civic life in France. These include the Yellow Vests movement – perhaps the most serious threat to the French state since May ‘68 – and the strike waves and banlieues riots of recent years. He also wants to reframe French politics as a contest between muscular, nationalist centrism and the far right as represented by the National Rally (formerly National Front). In this broader effort, the black community, trade unionists, the organised left, anti-racists and Muslims are all targets.

And yet it is as a mutation of Islamophobia that Macron’s campaign is perhaps most significant. The project of creating an anti-Muslim mood through legislation and systematic messaging about the alleged dangers posed by the Muslim community was inaugurated in its modern form (though in some countries like France it has antecedents) by the ‘War on Terror’.

It experienced its second mass mutation and radicalisation with the refugee crisis of 2015 and after, which saw far right parties manipulate the issue of refugees arriving in European countries (often from war-torn, majority Muslim nations) amid a wider mood of political disenchantment and economic austerity.

Now we are in danger of suffering a third radicalisation, as the pandemic once again shatters security for millions of Europeans. Frightened by years of unrest before the lockdowns, Macron and the French state are reaching about for enemies who can be used to reframe politics.

They aren’t alone. At the same time as Macron launched his offensive, Austria’s right-wing Chancellor Sebastian Kurz announced a similar raft of measures, including a ban on “political Islam”. These clauses, seeking to ban a political ideology with tens of millions of adherents world wide, have another connexion – the gathering tensions in the Eastern Mediterranean, where France is on a collision course with Turkey (whose government is politically Islamist in character).

The new tensions in the global system which are being accelerated by the pandemic are adding in spades to a domestic mood of authoritarianism in some of Europe’s key states. Far from receding with the tides of history, Islamophobia is likely to remain a serious threat in western politics.

Anne Dufresne, Bruno Bauraind – The new “taxi plan” in Brussels: Towards an Uberisation of the sector?

Anne Dufresne and Bruno Bauraind, researchers at GRESEA, find that the new “Taxi Plan” for Brussels, which came into effect on 21 October and is aimed at resolving continual conflict between Uber and taxis since […]

One need not break up monopolies if they provide basic services and letting predatory capitalism continue, but to nationalise them to serve the common good. John Weeks is Professor Emeritus, School of Oriental & African […]