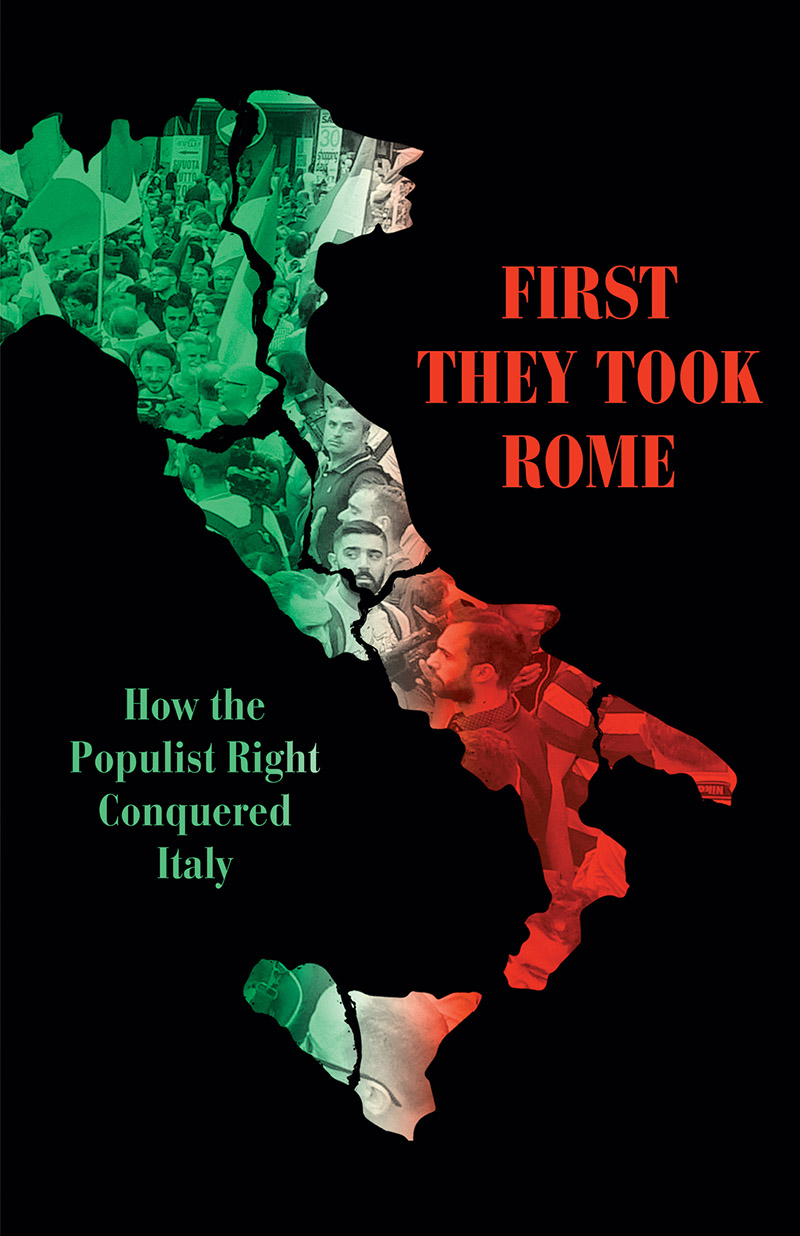 Not so long ago if you heard Italian spoken in the UK you could be reasonably sure that it would be by tourists. In my native Scotland famous Italian Scots like the sculptor, Eduardo Paolozzi, the violinist, Nicola Benedetti, or the writer Alexander Trocchi, the children or grandchildren of Italian emigrants from before the Second World War. Post-war Britain, unlike Germany, was not the object of a wave of Italian migration.

Today, in London or Edinburgh, there are numerous young Italians who have escaped their country to find work, unavailable at home or unavailable because they don’t have the necessary “recomendazione,” recommendation, needed to obtain a post and so much else in Italy.

This influx of young Italians has occurred in Berlin, Amsterdam and other northern European cities.

The return of mass emigration has deep economic roots but is also a product of a deep alienation of the Italian political system.

This is traced very well in David Broder’s book which succinct but constantly on the money.

Once, the Italian political system was very simple and stable. From the fall of fascism and the end of the war until 1991 Italy was ruled by the Christian Democrats, latterly in coalition with the Socialists (even more venally corrupt than their partners). The opposition was the Communist Party, the largest outside the Communist bloc, but who were permanently excluded from office after the Cold War brought an end to a coalition of anti-fascist parties.

Two things swept all this away. A huge corruption scandal in 1992 which engulfed and destroyed both the Christian Democrats and the Socialists and provoking huge demonstrations; and, earlier, the collapse of the USSR and the decision of the Communists to end the party’s existence and create the Democratic Socialists (the second part of that title would be dropped as the new party aped Bill Clinton and Tony Blair).

This was in effective suicide, the Communists still had over a million members, its vote had held up and it was, mostly, free of corruption.

The collapse of the established political order opened the way for a continual process, which Broder explains well, of new parties emerging to make spectacular break trough’s, almost entirely on the right.

In the 1990s the first two up were the Lega Nord (Northern League) and media tycoon, Silvio Berlusconi’s Forza Italia (Come on Italy). Bother built in the most part from the wreckage of the Christian Democrats. The former championed a break way Padania, comprising Italy north of the Po River, to escape the super bureaucratic Italian state and its drain on the prosperous north to the benefit of Rome and the South, whose inhabitants were portrayed as indolent, corrupt and spongers.

What the Lega did was build a party based on local branches which held street sales, door to door canvasses and held local meetings.

In contrast Forza Italia relied on Berlusconi’s TV channels to build its support, and while it proclaimed itself as steadfastly free market its main concern was to feather Silvio’s nest.

On the left the Democrats shift to being the true neo-liberals and the champions of the European Union began a long process of their hollowing out their membership and electoral support (not so unusual for the European Socialist Parties).

That left many working class and young people with no electoral home. Among the latter it became common just not to vote. For a while the creation of the radical left Rifondazione Comunista (Refounded Communists) provided a home for some, with some 150,000 members and around eight percent of the vote. It was open to the social movements and its finest moment came around the Genoa G8 summit in 2000, where mass protests met the brutality of the Italian state, and which was followed by two or three stormy years when it seemed street and industrial protest could topple the government of Berlusconi.

That did not happen and Rifondazione entered into an alliance with the Democrats and Romano Prodi, an alliance which in 2006 squeezed into government. It was a truly neo-liberal administration and by remaining loyal too it Rifondazione was wiped out at the next election.

The result was that the Italian radical left is virtually non-existent and the cynicism over “politics” accelerated among the young.

Today it’s hard to recall but in the 1990s Italian governments liked to boast that their country’s economy would overtake the UK’s. It had the second biggest industrial sector in the EU.

But Italian political life, and much else, academia for instance, was dominated by old men, who milked their positions for what it was worth and for the benefit of their children, Broder’s chapter heading “A Country for Old Men,” hits it on the head.

What did for the Italian economy was the requirements it had to meet to join the Euro; loss of control over interest rates, inability to devalue its currency, budget controls from Brussels and much that is familiar. The result has been two and more decades of stagnation and economic crisis following the 2008 financial crash and the subsequent Eurozone crisis.

The one way Italian employers and governments could try and compete was by reducing labour costs via the usual route of making precarious and temporary work much easier. In this race to the bottom high levels of youth unemployment co-existed with crap jobs as the only ones available to the young. Thus a huge increase in migration.

The two political casualties of this were Berlusconi, removed from office by EU fiat to make way for an unelected technocrat government, and the Democrats who under Matteo Renzi, a self-styled Tony Blair, became even more neo-liberal and even more cheerleaders for the EU.

Fast forward to the March 2018 general election. Two things happened. For the first time a force emerged which began to attract left voters and non-voters, Five Star (M5S), led by comedian Beppe Grillo using social media to create a virtual party. It was ambiguous, claiming to be neither left nor right, and attacking the other political parties as corrupt but also the EU. Its promise of a Universal Wage (Broder points out it was in reality more like the UK’s Universal Credit – not good) won it swathes of support among young people who voted for the first time but it also ate in the Democrats support.

On the right the Lega under Matteo Salvini dropped its support for an independent Padania and its racist attacks on Southerners and instead aimed its fire at migrants and the EU, swiftly establishing itself across the peninsula.

The result of the 2018 was that M5S took 32 percent of the vote, the PD vote collapsed to 18 percent, and Salvini got 17.4 percent, ahead of Berlusconi, becoming the dominant party on the right.

No government could be formed without one at least of these two parties. Eventually a M5S, Llega government emerged under a technocrat prime minister. But the contradictions within M5S erupted once in office and Salvini, as Minister of the Interior, ensured he dominated on social media with his attacks on migrants and the EU (although he did nothing to antagonise Brussels in reality).

Support began to shift from M5S to the Llega as racism became a dominant theme with all parties trying to compete as to who was hardest on immigration (another familiar tale) and, a Broder makes crystal clear, only now did the Llega begin to wing votes from the left.

This is not a happy tale but its one well told. No other book offers such a clear and concise analysis of just who much Italy has changed, for the worse in this neo-liberal world.

Another week and another chapter in the Spanish show trial against Catalan independence leaders by Spain’s Supreme Court. This week was spent trying to find out who the real clowns are – themselves. Chris Bambery […]