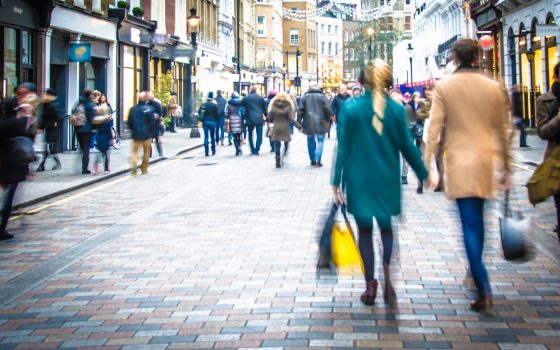 Like the 2008 global financial crisis before it, in the wake of the Covid-19 pandemic an all too predictable phenomena has emerged. Whenever new public finance statistics come out, what follows is: public debt fearmongering, false household analogies, and a flurry of commentary devoid of any semblance of literate macroeconomic analysis. Of course, understanding public sector finances is important, but headline statistics alone don’t tell us that much. And, in the rush to fetishise public debt, the real story of the macroeconomy and the fundamental role of government borrowing within it, gets missed.

The fact that public borrowing has not been this high since the second world war is serious and should not be taken lightly. But equally, the fact that financing that debt has never been more affordable is also hugely reassuring. Yet despite having countless headlines on the former throughout the pandemic, there has been precious little attention given to the fact that the government’s debt servicing costs are at historic lows. This isn’t just the fault of journalists either. The Office for National Statistics does not even lift this indicator up into its summary of the ​“main points” of its public finance statistical release – something that should be immediately rectified.

It’s hard to overstate the point about the actual cost of debt. Government borrowing has increased by nearly £300bn over the recent financial calendar year. Yet even with this increase, the annual cost of serving the entirety of government debt has fallen from £48bn a year to £38bn over the same period. Imagine taking out a larger loan for a brand new home: your overall debt increases. Then imagine the bank telling you that your monthly debt servicing payments are actually less than before you took on the extra borrowing.

Public debt and borrowing figures are often presented as a ratio to GDP (national income), and it is often erroneously assumed that the UK government should pay back this debt over a reasonably short-term horizon. However, unlike a household, a government can in theory endure forever. So technically speaking the UK government does not really repay its debt – instead it ​“refinances” or ​“rolls it over”. This is effectively econ jargon for saying the government takes out new debt to pay back the old debt.

So, for macro-economists, what actually counts is the cost (affordability) of servicing debt– whether the government can securely pay off debt interest payments. There are numerous ​“tribal” battles across the schools of macro-economic thought. Yet, there is virtual agreement across the board that public finances are sustainable indefinitely when debt servicing costs are equal to or below the growth rate of the economy. The implication, drum roll please, is that increases in public debt may not require tax rises or public spending cuts in the future. If interest rates are lower than the increase in national income, the relative debt burden will shrink with it.

The second glaring omission in the majority of the coverage of UK public sector finances has been the role of the Bank of England. In truth, the Bank of England has more of an influence over debt servicing costs even than the financial markets that the government borrows from. Moreover, if the Bank ends up permanently holding the £895bn of UK government debt it has purchased through it’s so called ​‘quantitative easing’ programme, the debt principal owed will effectively be cancelled. This would put the public debt-to-GDP ratio down to 69%, and would offset the new debt accrued during Covid more than two times over.

But all this points to perhaps an even bigger issue of concern. The fetishising and fearmongering around public debt gives an impression that the government’s financial position is the key barometer for measuring a countries economic welfare. The means to an end, has somehow become an ​‘end’ in of itself – with potentially disastrous consequences for both the economy itself, and those who live in it.

As some of have noted, in accepting the latest forecasts from the Office for Budget Responsibility (OBR), the UK government has essentially accepted that Covid-19 will lead to a permanent loss in national income. That is, GDP will be £100bn lower by 2025 than it otherwise would have been were it not for Covid – around £3,500 per household. The government has effectively committed to less economic prosperity. Strikingly, this concession has been made without any political or even economic debate – let alone news coverage.

This is in stark contrast to the approach taken in the USA. Across the pond, policymakers are clearly dedicated to ensuring there is no such long-term ​‘scarring’, by implementing an ambitious fiscal stimulus. The Institute for Public Policy Research suggests the UK government should match ambition of the Biden administration. To boost it like Biden, the UK would need an economic stimulus four times currently planned to minimise long-term scarring on businesses, workers and families.

Naturally, a Biden type stimulus for the UK may or may not come with its own headwinds and trade-offs. But at the very least, instead of accepting a permanent fall in living standards as fait accompli, let’s at least have that debate! It’s hard to avoid thinking this debate might be made much more possible, and may have happened much sooner, were it not for the debt fetishising we have ceremoniously become accustomed to instead.

With only a few days into a new right-wing UK government, a minister has conceded that extra nurses in the publicly-funded National Health Service (NHS) won’t be in place for another decade. This admission has been […]

Richard Murphy – Charles is already putting the Monarchy at Risk

Hardly had we posted our final article concerning the death of the queen, but we already have the first about her heir, already aggesively imposing an authoritarian stamp on the monarchy Richard Murphy is an […]