Guy Standing writes about Basic Income; as the economic crisis will go on for longer and will be worse the longer the pandemic itself lasts. In those circumstances, now is the time to try out different or complementary approaches and policies.

Guy Standing is a Labour economist and Professorial Research Associate at SOAS. He is author of Basic Income: And how we can make it happen (Pelican), and Battling Eight Giants: Basic Income Now (Bloomsbury, March 2020). 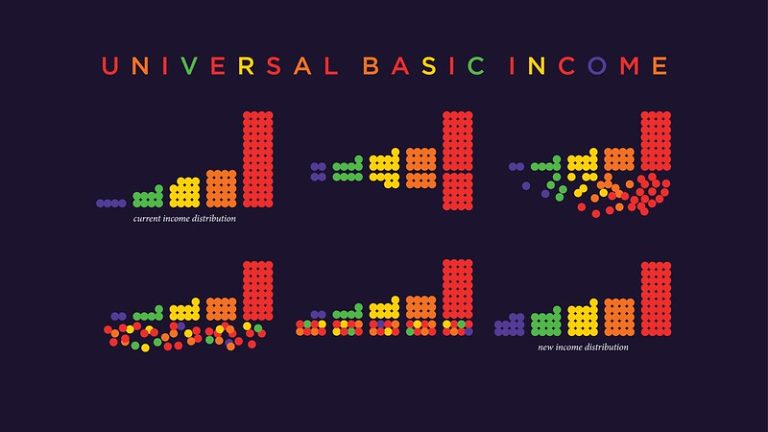 ‘In a dark time, the eye begins to see.’ Theodore Roethke’s pithy aphorism comes to mind in reflecting on the government’s spate of ad hoc economic measures since the shambles of the first Budget of a young politically inexperienced Chancellor on March 12.

One should not expect much light from a part-time Prime Minister, who may be taking parental leave soon, and a Chancellor who was a hedge-fund manager for Goldman Sachs, before operating out of a tax haven and marrying a billionaire’s daughter. Empathy with the precariat is unlikely. But being in the dark may lead them into some light.

As the hotch-potch of fiscal measures unfolds, one can predict that the anomalies will multiply, as they have been doing. One day it is the so-called ‘self-employed’, the next day it is ‘the starters’, the next ‘the fishing community’. When will it be the turn of lolly-pop ladies?  They are having a hard time.

While having some sympathy for a government having to make it up as they go along, surely this is a time for modesty and quiet experimentation. We do not know how long the medical crisis will last. But what has become clear is that the economic crisis will go on for longer and will be worse the longer the pandemic itself lasts. In those circumstances, now is the time to try out different or complementary approaches and policies.

The Labour Party put in its manifesto last year a commitment to pilot basic income. The Green Party had a full commitment to basic income. The Scottish National Party had gone further in that Nicola Sturgeon had given £250,000 to assist in the preparation of pilots in four areas of Scotland. I have just had a Zoom debate with Sir Vince Cable, and he conceded that piloting basic income would be a good idea. So, perhaps the Liberal Democrats can be regarded as supporters in prospect.

Over 170 members of the House of Common and House of Lords have signed a motion of support for basic income. On April 22, 110 MPs signed a letter to the Financial Times demanding an emergency basic income. And several weeks ago, a poll found that 84% of the public support having it.

The Chancellor has dismissed the proposal out of hand, and the Treasury has responded to a petition of over 100,000 signatories with a dismissive response that any knowledgeable economist could counter with ease. Iain Duncan Smith is trying to rally Tory MPs by claiming that a basic income would be a disincentive to work, when anybody should realise that it is his own Universal Credit that does that, through poverty traps and precarity traps, as shown elsewhere.

But this is not the time to score debating points, let alone for retreating into ideological bunkers. That applies to critics from the left as well as those on the right. We are in a dark time.

Last year, Liverpool City Council voted strongly in favour of being the venue of a basic income pilot. Sheffield followed soon after, and I recall a meeting with Coventry City councillors who also wished to be a venue for a pilot. Since then, several other local authorities have expressed the desire to be a venue. In my new book, emanating from a report done for John McDonnell, I have suggested several variants and thus a few pilots in a variety of types of community.

There should be several key points to be kept in mind by all of us. In all likelihood, if there are groups omitted from economic protection, the pandemic itself and social illness more generally will be prolonged. If one group is left vulnerable, we will all be left vulnerable. That principle should guide policy design. No exclusion.

Second, we should do everything possible to avoid means-testing. At the best of times, they result in huge exclusion errors, and some inclusion errors, and they automatically entail poverty traps and what I call precarity traps. Even the Department for Work and Pensions openly admit that over £16 billion of benefits for people eligible for existing benefits are not paid to them, due to lack of awareness, ignorance of procedures, fear and pride.

Universal Credit is and has been from its outset a disaster, being both mean-spirited, over-complicated, punitive and moralistic. This is the time to put it to sleep, in the dark, so that those who have dedicated themselves to its design and implementation can go to sleep with the consoling claim that circumstances ruined everything.

Leave them with their pride. But do not fall into the trap of saying that because hundreds of millions of pounds have been spent on it over the past decade, it must go on. Every economist of any worth knows that historical cost is not relevant in making a decision on future cost and benefit.

To colleagues and friends who are proposing schemes that involve means-testing and lots of application procedures, such as the New Economics Foundation’s proposed ‘minimum income guarantee’, one should plead for their backing for basic income pilots. A rule of thumb should be that whatever is done should minimise means tests and application procedures through an over-worked and inherently bureaucratic system. Simple automatic procedures must have high priority.

Let us all unite in this endeavour. Let the government appoint three senior persons from across the political spectrum to coordinate a few pilots in a spirit of national unity in a dark time. Try out variants of a basic income for one year, and then evaluate them. There are places ready to go.

Kyla Tienhaara – The fossil fuel era is coming to an end, but the lawsuits are just beginning

T A coal mine near the mountains in Alberta.(Shutterstock)   Kyla Tienhaara, Queen’s University, Ontario “Coal is dead.” These are not the words of a Greenpeace activist or left-wing politician, but of Jim Barry, the […]