Again another major strike being ignored in the corporate media. Like the UK University Strike, this too will have major repercussions in France. 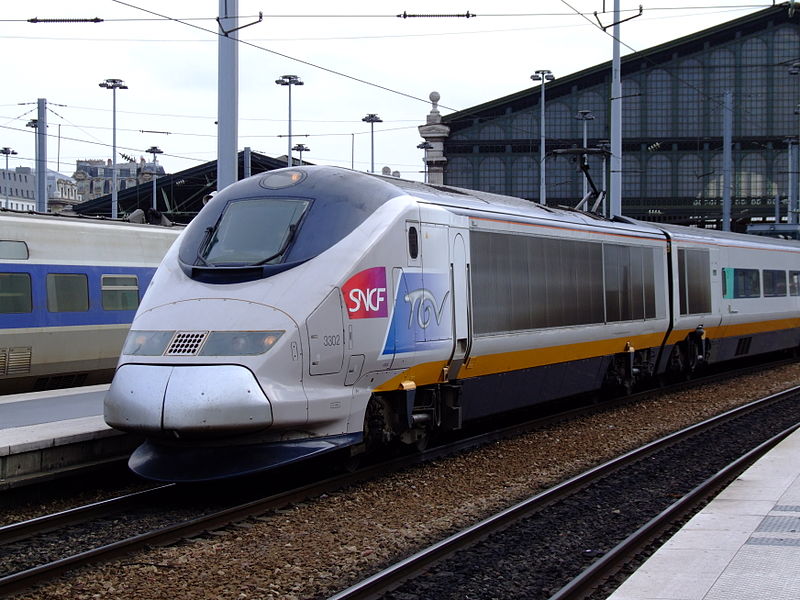 Railway trade unions have begun three months of rolling strikes from April-June 2018 against reforms to their employment rights. The outcome of this dispute will be decisive for the government and its ability to make further reforms, and for the very future of the French trade union movement.

It was only a matter of time before the status of cheminot (railway worker) was taken on by another French government. Ironically, the cheminot status was first introduced by private companies between 1912 and 1920 to attract workers to the sector and to reduce turnover in jobs with harsh working conditions. The advantages of being a cheminot include a job for life (except in the case of gross misconduct) which is also the case for public servants (fonctionnaires), a retirement age which can be from the age of 50 for train drivers and from 55 for other railway employees (from 2024 this will be 52 and 57 respectively – in the private sector the retirement age is 62), a final-salary pension scheme, access to specific health care, and free and/or reduced price travel for direct family. There are, however, a number of myths that circulate in the media and general public about the ‘privileges’ of being a cheminot, one of which is that they still have a ‘coal allowance’ (prime charbon), which was actually stopped in the 1970s.

The Juppé government tried to reform the cheminot status in 1995 but the movement against reforms was so strong they had to backtrack. Pension reforms in 2008 increased the number of years cheminots had to contribute towards their pension, and increased the contribution percentage, but otherwise the status has remained relatively unchanged.

Macron was elected in 2017 with a clear manifesto to reform, and even put a halt to, the ‘régimes spéciaux’ (special employment schemes), which exist mainly in the public sector and have more advantageous employment rights than the private sector. Yet, the wholescale reform of the SNCF (Société nationale des chemins de fer français), including changes to the company status and opening up the market to competition, and putting an end to the special employment scheme, was not explicitly stated in his manifesto, which has added to the bitterness of this dispute.

The Prime Minister, Edouard Philippe, who was under the tutelage of Alan Juppé, and who failed to reform the cheminot status in 1995 is holding a firm position on the reforms, which some in the media have presented as a bras de fer (trial of strength) between the government and the trade union movement more broadly. It would be the ultimate ‘trophy’ for the Prime Minister to reform the SNCF, the bastion of French trade unionism and would arguably facilitate future reforms.

The trade unions are suspicious of the government’s discourse around keeping the status and how this would work in reality. The government have said that the company will remain 100 per cent owned by the state, but again there are suspicions that the change in company status paves the way for privatisation. The trade unions are also angered by the creation of a two-tier workforce in the railway sector, which would create divisions among the workers.

In the strike waves in the autumn of 2017 against more general labour market reforms trade unions were not united in their response, with the more reformist CFDT supporting the reforms. With the CFDT and others onside, the government was able to push through the reforms relatively unhindered by protests. This time the trade unions in the railway sector are united, including the CFDT and the three other largest trade unions in the sector, CGT, SUD-Rail, and UNSA. Macron is again pushing through reforms by decree, avoiding parliamentary debates and votes. The trade unions have announced a series of strikes over three months, with two days of strikes every five days. The initial strikes have been well supported and have caused major disruption to the transport network. On April 12th and 14th President Macron spoke on national television to say he would see the reforms through to the end, in spite of the protests. The trade unions have called for more general strikes in response.

I have been a close follower of trade unionism in the French railways since 2003 when I spent a year in Paris following trade union activists around as they mobilised workers through repetitive strikes and direct action to defend and protect their employment status and acquis sociaux (acquired rights). The trade unions were able to mobilise far beyond their membership and the institutional resources, such as time-off for representative activities, facilitated the ‘mobilisation of bias’ – the internal processes of discussion and debate which attempt to justify and legitimise the union’s activity – to support the trade unions and their actions.  Fifteen years on the trade unions now face one of their biggest challenges as the government appears determined to reduce the bargaining leverage of the cheminots by limiting institutional barriers to employer discretion and more broadly to further the process of state-led liberalisation.

We have posted three excellent articles today concerning what central banks and governments are doing, or should be doing, in the turbulences resulting from the Coronavirus. Michael Roberts is an Economist in the City of […]

A sobre, good analysis of the recent election results in Slovakia. Unfortunately the author fails to mention that the egregiously corrupt, even prepared to form a coaltion with national neo-nazis, SMER is a Social Democrat […]

The problem that Milanovic recognises is the loss of a sense of community. One group seeks to attack the other, excluding them from the community. There are those who seek to identify themselves as the […]