Another excellent, yet sobering analysis of the current state of the EU and euro area by Heikki Patomäki

Heikki Patomäki is Professor of World Politics of the University of Helsinki. He is also a  civic activist and former member of the Board of the Left Alliance in Finland. 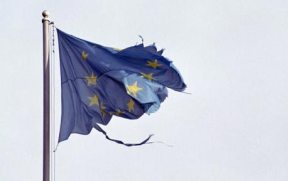 As Brexit and the popularity of anti-establishment movements demonstrate, trust in the EU and its institutions – and in neoliberal globalization more generally – has declined. Increasing inequalities between social classes and regions, and underlying political economy processes such as deindustrialization, have generated a rise of anti-elite populism across Europe and the world. The wider context includes slowdown of growth and related economic crises, both having deep roots in the financialization process.

Outside Portugal, Spain, and Greece, which were right-wing dictatorships until the 1970s, this rise has been associated almost exclusively with right-wing nationalism (the Italian Five Star Movement seems ambiguous in this regard). The key problem lies in heightened existential uncertainty and insecurity among common people. This insecurity can trigger various social-psychological mechanisms, such as resentment and emotional distancing. These mechanisms can in turn transform fear and insecurity and other related negative emotions experienced in specific social circumstances into anger, antagonism, and even hatred. In an apparently paradoxical manner, some Euro-sceptic and anti-globalist actors emerging from the corporate and financial elites have actively sought to mobilise the anti-elite sentiments for various purposes, as showed by the British Conservative party and the Trump-dominated Republican party in the United States.

After the defeat of Syriza in Greece in 2015 and the Brexit referendum in 2016, the socio-economic and political situation in the EU was temporarily stabilised. Yet Brussels remained concerned about the next crisis. In 2017, the European Commission argued that ’even if the economic environment is not quite sunny yet, we should fix the roof of the EMU now while we have the right conditions’. However, little was done to reform the EMU. Following the Euro crisis, modest and fragile economic growth resumed in 2014 and continued into 2019. The overall unemployment rate declined gradually from 11% to 6%. However, when the corona crisis hit in early 2020, signs of a new global financial crisis had gained strength and economic growth in the EU was slowing down. The first lockdown was followed by a rushed attempt at returning to normality. While the lifting of lockdowns led to a partial rebound of the European economy, it also led to a new surge in infections. By late November 2020, nearly 300,000 people have lost their lives in the European economic area including the UK, and nearly 12 million people are estimated to have been infected with the virus. COVID-19 is particularly dangerous for the elderly and the ill, but the socio-economic consequences of the twin crisis tend to hit the young and especially children in an especially severe way. The epidemic is generating new constellations of polarisation.

Socio-economic fragility has increased in the EU due to the weakening of the welfare state during the past decades. This fragility has exacerbated inequalities and undermined collective capacity. Strong deflationary tendencies in the EU economy are likely to exacerbate socio-economic problems in 2021. In 2020, real GDP of the EU is projected to decline by 7.0-8.0%. Even in November, this projection looks highly uncertain. Inflation has continued to decline, turning negative in August and falling further to -0.3% in September. Unemployment remains relatively low but is, once again, on the rise – in some parts of the EU radically so, especially in Spain.

The COVID-19 crisis is a critical test of solidarity not only for the European Union but also for the world as a whole. The crisis has exposed the tragic policy failures of three decades of privatization and underfunding of the public sector, particularly for the provision of health services. The consequences are devastating for the global poor, including those inside the EU. What is also important, however, is that the COVID-19 epidemic has temporarily done away with the fetish of EU economic policy, namely ‘austerity’. Confronted with mass unemployment and bankruptcies that have resulted from the epidemic and lockdowns, governments have quickly enacted massive public support programs. These have been supported by the ’unconventional’ monetary policy of the European Central Bank (ECB), involving negative interest rates and programmes of asset purchases and long-term liquidity provision. Moreover, calls for solidarity in terms of common EU fiscal policy have accompanied these measures. Even a conservative German social democrat such as German Finance Minister Olaf Scholz may now to be advocating the traditional vision of the European federalists and cosmopolitan left: ’solidarity packages will only be possible in future if member states are prepared to move in the direction of a fiscal union’.

In July 2020, the EU agreed on a €750bn COVID-19 recovery package. In autumn 2020, the EU is seeing a resurgence in COVID-19 cases after successfully slowing outbreaks earlier. The EU needs a unanimous vote from all 27 members in order to pass the budget and coronavirus economic recovery fund. Hungary and Poland are blocking the approval of the EU’s budget and covid-19 recovery package they are opposed to a rule-of-law mechanism, as they could lose EU subsidies because they are seen as eroding democratic standards. Some MEPs and national governments are saying they too can play the veto game: they will not sign off on elements of the budget-and-recovery package that require their consent unless the rule-of-law mechanism is approved. At the same time, a no-deal Brexit remains possible, in spite of the US election results (Boris Johnson was prepared to seize the opportunity of Trump winning by striking a ’no deal’ Brexit).

In spite of the ECB programmes and the recovery package, European solidarity continues to have various limits. The size of the recovery package is relatively small and its implementation has not even started yet. National responses have been more important, consisting of automatic stabilisers plus large fiscal packages to support households and firms. In the advanced economies of the wider European region, the average size of discretionary fiscal measures in 2020 has been 6.2 percent of GDP. According to one estimate, job retention programs have been able to preserve at least 54 million jobs in the EU. The ECB staff expects ECB’s sovereign bonds purchases over 2020−21 to represent about 85 percent of the euro area’s projected fiscal deficit of about €1.7 trillion.

ECB actions seem to be in violation of the EU Treaty. Although the official interpretation of European law allows for this, the spirit and letter of the Treaty indicates something different (central bank credit facilities and privileged access to finance are prohibited). Nonetheless, ECB funding has also been effective in easing the terms and conditions for loans to households and firms (lending rates to businesses are near all-time lows in 2020). The scale of the COVID-19 recovery package is more modest. The idea is to lift temporarily the ceiling on the EU’s own resources by 0.6 per cent of the EU’s GDP in order to borrow the €750bn on the financial markets, to be spent during the period 2021-2023. This amounts to some €250 billion a year, which is a bit more than 1% of the GDP. Moreover, about half of this sum are mere loans, though maturities may be very long. Repayment will start in 2028. However, this time various new EU ‘own resources’ such as a levy on plastic should contribute and relieve the fiscal burden on the member-states.

Without massive national fiscal packages supported by the ECB and its policies, the EU would be in its deepest socio-economic crisis ever. Some of the measures now introduced are ground-breaking: austerity is lifted; monetary policy has become ’unconventional’; part of the new debt has been mutualised; EU’s ’own resources’ are being increased; and the need for common fiscal policy has been explicitly recognised. However, all these measures are meant to be temporary only, implying, among other things, a rapid return to ‘austerity’. Meanwhile, the EU commission pushes for ‘structural reforms’ involving raising the pension age, cutting funding to health, restricting wage growth, reducing job security and cutting welfare supports. These are likely to further increase inequalities and aggravate the sense of existential insecurity among the citizenry. Meanwhile, strong deflationary tendencies in the EU economy will continue to prevail. Possible recovery in late 2021 (assuming widespread availability of safe COVID-vaccination) will be short-lived, as the EU attempts to return to the standard EMU rules of convergence in 2022-23, working strongly against recovery. Disintegrative tendencies will continue to get more intense. The sense of things falling apart driven by sensationalist media will breed socio-psychological mechanisms, generating existential insecurity, securitization of political issues and increasingly antagonistic self–other relations.

After Brexit, the EU may disintegrate further already in 2021-22 if no solution is found to the conflict with Hungary and Poland. It must be emphasised that the EU has not fully failed the test of solidarity, but mostly its measures are meant to be temporary and exceptional (article 122 states that “Where a Member State is in difficulties or is seriously threatened with severe difficulties caused by natural disasters or exceptional occurrences beyond its control, the Council, on a proposal from the Commission, may grant, under certain conditions, Union financial assistance to the Member State concerned”). Meanwhile, the pandemic and the related socio-economic turmoil increase inequalities and fragility of many groups in society.

What is even more, the prevailing deflationary tendencies are likely to increase unemployment and bankruptcies in the first half of 2021. The so-called structural reforms pushed by the Commission will aggravate the sense of existential insecurity among the citizenry. The COVID-19 crisis has thus given further impetus to the fundamental choice of the EU: change or disintegrate. The absence of profound changes are likely to lead to further disintegration.

The question is thus whether the EU return to the neoliberal ’normal’ even if it wanted? On the other hand, also permanent changes of the EU seem very difficult, if not outright impossible.

The EU seems petrified, yet choices are unavoidable as muddling through is no longer an option.

This text is based on a ‘special address’ given at the ‘Human Security & Pandemic’ online conference, 23-24 November, organized by Amity Institute of Liberal Arts, Amity University Mumbai, India.

As part of the ongoing European and global public field, Brave New Europe has opened up space for inspiring discussions on the future of economy and politics, meaning the next turns of world history.

Although most have not grasped it yet, inequality is probably the greatest threat to our society and via climate change to our world. Dean Baker is a Senior Economist at the Center for Economic and […]

It is said that CO² must finally get a price. But it already has a price. But consumers don’t react to this price as expected. More intensive thinking and political action is the order of […]

Spiked: Ashoka Mody – Italy: the crisis that could go viral

Coronavirus threatens to turn Italy’s economic and financial crisis into a global one. Ashoka Mody teaches at Princeton University. The paperback edition of his EuroTragedy: A Drama in Nine Acts, published by OUP, is available […]