The existing European Treaty is dangerously disfunctional. Better guidelines would enhance rather than constrain economic policy. Here are some, including making the European Central Bank the reserve buyer of national public bonds 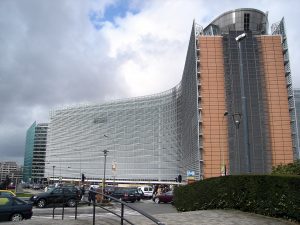 Whether the UK finally leaves or remains a Member of the EU, progressives are generally united in viewing the existing Treaty and legislative rules on economic policy as dangerously dysfunctional. In their second joint paper on the theme, emeritus Professor John Weeks and PRIME co-director Jeremy Smith set out proposals for “Economic Guidelines for a Better Union – facilitating policies that enhance not constrain EU economic policy”. The study was commissioned (2018) by the Rosa-Luxemburg-Stiftung Brussels Office.

The authors’ earlier joint paper, “Bringing democratic choice to Europe’s economic governance – the EU Treaty changes we need, and why we need them” (2017), can be downloaded here.

A previous report by the same authors identified problematical aspects of the economic rules written into the major EU treaties. Because of these problems, the existing economic rules do not protect the EU economies or the Union as a whole against systemic instability. They undermine stability and have a bias towards low growth and stagnant employment.

Stability-enhancing and growth-fostering policies would include a new approach to fiscal balances, based on guidelines not inflexible rules.

The first principle of the national fiscal balance guideline is that its design should not derive from the impact on either the EU as a whole or the eurozone.

The third principle of fiscal balances is that capital expenditure creates assets and should or may normally be funded by borrowing.

The following principles should guide the design of constraints on national fiscal balances.

1. To prevent speculation and ensure stability of deficit financing, the ECB would pledge to purchase national public bonds at a pre-announced interest rate in the range of two to two-and-one-half percent (explained in text).

2. National fiscal balances would be assessed by whether they are sustainable. The appropriate measure would be the balance without interest payments, i.e. the primary balance.

3. Public investment, like private investment, should as accepted standard practice be substantially financed by borrowing. This implies that the appropriate fiscal balance to target is current expenditure minus interest payments (the current primary balance).

4. The sustainability guideline would be that over the average maturity of the public debt, the average current primary fiscal balance in GDP for that time period should not exceed the nominal rate of economic growth.

5. Increasing the rate of economic growth is the most effective way to reduce the deficit-GDP ratio, and policy should work to this end, subject to sustainability.

6. Deficit reduction policy would be consistent with GDP growth by (i) policies that increase the income elasticity of tax revenue, and (ii) phasing adjustment over several years.

We can state the reformed guidelines succinctly:

The excessive deficit and convergence criteria definition for public debt uses the gross government debt, which covers all levels of government (See Protocol No.12 to TFEU, on the Excessive Deficit Procedure). This definition has two major problems that render it inappropriate. First, it includes public liabilities but excludes liquid assets held by governments. Including assets with liabilities measures the net public debt, used by most governments in the world. Second, the gross measure includes public bonds held by government institutions. For some EU countries the difference between gross and net debt is quite substantial.

Businesses and households assess their debt capacity by the cost of servicing debt, which is interest payments plus repayment of maturing debt. The same principle should apply to the public debts of EU national governments. The general guideline for public debt management can be stated simply:

The net debt of EU governments should be sustainable. The net government public debt is sustainable if its fiscal cost over an appropriate debt management period is stable as a proportion of GDP that is less than the share of public investment in GDP.

The fiscal management procedure would be as follows:

1. The distinction between the overall and primary balances allows for the automatic stabilising function of fiscal policy.

2. The sale of public bonds funds public investment. National government can sell the bonds to private buyers or to public institutions (including central banks).

3. Public investment spending is relatively inflexible in the short term, and essential for the long term. Current expenditure is normally the appropriate instrument to reduce the cyclical instability that characterizes capitalist economies.

4. The fiscal guideline implies that national governments can vary current spending for counter-cyclical intervention by an amount equal to interest payments above and below the current primary balance.

The European Central Bank is a public sector institution and under the proposed new framework it would facilitate the welfare of the peoples of the European Union. In order to facilitate an effective framework for public fiscal balances and public debt, we propose the following formalised policy change:

The ECB shall maintain a maximum interest rate on national public bonds.

It will maintain a maximum rate by serving as the reserve buyer of national public bonds. The ECB would announce the maximum interest rate on public bonds, chosen to lie in the 2.0-2.5% range. In the event of financial market offers to purchase bonds at a higher rate, the issuing government sells its new bonds to the ECB at the fixed rate.

Uber says it wants to lead Europe’s zero-carbon transition in the transport sector, but it’s record is a company that has massively contributed to the pollution of cities. The Gig Economy Project, led by Ben […]

This month, the energy consulting firm Wood MacKenzie gave an online presentation that basically debunked the whole business model of the shale industry. Justin Mikulka is a freelance writer, audio and video producer living in Trumansburg, NY Cross-posted from […]