Actually this article is about the retreat of globalisation. It is not only Trump who is criticising globalisation, but Bernie Sanders and Jeremy Corbyn as well. The Chinese never opted in, Russia has already opted out – not that they had much choice. It is the EU that seems to have missed the point, but that is because Germany solely cares about being World Export Champion and does not care about the welfare of its people, and even less so, the people of Europe. 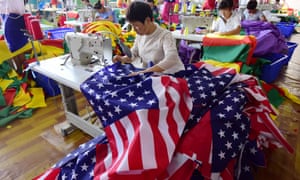 The IMF has imposed significant surcharges on countries that have had to undertake large borrowings and are unable to pay their debts back quickly. These surcharges are pro-cyclical financial penalties imposed on countries precisely at […]

Forbes: Amazon Should Replace Local Libraries to Save Taxpayers Money

Heard this sort of thing before? Public libraries became an important element of the Commons and democracy. They too are to become commodities. See where that ends (click here) This article was such a bloody […]

The EU is certainly not going to do anything about this. Their only interest is Ukraine’s land, resources, cheap labour, and as a market for EU goods. Justice and democracy are not among the EU’s […]