As you may have noticed, our coverage of Brexit has been limited. Due to the degree of hysteria and polemic there has not really been much of what we call “Expertise with a radical face”. Larry Elliot is one of the great exceptions among those for Brexit. In this article he tries to bring the current discussion inot prespective.

We at Brave New Europe don’t take a position on Brexit. While we recognise that many dark and odious forces lay behind the Brexit vote, and that the process will inflict significant economic damage on many people, we also know that European institutions and policies typically reflect a strong neoliberal slant – and we launched this project to oppose and change this.  We have sympathy with the anger against European institutions – but we also believe in the principle of European cross-border co-operation and co-ordination in many areas.  Reflecting this complex reality, we will host both pro-Brexit and pro-Remain articles. 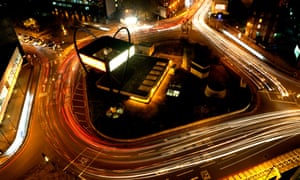 The poorest half of the global population will still emit far below the 1.5°C-aligned level in 2030.  The richest 1 percent and 10 percent of people are set to exceed this level by 30 times […]

The ‘Greek Watergate’ scandal is an example of how hollowed out democracy is in in Europe. Read the article HERE.

The European Commission is asking countries to commit to structural changes to address deep-seated problems such as soaring debt and an over-reliance on temporary contracts. That did not take long. They have not even disbursed […]