The EU´s teleological discourse leaves out the many referendums against its policies and the Euro. In his piece Lars P. Syll relates how the Swedes, despite massive pressure from its elite, voted no to the Euro – something they have never regretted since. 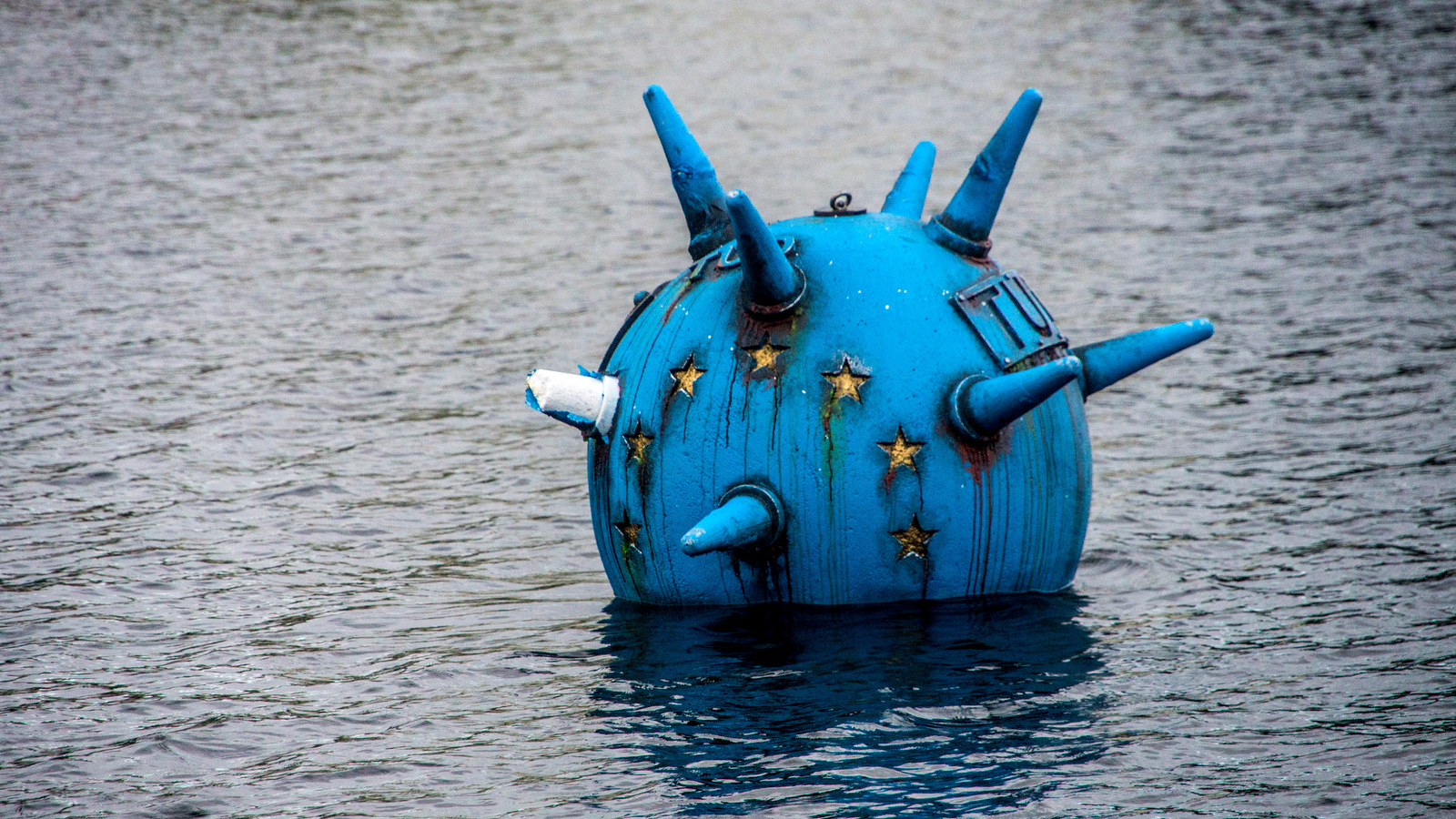 Fifteen years ago, Swedish citizens were asked if they wanted to join the eurozone. Of the 83 % registered voters who participated in the referendum close to 57 % cast their ballot for the ‘no’ side. The result of the referendum came as a total shock to the Swedish establishment. All major parties and business organizations were for the euro. But although the ‘yes’ side outspent the ‘no’ side ten to one, the ‘no’ side won. Yours truly — unlike the ‘usual suspects’ among establishment economists — participated actively in the fight against the euro. It still makes me immensely proud.

The referendum back in 2003 was about Sweden entering the European Monetary Union and replacing a sovereign Swedish currency with the euro. Although ideology, misgivings about the Stability and Growth Pact, a Prime Minister trying to gag party-internal opposition, and fears about a future EU that would become a United States of Europe, influenced the voting, it was basically a question of economy and currencies. So, of course, when people went to the ballots they considered more than anything else how a eurozone membership would influence their own and the nation’s economy. Despite the overwhelming financial muscles of the yes side, a rational people could not come to any other conclusion than that a membership would have an overall negative impact on the economy.

The Swedish referendum came after long and heated public debates. The issues we were debating were mostly around whether the euro really was an optimum currency area, what effects a membership would have on our abilities to adequately implement and secure macroeconomic stabilization policies — monetary and fiscal — that could support and develop the Swedish economy. The special report commissioned by the Swedish government in the mid-1990s had concluded – after having cautiously tried to gauge the costs and benefits of joining the eurozone — that there were no sufficiently strong economic reasons present for recommending Sweden to join the EMU. One of the main reasons for that conclusion was the problem of immunizing Sweden against asymmetric shocks without impairing severe and costly adjustments.

The Swedish people got it right. The political and economic establishment got it wrong. The monetary union has not been able to show any noteworthy productivity jumps since it was launched almost 20 years ago. The economic problems have been growing and at times almost led to national catastrophes. The EMU is not an optimal currency union, and as history has told us, countries like Germany, Greece, Italy, Portugal and Spain do not fall into step when marching.
Although data indicate that there may be some weak evidence of convergence in long-term interest rates in the Eurozone, there seems to be very little evidence of convergence when it comes to macroeconomic outcomes such as growth, employment, inflation, or public debt. Although one of the main arguments of the yes side in the Swedish referendum was that there would be a long-term convergence in the realm of economic policies and outcomes, what we can see today, fifteen years later, is that the differences have persisted in the euro area. The low degree of convergence and the ever-emerging crises show on what shaky foundations the euro is erected. Economic convergence, the magic silver-bullet that would solve all problems, simply has not materialized.

The problems with the euro should not come as a surprise. If a country gives up its own currency, it does not only give up the possibility of having its own over monetary policy. Public sector borrowing will have to take place on competitive markets, which can turn out to be very expensive, or, at times, even impossible. Membership in the European monetary union means less accommodation and flexibility when it comes to country-specific asymmetric shocks, and fewer possibilities for freely using financial policies to guarantee low unemployment and high welfare levels.

The unfolding of the repeated economic crises in euro land during the last decade has shown beyond any doubts that the euro is not only an economic project but just as much a political one. What the neoliberal revolution during the 1980s and 1990s didn’t manage to accomplish, the euro shall now force on us.

But do the peoples of Europe really want to deprive themselves of economic autonomy, enforce lower wages and slash social welfare at the slightest sign of economic distress? Are increasing income inequality and a federal überstate really the stuff that our dreams are made of? Economists have a tendency to get enthralled by their theories and models and forget that behind the figures and abstractions there is a real world with real people. Real people that have to pay dearly for fundamentally flawed doctrines and recommendations. Half a decade ago, it was the Greeks that had to pay for the ‘single currency’ dream. Now it is Italy that is in for a crunch. The euro has taken away the possibility for national governments to manage their economies in a meaningful way — and in Italy, just as in Greece, the people have had to pay the true costs of its concomitant misguided austerity policies.

The real problem of the euro is that it has led to a greater divergence in terms of structures of production, employment and trade. What we see in the euro zone today is that the austerity policies it pursue has led to a lack of aggregate demand and growing divergence between its member states in the long run. The kind of austerity policies that the euro forces many countries to pursue has also counteracted the goal of a full-employment society.

One size does not fit all. The overall performance of the eurozone looks bleak. The establishment’s euro project has never been democratic. That is also one of the reasons for its low legitimacy among ordinary people. When the people were asked, as in Sweden, we said no. We understood that a single currency would lead to higher unemployment -– with a central bank that mainly focuses on inflation and pays little attention to financial stability would be to expect. The euro model is and has always been footed on an economic model that increases inequality and is to the disadvantage of the working classes.

What economic benefits would accrue to Sweden in case it would join the euro has never been clear. We outperform the eurozone on all important economic performance indicators. Sweden has since the financial crisis hit Europe ten years ago managed its economy far better than the eurozone countries. There is still nothing that speaks for Sweden to abandon the krona for the euro. With our own currency, we can pursue a much better macroeconomic stabilization policy. One argument put forward by the yes side in the referendum debate was that the euro would strengthen Sweden’s competitiveness and make the country’s businesses more effective. There are, however, other and better instruments for accomplishing that. Having the same interest rate and monetary policies as other countries when the economies are not synchronized and very different structurally would be detrimental for all.

It is also a question of autonomy and the right for countries to themselves decide how best to face an uncertain future and implement economic policies that have a decent chance of helping us solve our problems and challenges. Sweden has a long tradition of giving priority to full employment rather than price stability. That would have to be given up if we became part of the eurozone. Surrendering our monetary policy autonomy we would have to rely on austerity policies, with increased unemployment, labour migration, lower wages and increased injustice in income and wealth distribution. The Swedish interest rate would not be set by the Riksbank but by a secretive and unaccountable European Central Bank that would base its chose level on what was considered good for the monetary union as a whole. But we want to stick with what is still left of our Swedish model and its commitment to an equitable distribution of income and welfare. The distributional consequences of different exchange rate systems and membership of the eurozone are not trivial, and most Swedes think the budget restrictions imposed by a membership in EMU would severely threaten Sweden’s ability to maintain its comprehensive welfare system.

Popular support for the euro is still low in Sweden. In the latest poll (May 2018) 66% say no to joining the eurozone. As far as it is possible to judge, nothing at all of what has happened afterwards with the euro and the Swedish economy indicates that the decision back in 2003 to say no to the euro was anything but right. Sweden would have gained very little from joining the euro and lost substantially

Economic modelling is one thing, but reality has again and again shown how protracted and painful is the process required to reestablish growth and employment in a euro country where the possibilities of conducting your own monetary — and fiscal — policies are not present. The social and economic consequences of the euro experiment can, again and again, be seen on television and social media. Greece, Spain, Italy. It never seems to end. Austerity measures are repeatedly imposed and threaten not only our economies but also democracy itself.

How much whipping can economy and democracy take? How many have to be hurt and ruined before we end the euro madness? Instead of just go on mending the project it would be better to just admit that we have reached way’s end and that it is time to take another road. A road forward. A road without the euro.

Alessandra Mezzadri – UCU Strike: Neoliberal capitalism and the commodification of social reproduction, from our home to our classroom

On 14 February a UK wide strike in Higher Education will commence (at Goldsmiths it already has). Alessandra Mezzadri is Senior Lecturer in Development Studies at SOAS Cross-posted from Developing Economics To donate to he UCU […]

Vicki Squire – As EU stresses the migration ‘crisis’ is over, Italy makes hundreds of migrants homeless

Vicki Squire, University of Warwick Refuting what he called populist “misinformation”, the first vice-president of the European Commission, Frans Timmermans, has stressed that: “Europe is no longer experiencing the migration crisis we lived in 2015, […]

Chris Bambery – There is No Democracy Without Citizen Participation

This week Spain’s show trial against twelve Catalonian leaders of its independence movement concluded. BRAVE NEW EUROPE is posting two articles on the topic today; this report of the week’s proceedings and an analysis of […]