Inflation is the excuse that right-wing governments have for trying to lower wage levels by blaming the inflation in rising wages.

Michael Hudson is the author of Killing the Host (published in e-format by CounterPunch Books and in print by Islet). His new book is J is For Junk Economics.  He can be reached at mh@michael-hudson.com 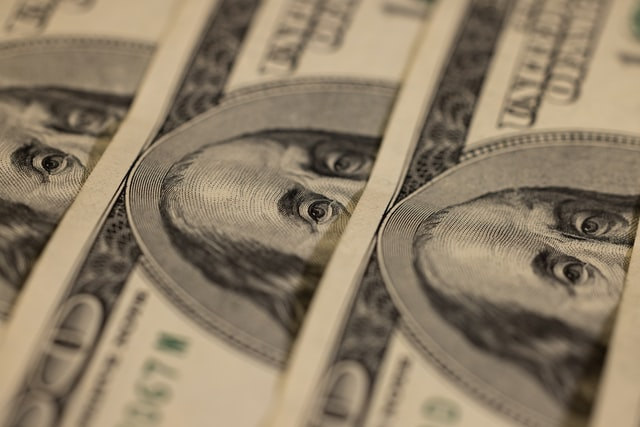 Photo by engin akyurt on Unsplash

I want to talk about what inflation is not – but what the neoliberal economic mainstream wants to blame it on: on labor, on government social spending, and of course on Russia seeking to break away from America’s unipolar international economic order.

Inflation is the excuse that right-wing governments have for trying to lower wage levels by blaming the inflation in rising wages. Federal Reserve chairman Paul Volcker raised interest rates to 20% in 1980 to cause a recession that would lead to less hiring and thus stop labor’s wage gains of the 1970s. And more recently, the present Federal Reserve chairman Jay Powell came right out and announced the Biden Administration’s Democratic Party policy: “get wages down, and get inflation down without having to slow the economy and have a recession and have unemployment rise materially.”

In other words, if labor wants to get a job – and the health insurance that goes with it – it will have to lower its wage levels.

This is junk economics, of course. Today’s inflation – throughout the world, not only in the United States – is led by pure monopoly power, headed by energy and food prices. US-NATO tries to blame inflation on Putin and Russia not exporting oil and gas to Europe (as a result of NATO sanctions). But the gas hasn’t stopped yet, at least until Thursday, May 10. The U.S. oil companies have said that, looking forward, they SEE a supply problem – and so are raising prices now.

Likewise in agriculture, farmers are getting less for their crops, but the great intermediary monopolies such as Cargill are raking off more commissions in buying crops cheap and selling them at a high price to markets. So it is a pure monopoly squeeze.

Rent also is soaring – as a result of the plunge in home ownership rates started by President Obama’s mass evictions of victims of junk-mortgage lending, and the private capital investors such as Blackstone that have bought up these properties and turned them into rental properties. Middle- and working-class housing construction has faltered for over a decade despite the plunge in interest rates, except for luxury housing.

The inflation will be much worse for Global South countries, largely because of their widening balance-of-payments deficits.

For starters, they have been steered for over 70 years by the World Bank not to produce their own food, but to produce tropical export crops that do not compete with U.S. agriculture. They will face a rising food deficit, on top of their oil and energy deficit.

Meanwhile, Global South countries also have a drain of debt-service or their dollarized foreign debt. The U.S. dollar is soaring, largely because the Fed is raising interest rates here. That already has led the euro to plunge, nearing parity with the dollar. The Japanese yen also has plunged, as have many Global South currencies.

Their currency depreciation means that much more of their income must be paid to service the stipulated interest and amortization payments on their foreign debt.

This forces them to make a choice – and that is indeed the intended policy of U.S. economic strategists. Either they have to cut back their food and energy imports, OR they pay their foreign bondholders and banks. What will they do – or more to the point, what will most client oligarchies do?

Janet Yellen, former Fed chairman and now Secretary of the Treasury has an answer. She has said that the upcoming IMF meetings may create new SDRs – paper gold, most of which is given to the United States – to enable countries not to default. But the policy price is high: they must submit to IMF austerity, becoming “more competitive” by cutting their wage levels and living standards. (That always is the neoliberal answer to any economic problem.) The SDRs will be conditional on countries selling off yet more of their natural resources and public infrastructure to U.S. and other foreign investors. Privatization will sharply increase prices for what formerly were public services and basic needs. This will of course increase inflation, squeezing disposable personal income all the more.

The NATO attack on Russia is being shaped to have this inflationary effect at home. The beneficiaries are the monopolies, banks and distributors. The payers are labor and taxpayers.

Inflation also is blamed on government budget deficits. The “cure” is said to be cutting back public social spending. This theory assumes that inflation is a purely monetary phenomenon, not one of rent-extraction and financialization benefiting the One Percent.

The irony: More money REDUCES consumer prices. That is because most money is bank credit, and 80% of that is used to finance real estate purchases, bidding up its price. The result is that housing’s share of a typical family’s personal income has risen from 25% in the 1970s to over 40% today. That leaves less income available to spend on consumer goods and services – a deflationary effect.

What is inflated are asset prices, not commodity prices – except where monopolies control a rising share of the market.

Heiner Flassbeck – Italy is going down the wrong path

We are entering the next round of events in Italy and the wheels are spinning ever faster as we head for a train crash resulting in the end of the euro and the European Union. […]

Rail privatisation has failed to deliver better value services, capital investment, and reductions in public subsidies. Despite this successive rail reforms have been unable or unwilling to renationalise the railway network and address the underlying […]