The West African Economic and Monetary Union, WAEMU, a colonial creature by France, but now dominated by both France and the European Union through financialization, has become financially dependent and saddled with socio-economic challenges it cannot solve. 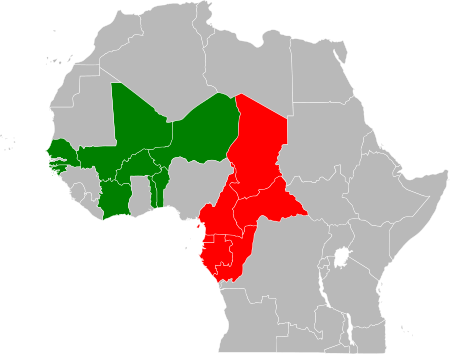 Despite its growing use in the social sciences, “financialization” is not a settled concept at all. It remains open to many interpretations depending on the school of thought as well as the empirical interests of the researchers. According to John Bellamy Foster, the concept refers to the “shift in gravity of economic activity from production (and even from much of the growing service sector) to finance” which accompanies globalization and neoliberalism since the 1980s. For Gerald Epstein, it describes “the increasing importance of financial markets, financial motives, financial institutions, and financial elites in the operation of the economy and its governing institutions, both at the national and international levels.”

The conditionality programmes launched by the International Financial Institutions have been long-term drivers towards more financialization in the WAEMU. The IMF and World Bank’s agenda for financial liberalization began to be implemented following the late 1980s’ banking crisis which resulted from the debt crisis faced by member countries. This move spelled the end of public banks and national development banks. Since then, French banks, which used to dominate the banking sector, saw their market shares decline substantially due to the competition from Moroccan and “pan-African” banks. Nonetheless, the sector remains oligopolistic until this day as just a few banks account for the major share of loans/deposits. For example, in Benin 4 banks out of 15 provide 80% of bank loans. This oligopolistic structure creates a bias against the financing of small and medium enterprises (SMEs) which are starved of bank credit, even when the banking system has excess liquidity. Bank credits to the economy as a share of GDP remain low and are targeted towards the 50 biggest companies operating in the zone which receive 1/3 of total bank loans (Imam and Kolerus 2013). Bank loans are predominantly short-term and are provided at high real interest rates, mostly to the service sec-tor and to governments. Banks generally consider it less risky to lend to the governments rather than to SMEs. At the end of 2017, public securities’ value represented 22% of bank balance sheets (Banque de France 2018). The public-private ‘deal’ of credit and money creation tying banks and governments together is thus on full display here (Koddenbrock 2019).

Financial liberalization in the WAEMU has not been conducive to financial development. The bank coverage rate improved during the last ten years but it remains under the sub-Saharan Africa average (Banque de France 2018). The acknowledgment of this fact has led monetary authorities to promote recent initiatives aimed at “financial inclusion”. This latter agenda could be analysed as a way of creating through microfinance schemes and electronic money accounts “sub-prime” markets for social groups ordinarily excluded from the formal banking system.

In the name of financial sector development and deepening, the IFIs are also encouraging government debt in local currency. Thus, in 2006 the Inter-national Financial Corporation issued in the WAEMU its first local currency bond valued at 22 billion FCFA. This agenda somewhat explains the IMF’s loosening of the limits it places on Low Income Countries’ access to non-concessional loans. A Regional Common Securities Market – Bourse régionale des valeurs mobilières (BRVM) was set up in 1998, as well as a financial markets regulatory authority – the Regional Council for Public Savings and Financial Markets. The Agence UMOA-Titres was created in 2013 as a regional agency to support public securities issuance and management in the Union.

Another driver of financialization has been the export to the franc zone of European Monetary Union views and rules regarding macroeconomic policy and economic integration. For example, the BCEAO statutory independence has been asserted in 2010 with the creation of a Monetary Policy Committee responsible namely for the achievement of inflation targets. Until 2010 governments could receive advances up to 20% of the fiscal revenues of the preceding year from the BCEAO. These statutory money advances have since been prohibited. In the same vein, the refinancing commercial banks could expect for their loans to WAEMU member States is now limited to 35% of States’ fiscal revenues. These changes have prompted the latter to look for other debt markets, especially in a context of a stagnation and decline of international aid.

Last but not least, in the aftermath of the global financial crisis, the “sub-prime” markets of the Global South have become attractive for international investors searching for remaining pockets of lucrative yields. The WAEMU, as a credit-constrained economic zone, has not escaped that trend. According to UNCTAD data, FDI stock increased threefold between 2007 and 2017 in the WAEMU.

With local currency markets, WAEMU is a latecomer compared to the rest of the African continent. At the end of 2006, the outstanding stock of domestic debt represented 1.6% of GDP in this zone vs. 8% on average for the 15 non- CFA sub-Saharan African countries eligible for HIPC (Heavily Indebted Poor Countries) debt relief. Governments are the main issuers with regional development banks. Their indebtedness in local currency is now welcomed by IFIs which consider government securities to con-tribute to develop local financial markets as they also represent a benchmark, al-lowing to price private securities. Government bond markets in this way help kickstart corporate bond markets and other financial markets. Government debt issuance increased sixfold between 2001 and 2006 and 60 times between 2001 and 2015 (from 54.9 billion FCFA to 3340.3 billion FCFA). Domestic sovereign debt represents on average 20% of total WAEMU sovereign debt (Magnan-Marionnet 2016).

Sovereign debt in local currency (Treasury Bills especially) has been an opportunity for the banking system to reduce its excess liquidity, in a context where reserves at the Central Bank are not remunerated. Another factor is more important for the modest rise in local currency bonds: Banks profit from dif-ferences between refinancing rates at the Central bank and public securities rates. “Interest earned on such instruments [T-Bills] are tax exempt, carry a zero risk weight in the calculation of capital adequacy ratios, are tradable in the eight countries of the WAEMU, and can be, in principle refinanced at the central bank to obtain liquidity” (Sy 2007).

T-Bills are auctioned by the BCEAO. Only resident investors can participate in auctions but non-resident investors can purchase T-Bills through them. The latter could purchase bonds listed at the BRVM. However, the WAE-MU local debt market remains small and fails to cover the financing needs of member States which more and more tend to issue Eurobonds.

Between 2010-2018 Eurobonds in euro and US dollar have been issued by Côte d’Ivoire (5.5 billion USD and 2.35 billion euro) and Senegal (4.5 billion USD) (own compilation based on financial press). Eurobonds issuances have been heavily oversubscribed, an indicator of investors’ thirst for lucrative yields. However, sovereign debt in foreign cur-rency does not necessarily translate into higher public investment. Eurobonds have often been used to finance the ex-ternal deficit, and namely service already existing debt. Interestingly, they have, incidentally, helped the BCEAO to im-prove its Forex/sight liabilities ratio and to relax bank liquidity constraints (IMF 2019).

During the last seven years, average GDP growth rates of at least 6% per an-num have been achieved in Côte d’Ivoire and Senegal thanks to favorable terms of trade and growing external indebtedness. However, this extraverted growth pattern does not seem to be financially sustain-able on a long-term basis. In Senegal, interest payments on outstanding debt increased threefold between 2013 and 2017.

Financialization in WAEMU seems to be a means of diversifying and deep-ening financial dependency. Owing to the peculiarities of the franc CFA ex-change rate arrangement, governments are structurally in a position where they are reliant on external funds to finance development. The opportunities brought by the local currency debt market and Eurobonds issuances help relax some short-term financing issues by diversifying financing sources. Nonetheless, they contribute to deepen their financial dependency in so far as they are premised on the defence of a hard peg and on the strengthening of a banking and financial system not interested in development financing.

Three concerns must be borne in mind. First, the issue of SMEs financing remains unresolved as the foreign-dominated banking sector prefers to give loans to big companies and States. Second the WAEMU economies’ indebtedness has increased significantly during the last decade. It has been hidden in some countries like Senegal by the rebasing of national accounts and the probable omission of payment arrears to the domestic private sector.

Lastly, one can also wonder whether the growth of local currency debt market is compatible with the working principles of the franc CFA, i.e. the peg to the Euro and the obligation to have an operations account balance ordinarily in surplus. If WAEMU decided to financialize even more deeply, the rigidities of its post-colonial currency could almost certainly not be maintained.

What lies in China’s economic future? Michael Roberts is an Economist in the City of London and a prolific blogger Cross-posted from Michael’s Blog Much has been made recently of the slowdown in population growth in […]