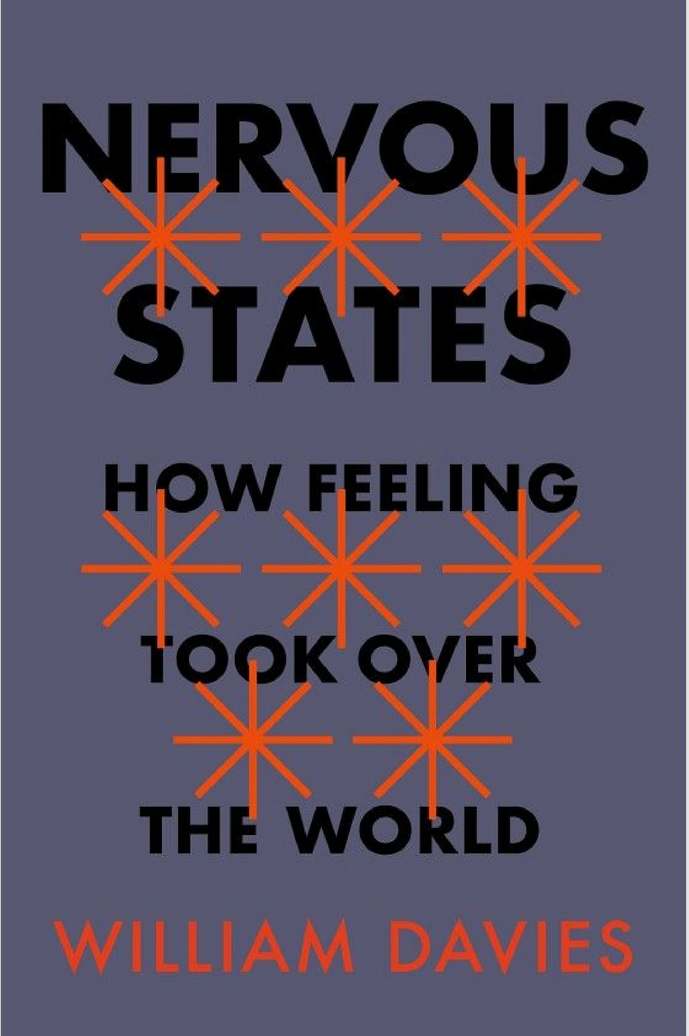 Perhaps this book should be called The Theory of Everything, though that title has already been used for a movie about Stephen Hawking, the theoretical physicist and expert on black holes. William Davies is in good company then, but his fascinating book does not quite manage to present the reader with a Grand Unified Theory of the human condition. At the end of “Nervous States” this reader was still looking for a logic that knits all the brilliant observations together.

The starting thesis is an arresting one: that almost every aspect of life has shifted to a state of war. The shift may have started with the bombing of civilians during the First World War, but it has now invaded politics, business, the internet, the media, even such theoretically objective areas as statistics and scientific research. The tools of the trade have become “weaponised”, the first casualty of this new form of warfare being the truth.

“Fake news” is what we have all come to expect from the media, because the goal is no longer to tell the facts but to win the war.

Mr Davies links this development to a parallel one, the increasing role of feelings in the public and private sphere. Feelings, emotions, resentment motivate the actions of states, companies and persons, as they apparently never did before (though resentment was what fuelled Napoleon’s armies after the 1789 Revolution). The focus of medicine has shifted from the treatment of disease to the management of pain, because how we feel physically and mentally is perceived as at least as important as the underlying illness.

Page 131 of this oeuvre perhaps comes closest to incapsulating the central argument. It is worth quoting from extensively:

“States today are engaged in a range of new wars that are less and less tangible: the ‘war on terror’, the ‘war on drugs’, ‘cyberwarfare’….

“Mobilising supporters and sabotaging opponents have become the means through which political and economic competition is conducted.” …

”If we want to understand how feelings, pains and nerves are coming to organise the world around us, we need to see the situation from the inside”..….

What on earth does that last sentence mean?

Perhaps that is the main problem with this book. The line of argument is dazzling, but the leaps are hard to follow. Mr Davies starts with the world according to 17th century thinkers Hobbes and Descartes and shows how perceptions of man’s role have changed, until we get to the Anthropocene age, in which human self-centredness threatens the entire planet. Mr Davies quotes environmentalist Bill McKibben’s observation of 2016 that “it’s not that global warming is like a world war. It is a world war.”

If we are now in a frenzied (or “nervous”) state of warfare, what is the antidote? Mr Davies offers two possible solutions, though not very clearly. One is the rule of law: the devising of laws that will rein in the power of tech companies such as Facebook and Google. Although this is difficult there is no other weapon that can be effective against them. “Law is the only check on digital algorithmic power,” he writes [page 220]. The other is the making of simple promises, such as free schooling or a universal basic income: “Sufficiently simple and universal promises are able to withstand political attacks and media distortions, even in an age of rising online propaganda.” [page 221].

Underlying the book are Mr Davies’s observations on the hegemony of elites and the rising tide of populist opposition. Alarming statistics – presumably not “fake news” in this case – show that male mortality is rising among the excluded and jobless in Britain and America. “…many marginalised populations are being physically and mortally harmed by the present model of progress,” he writes close to the end of the book [page 225].

What does the tome achieve? It paints a picture of an unsettled, digitalised world. Whether the warfare is as pervasive as Mr Davies claims is open to question. So is the argument that feelings, pains and nerves are shaping our world. What does ring true, however, is that we are tempted to rush to judgment quicker in this digitalised world: news, fake or not, carries weight simply because it is the latest tweet on the Twitterfeed. To that extent feelings are becoming more important than sober deliberation. Plenty of food for thought.

Nervous States: How feeling took over the world by William Davies