Together wit financialisation and globalisation, deregulation is one of the three pillars of neo-liberalism. It is a prevailing force in EUrope to this day,  putting markets above people.

Margaret Welsh is a Communications Officer at the New Economic Foundation 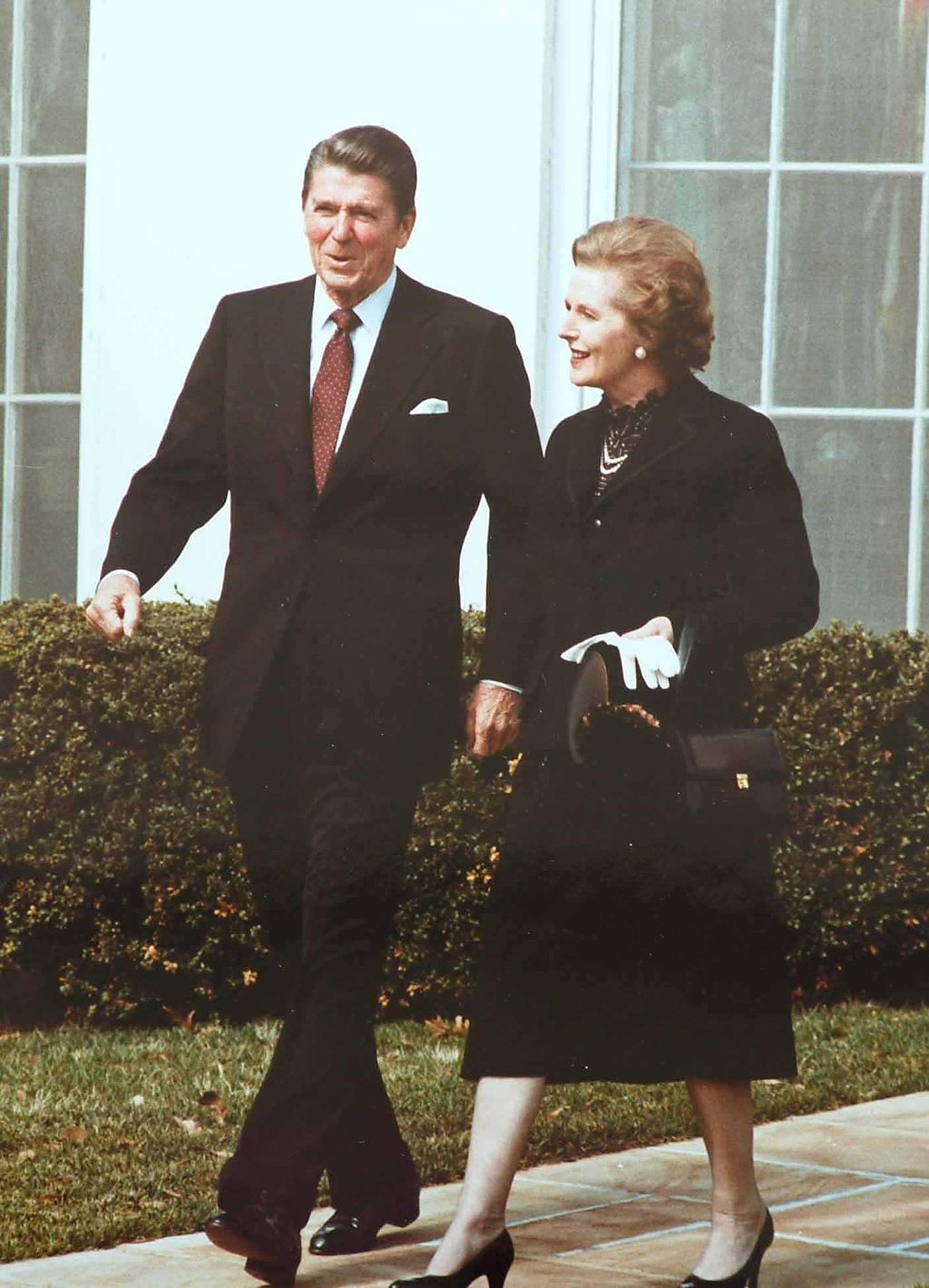 This expression, popular in policy making circles, could have been invented for the EU Commission’s current regulatory agenda. The Commission has been trying to distance itself from ​‘deregulation’ — but something still stinks.

The EU’s so-called ​‘Better Regulation’ agenda is rooted in a broader ideological mission, one that promises that unfettered competitive free markets result in the best outcomes for society.

It places business profits well above the welfare of people and the planet. Profits may be initially justified as a means to a (socially and environmentally positive) end, but they have very quickly become the end in themselves.

Further deregulation and the undermining of environmental and social protections are the only possible outcomes of the EU’s current agenda. We’ve already seen the damage that deregulation can do to people’s lives, from the chaos unleashed by the 2008 financial crisis to the health effects of air pollution caused by ​‘Dieselgate’.

But to properly understand where the push for deregulation comes from, it’s important to understand a bit of economic history.

Neoliberalism and deregulation: the origin story

The driving force behind the Better Regulation agenda is not an attempt to objectively assess the merits of regulations. Instead, it is the central pillar of an economic and political philosophy known as ​‘neoliberalism’. Neoliberalism is mostly associated with ​“extolling the market, encouraging globalisation and generally being on the side of business”.

We can find the roots of neoliberalism in the EU’s own back garden, with the writings of Austrian economist Ludwig von Mises and his protege Friedrich Hayek, and the establishment of the Mont Pelerin Society.

These Austrian economists thought that free competitive markets functioned like biological ecosystems, which have a tendency to self-regulate, maintaining a constant natural balance.

There was a Darwinian appeal to this idea — that, left to their own devices, the competitive free market (supposedly composed of rational self-interested actors) will tend towards some magical state of equilibrium that brings maximum benefits to people and planet.

Central to Mises’s thesis was an unyielding faith that ​‘profit incentives’ and ​‘competition’ would efficiently deliver human progress, social objectives, and public goods. People, their social activities, even human welfare, were ultimately things that could be ​‘commodified’ and traded for a profit.

For Mises, regulation was created and implemented by an unaccountable bureaucracy, which would distort business profit incentives, and thus stifle progress and innovation. Laws and regulations that protected workers or ensured basic access to public education were rejected, arguing that not only did they misalign profit incentives, but a profit oriented free-market system would somehow do a better job.

This logic can be summed up as: let profits and the free market decide; people and the planet don’t need regulations to protect them – they can fend for themselves.

Under his mentor’s wing, Hayek built on Mises’s work. For Hayek, competition and profit incentives allowed for the spontaneous organisation of economic life that was best governed by the invisible hands of the free market and supply and demand.

Compared to Mises, there was more room for regulation, but this was to guarantee individual rights to make market choices and protect the competitive order of the market — not to protect people or the environment from harm, nor advancing human welfare.

These two economists rejected the notion that progress might be impossible without a certain level of economic or social security, or that market failures might hamper the progress of individuals. Indeed, the idea that a lack of regulation could allow markets to severely damage society — as demonstrated by climate change or the 2008 financial crisis — was largely unthinkable.

Attempts to engineer regulatory procedures that offered a measure of economic and social security ​‘distorted’ business profits and were thus mainly seen as an assault on human progress that would eventually lead to what Hayek called ​‘the road to serfdom’.

The works of Hayek and Mises eventually drew the interest of some very affluent people, who identified a precious opportunity to free themselves from regulation and tax. Hayek received substantial financial support when establishing the first organisation dedicated to disseminating what was now called ​‘neoliberalism’: the Mont Pelerin Society.

As a transatlantic network of academics, businessmen, and journalists, the Mont Pelerin Society was critical in spreading the neoliberal doctrine to the USA – namely to Milton Friedman and others at the Chicago School of Economics. Wealthy sponsors in the US helped fund various think tanks that broadcast neoliberal ideology, allowing it by the 1980s to have fully penetrated the political ranks of the Reagan (US) and Thatcher (UK) administrations.

However, Friedman and the Chicago School had refined the work of Hayek, assigning an even greater role to the unregulated market, self-regulation, and the rolling back of the state. They argued that regulation stood in the way of higher levels of growth and employment.

These economists advocated what is now often referred to as ​‘supply side’ policies, based on the idea that the only possible way for governments to stimulate stagnating growth or reduce unemployment is through deregulation and a reduction in taxes. Deregulatory policies (such as a reduced minimum wage or removing bans on offshore oil drilling) would boost business profits, which would in theory encourage them to invest more and hire more workers, and ultimately help boost the supply of goods and services. The economic benefits would eventually ​‘trickle down’ to everyone.

Via this neoliberal fairy story, regulation came to be perceived as a burden holding back the economy from its true potential. As neoliberalism became the dominant economic view, deregulation became an inevitable outcome.

This neoliberal deregulatory narrative is clearly visible in the EU’s so called ​‘Better Regulation’ agenda. For example, deregulation of the labour market in many of the Eurozone’s struggling economies (Spain, Italy, Portugal, Ireland and Greece) was seen as a primary tool for fighting the recession that followed the 2008 financial crisis. This included relaxing rules around the hiring and firing of employees, reductions in wages, and increasing the ability of employers to vary the number of working hours for employees. In reality, EU countries with the lowest levels of unemployment are ​‘anything but deregulated’.

In reality, few economists would deny that a measure of regulation is both good and necessary for a well functioning economy. Economic activity needs a set of rules to operate. Indeed, as noted in our report, Threat to Democracy, there is little evidence that regulation is actually associated with weaker economic performance.

For example, Professor Nicholas Stern has called climate change ​“a result of the greatest market failure the world has ever seen”. And it is well-established that the 2008 global financial crisis was a consequence of an overzealous drive to deregulate financial markets that ultimately led to market failure. These show us that people and the planet we inhabit need to be protected from markets, and without proper regulation markets may be prone to failures.

But regulation is not simply about correcting market failures; regulation should create, develop and set the direction for markets so that they serve the public good:

Ultimately the whole point of the market is to serve and advance human and environmental welfare; people and the planet we inhabit do not merely exist to serve the market. A primary objective of regulation must therefore be to ensure markets and profit-making does not harm public interests. Contrary to the failed neoliberal creed, regulation is a vital tool to maximise welfare for society and the environment.

A Europe worth protecting

The EU Commission’s deregulatory agenda is rooted in a philosophy that puts markets above people — where regulation is primarily seen as a burden.

But the truth is, a successful economy is one that puts people and planet first. The founders of the EU project fundamentally understood this, but somewhere over the last few decades, this has been lost.

Today the European project stands on a precipice. Economic malcontent exacerbated by financial deregulation has fuelled a growing anti-European sentiment. Further deregulation risks exacerbating this malcontent and threatens the entire future of the EU.

Our politicians need to re-embrace the original values on which the EU was established: rejecting dangerous, outdated deregulatory ideas.The future of the European Union may depend on it.

Notes
Additional research on the origins of neoliberalism was drawn from the following works:

This is the time to rethink how we conduct politics, economics and foreign policy when it is clear that the West can decide to decimate entire countries Nontobeko Hlela was the first secretary (political) at […]

Capital is everywhere, yet capitalism is on the wane. In an era when the owners of a new form of “command capital” have gained exorbitant power over everyone else, including traditional capitalists, this is no […]

David Barmes – A Reformed Appointment Process of the IMF Won’t Cut It, the Whole Institution Needs an Overhaul

The International Monetary Fund (IMF) stands for death, destruction, and repression. It does not solve problems, it pulverises them. David Barmes is carrying out Positive Money’s latest research on Escaping Growth Dependency Cross-posted from Positive […]