There is a consensus among progressives, that GDP is not fit for purpose. It needs to be replaced by something else. Germany’s Greens, died in the wool neo-liberals, wants to give make GDP more humane.

Norbert Häring is a financial journalist at the German daily business newspaper Handelsblatt,  blogger, and an award-winning author of popular books on economics and finance. He holds a Ph.D. in economics and is Co-Founder and Co-Director of the World Economics Association. 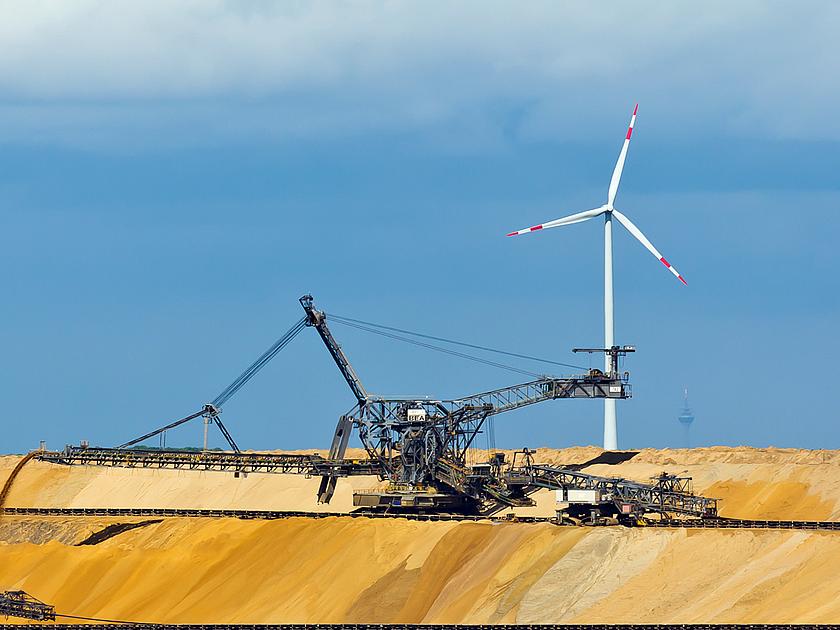 At their party conference in November, the German Greens set the goal to replace gross domestic product (GDP) as the predominant measure of growth and prosperity. “GDP is blind to the social consequences and ecological damage of our economic activity,” said the lead motion. It proposed “a new measure of prosperity to measure not only economic but also ecological, social and societal developments”. This sounds as if GDP is to be replaced by an improved GDP that also includes ecological and social developments. That would be a mistake.

Blair Fix of York University states in his essay “The Aggregation Problem: Implications for Ecological and Biophysical Economics” that GDP is neither suitable as the measure of wealth as it is all too often presented, nor was it ever conceived as such. (A shorter, more recent and freely available essay by Fix together with Nitzan and Bichler “Real GDP: The Flawed Metric at the Heart of Marcoeconomics” in Real World Economics Review No. 88 argues similarly).

Statisticians agree with this part of the criticism. “GDP is not a welfare measure,” says Michael Kuhn, head of the “Prices” group at the Federal Statistical Office. He also warns against including non-economic processes such as ecological damage in an expanded GDP because there are no market valuations for them. Including them in a measure of success for ecological and social progress “would bring with it major measurement problems and subjectivity”, he says.

Fix’s (as well as Nitzan and Bichler’s) criticism is more fundamental, though. According to them, GDP has a deep-seated problem with hidden subjectivity, which would become even greater if ecological factors were included. They warn that by condensing goals into a single figure, real conflicts between goals and interests are resolved in a non-transparent way by the value judgements of individuals who determine the weighting. It would then be up to the statisticians to decide how to evaluate the fact that electric cars running on coal or wind power make the air in cities cleaner, but at the same time the air in rural areas becomes dirtier, or wind turbines disturb residents and kill birds.

The statisticians are not entirely innocent of the fact that GDP has such an unduly prominent role. By concealing the wide margins for subjective judgment and the large margin of uncertainty, they make GDP appear to be an objective and accurate measure, which in reality it is not.

The deception starts with the fact that the discrepancies between the different ways of calculating GDP – both on the origination side and on the expenditure side – are hidden in an item called “changes in inventory and similar”. In 2019, German GDP growth was 0.6 per cent. The “inventory and similar” element amounted to minus 0.9 percent.

Stefan Hauf, head of the group responsible for calculating GDP at the German Statistical Office, defends this method of presentation by saying that changes in inventories are actually less well documented statistically than other GDP components: “We calculate GDP according to international standards. In the end, we publish a single robust value, not different values or a range,” he says.

But Blair Fix sees a deeper, more fundamental problem with GDP, namely the lack of a stable measure of value.

The problem arises from adding things together without a common denominator. How do you decide whether more or less was produced when, in the first year, one computer and 1,000 loaves of bread were produced, in the second two computers and only 800 loaves? Measured in kilograms or calories, more was produced in the first year, measured in computing power more in the second year. The only unit of measurement that can be added up is price. By multiplying quantities and market prices, you can compare the values of total production.

Price adjustment is full of arbitrariness

The problem becomes apparent when try to arrive at a “price-adjusted” or “real” GDP and a “real” growth rate. It would not be a problem if prices changed uniformly. But relative prices change constantly, sometimes massively. So the value measure is in constant flux.

If in year one, the computer costs 1,000 Euros and the 1,000 loaves of bread cost one Euro each, the production value is 2,000 Euros. One year later, the value of the two computers and 800 loaves of bread, measured in prices from year one, is 2,800 euros or 40 percent more. However, the price ratios in year two could also be used as a benchmark with equal justification. If a computer then costs only 500 euros and a loaf of bread 1.25 euros, then the production value in year two in current prices is 2,000 euros. The production value of year one in the prices of year two is 1,750 euros. The increase to 2,000 Euros is then only 14 percent. The decision on which price ratios are taken to value the production is therefore a decisive factor in the result.

There is no objective yardstick to determine whether, in the example plus 14 percent or plus 40 percent or anything in between, is “right”, says Fix. Accordingly, the methods used by statisticians also differ, both internationally and over time.

Nevertheless, the website of the Federal Statistical Office misleadingly states: “On a year-on-year basis, the ‘real’ economic growth over time is presented free of price influences.”

Stefan Hauf defends the approach: “Our current method is better than the one used in the past and reliably shows the real economic development in a world with thousands of goods. In addition, it is the internationally prescribed one, which guarantees comparability with other countries.” However, this would mean that for decades German and international statisticians have knowingly used an inferior method of price adjustment for decades before it was changed. The alternative used today has been well known for a century.

Until the 1990s the price ratios of a base year were fixed for years. Only at larger intervals was there a switch to a more current reference year and recalculation of “real” growth rates, far back into the past. The growth rates of past years often changed very significantly. In the USA, for example, the recession of 1990/91 appeared twice as deep as previously reported after a change in the base year. The necessary price adjustment led “to growth figures that were heavily dependent on the arbitrary choice of the base year,” wrote Charles Steindel, explaining on behalf of the Federal Reserve in 1995 why the US was the first to abandon this method.

After long hesitation, the German Statistical Office also started using the new method in 2005. Today the previous year is used as the base year in each case. “The chain weighting method ensures that history is no longer rewritten by arbitrary changes of the base year,” is how US statistician Steindel described the main advantage.

This can also be seen as a disadvantage. The fundamental uncertainty as to the “true” value is only hidden, not eliminated. In Germany, the change in the method in 2005 increased the growth rate from 1991 to 2004 in almost all years. As a result, the GDP of 2004 was two percent higher. In the case of investments in equipment, where price fluctuations are greater, the “price-adjusted” value even increased by around ten percent.

In addition, because of the changing scale, it is actually no longer possible to compare the growth rates of different years. If real GDP grew first by one percent and then by 1.2 percent, one cannot say that the economy grew more strongly in the second year. This is because the unit of measurement is different, just as when two people with different foot sizes measured two different distances in feet.

Despite all this arbitrariness, shortcomings and measurement problems, on November 14th, when the GDP growth for the third quarter was announced, there was a lot of fuss about the fact that the GDP grew by 0.1% rather than falling by say 0.1%. Pundits concluded that Germany was not in recession. The same will be repeated when the GDP for the fourth quarter is announced. Whether growth in the third quarter will still be positive after the revision of the figures will then no longer matter.

Yesterday the trials of Catalonian political prisoners in Spain began. Human Rights Watch has questioned the legitimacy of the trials, asking why “no police officer had been convicted for excessive use of violence during the […]