Norbert Häring is a financial journalist at the German daily business newspaper Handelsblatt,  blogger, and an award-winning author of popular books on economics and finance. 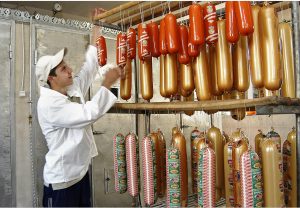 Investor State Dispute Settlement, those special tribunals which foreign investors can use to sue a host government for alleged infringement of their rights, have drawn criticism for being one-side. Investors can sue governments, but not vice versa. Arbitration counsel Juan Carlos Boué* describes a case which drives this to the extreme: an investor drags a government in front of a tribunal because the government is suing the investor in the regular court.

“Someone once said that satire died in 1973, when Henry Kissinger received the Nobel Peace Prize. However, a recent case brought before a World Bank arbitration tribunal suggests that satire might have only been in a coma all this time, and now 2020 has come around to deal it the killer blow.”

The case, brought under the Netherlands-Nigeria bilateral investment treaty, pits Eni (that quintessentially “Dutch” company, headquartered in Milan, and in which the Italian state still owns a 30.303% golden share) against Nigeria. The dispute relates to a petroleum licence which Eni and Shell bought in 2011, for 1.3 billion dollars.

This transaction is at the centre of ongoing Italian criminal proceedings involving Shell and Eni (and a number of current and former executives of theirs), in which it is alleged that the companies went ahead with the transaction despite knowing that most of this money would be dissipated in bribes to Nigerian politicians (Shell is being investigated by Dutch prosecutors on similar grounds).  Jointly being heard with the criminal trial is a 1 billion dollar civil claim, which Nigeria has brought against ENI, based on the same allegations.

Now, in the World Bank arbitration, Eni is claiming that this lawsuit – financed by a US litigation funding firm – forms part of a litigation campaign that Nigeria is waging against it in many countries and which, as well as being based on unfounded charges of corruption, somehow violates international law.

Explaining the minutiae of Eni’s claims will not say much to the layperson, who might instead struggle to understand just how a country can breach treaty obligations by resorting to the courts of other countries to seek redress for corrupt practices being independently investigated by the judicial authorities of those countries.

Indeed, the fundamental premise underlying the case casts the international arbitration game in such an unflattering light that a layperson might wonder why a country like Nigeria (or any other one which might find itself on the dock, for that matter) would want to continue playing it at all.

World Bank arbitration proceedings can be said to have become akin to the proverbial sausage factory, where prospective customers can see exactly what is going into the sausages and how the sausages are made. In such circumstances, people tend to go off sausages.

*Juan Carlos Boué is a Mexican national and London-based counsel in the international corporate and arbitration practice of the law firm Curtis, Mallet-Prevost, Colt & Mosle.

Do you have a feeling that there is a lot wrong with our economies, but cannot quite put your finger on it. Nick Shaxson helps you out. Nick Shaxson is an Investigative Journalist and author […]

Medea Benjamin, Nicolas J.S. Davies: What Steps Can the US Take to Foster Peace Talks in Ukraine?

Some sensible proposals for what the United States could put on the table if it really wanted to support peace negotiations. But it doesn’t. Medea Benjamin is co-founder of Global Exchange and CODEPINK: Women for […]

Even before the crisis of the pandemic, food delivery companies have seen their profits skyrocket while their so-called “self-employed” workers suffer rights violations and were banned from unionising. Taroa Zúñiga Silva is the co-editor with […]