In an information age in which most media brands deliberately nail their colours to the mast, one organisation – which that has just reached its 200-year anniversary – still can’t explain what it really stands for. The Guardian is loved by some, hated by others, but when it comes to an editorial standpoint, its mercurial choices have left many flummoxed.

Host Ross Ashcroft is joined by Des Freedman and Justin Schlosberg to discuss ‘Capitalism’s Conscience: 200 Years of The Guardian’. Edited by Freedman and with a chapter by Schlosberg, the book takes an in-depth look at both the newspaper’s journalism and its political values. 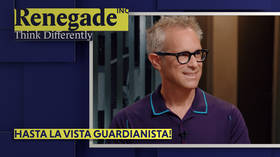 In this month’s Taxcast: we look at the United States, Trump’s tax reforms and the killing of the American Dream. Plus: as we see yet another school shooting, should the powerful National Rifle Association continue […]

Stephen Kinzer on NATO and Turkey

This is short, but to the point.