Another in the series of Richard Murphy’s didactic economic pieces. Just the thing for beginners and intermediates. 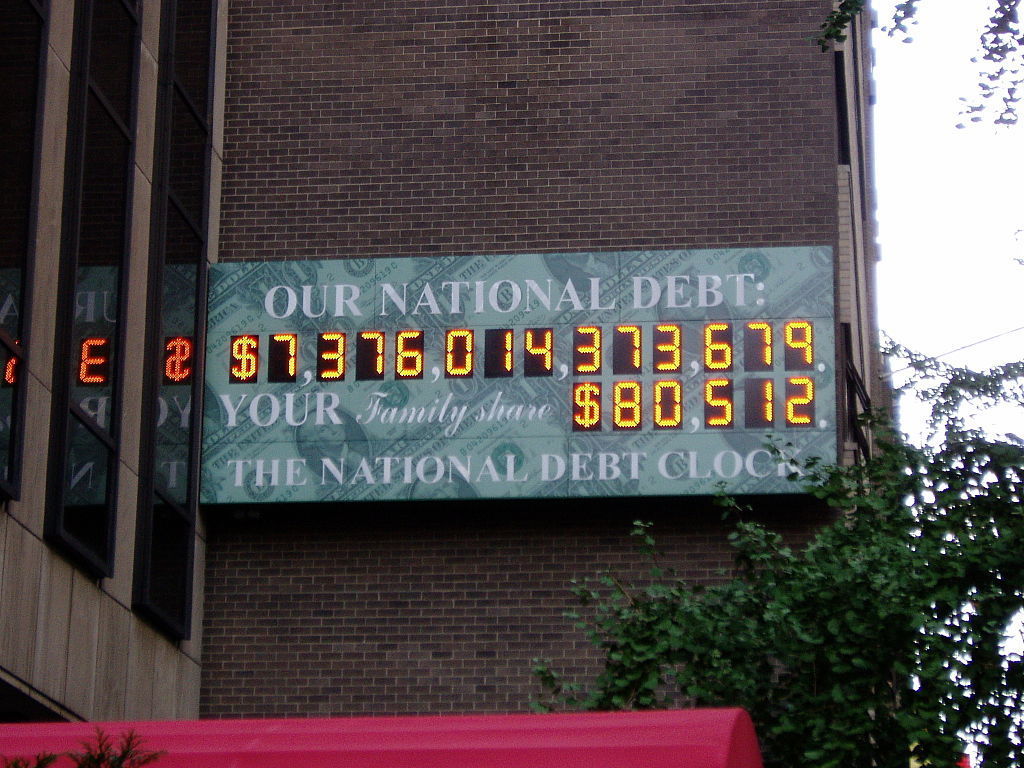 The national debt is going to squeeze the life out of our economy. We have to stop it growing, even if it literally kills us to do so.

There is no such thing as a ‘national debt’. There are notes and coins, National Savings and Investments accounts and the bonds that pension funds, life assurance companies, banks and overseas governments like to save in. And there is also the £635 billion the government includes in what it calls the national debt but which it actually owes itself. Where’s the debt in all this?

We don’t call bank deposit accounts ‘bank debt’. Nor do we say banks must do everything that they can to repay those deposit accounts as soon as they possibly can. So why when the government provides savings facilities, which we call the national debt, do we say it’s such a bad thing so they must repay it as quickly as possible?

We have almost never reduced the savings accounts balances that are described as the national debt since it began in 1694. When we have it’s been by tiny amounts. So why are we so obsessed with repaying it now?

What some call the national debt is actually private wealth. This must be the only type of private wealth that some in society are desperate to destroy right now.

The national debt is wrongly named. Some is the Nation’s Cash. Some is National Savings and Investments. And the rest is National Bonds – the capital of the country that people are really keen to buy. But none of it is debt as we normally think of it. So what, precisely, do we want to get rid of?

Just try getting rid of what you call the national debt. We’ll have no cash. We’ll have no safe savings accounts. The bank, pension and life assurance sectors will find it almost impossible to function, and foreign governments will have nowhere to save the sterling balances they’re really keen to hold. So sure, you can try to get rid of it. But what are you going to do about the economic chaos you’ll create as a result?

All our cash is included in the so called national debt. If you don’t want your cash I’d be pleased to have it.

Because we have what’s called a national debt on which interest is paid the government can, through the Bank of England, control interest rates in our economy by setting the rate it is willing to pay. That’s been used to keep interest rates low so that we can afford our own interest costs. Would you rather the government lost control of interest rates and your mortgage and credit card costs sky-rocketed?

Government borrowing provides significant advantages for any economy, and so it is to be welcomed. There are numerous reasons for saying so.

Firstly, government debt stabilises the banking system. We know that gilts are, for example, critical to the operation of what are called the repo markets and that there would be considerable difficulty in providing fiscal and financial stability without them being available for this purpose. Banks own significant quantities of gilts, at least in part for this purpose.

Second, government debt is critical to the supply of secure savings products, whether through mechanisms such as National Savings and Investments, through which £167 billion is saved at present, which sum is included in the national debt, or through what are called gilts – which are the savings bonds the government issues. Pension funds and insurance companies are major holders of these government issued savings bonds. They are just savings depositories. People want to own government debt because it is the safest place for them to put their money. Why are we going to deny them that opportunity?

Third so-called government borrowing includes notes and coin, which our economy still needs. About £76 billion pounds of the government’s debt is in this form at present. Do we want to do without it?

Fourth, government debt also provides a mechanism to control long term interest rates, whilst if central bank reserve accounts of clearing banks are also considered to be part of the national debt (which they are when treated as a liability of the government when consolidated into the Whole of Government Accounts) then this borrowing can also be used to very effectively control short term interest rates as well. Without national debt we would, then, lose control of interest rates. That would be deeply prejudicial to economic management of the economy. It may well also have a significant impact on the control of inflation, which would be exacerbated if the amount of debt was reduced. That would also be deeply economically uncomfortable.

In normal times all these facts (for that is what they are) relate to matters that are profoundly advantageous to our economy. In fact, it is entirely reasonable to suggest that significant levels of government borrowing are a major and beneficial instrument of control within any developed economy. In that case it is very hard to see why so many are inclined to exercise moral judgement on the subject of the so called national debt, or on the exercise of the economic control that it provides, or in providing the security that it affords to the economy as a whole. Prima facie it is hard to believe that there is any moral reason to condemn government debt.

Nor is the existence of government debt any indication of some sort of failure as some like to suggest: instead having a significant national debt is a necessary instrument for any government seeking to control its economy. No wonder that what is called the national debt has been so popular for more than three centuries in that case. If there is a moral position that requires justification it would be the claim that government debt should be reduced or even eliminated when it is not at all clear why that should happen.

These claims do, however, presume that it is understood precisely what government debt is. All that government debt actually represents is money spent to date by the government that has not yet been recovered by way of tax charge. It is, then, by definition, a measure of the fiscal stimulus that the government has been willing to supply to achieve common goals for society.

The question to ask in that case is why that is something that we should be worried about? Is it the fiscal stimulus that is wrong? Or is it the common goals of society that are wrong? What else can it be if there is a problem with government debt?

The national debt is massively misunderstood. It is weaponised by those who would wish to shrink the state, which is what repaying it would require. But perhaps most importantly it is no one thing. It is:

– The National Cash
– National Savings and Investments
– National Bonds, when structured as gilts
– And National Capital, maybe, for that debt which the government owns through the QE process.

But all of these play a role in the economy, and the paranoia about them is quite unjustified.

Tax Justice Network – #ParadisePapers: residency for sale to the rich and famous

Among the scandals exposed by the Paradise Papers is that of residency for sale, something Tax Justice Network covered just last month (along with passports for sale) as a special feature in their monthly podcast […]

Are sports simply a commodity and we are the paying consumers? Michael Roberts is an Economist in the City of London and a prolific blogger Cross-posted from Michael’s Blog The collapse of the attempt to form […]