What most people do not realise is that they already lose money with their savings account. A negative interest rate would probably be unacceptable. 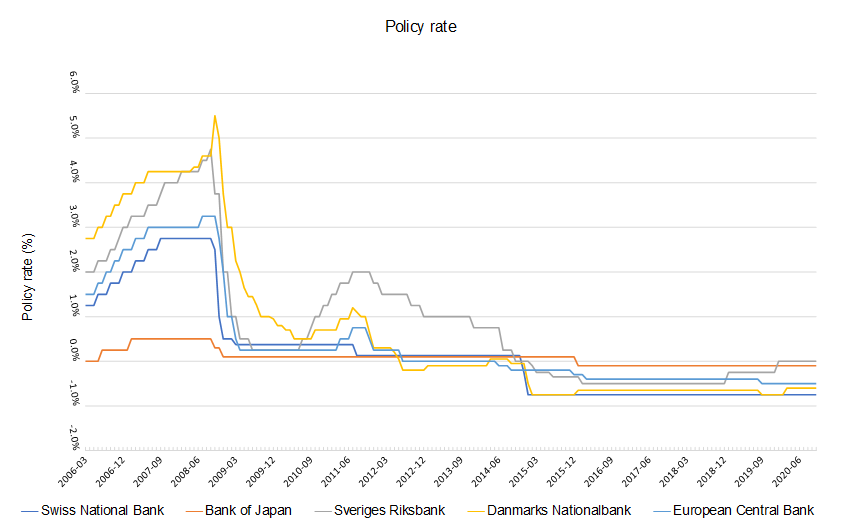 As The Guardian and many other newspapers reported yesterday, the Bank of England yesterday announced that it was preparing the ground for negative official interest rates within six months.

As the Bank has suggested, this does not mean that there will be negative rates. But unless they allow for the possibility if that now they will, as they admit, restrict their policy options. In that case this announcement has to be seen as creating the possibility of negative nominal interest rates.

There are a number of things to say.

The first is that this announcement is hardly surprising. There has been a strong, downward, trend in interest rates for 500 years now, which has in the last decade seen them head to around zero. Given the trend, negative rates are the next place to go. Other countries, such as Denmark, already have.

Second, this is no shock to financial markets. Government bonds are already being issued at real negative interest rates i.e., after many years of tying up their money the investor will get back less than they put in. All they are doing is paying the price for security that the government provides.

Third, consumers are also already familiar with negative interest rates. Anyone holding cash now is seeing its value fall in real terms. But again they are buying the security that only a government guarantee on their deposit can provide.

Fourth, the policy is hardly surprising. That’s because savings are sky-rocketing. For those who think this is because of Covid that is, at best, only part of the story. The real one is that if the government runs a deficit (and it is), and injects new money into the economy as a result (and it is) then someone has to hold that new money on the other side of the double entry equation. And since every borrower (and the government is technically that, albeit in a very special way) requires a lender. In this case means that as cash is being injected someone must hold it, in the form of savings. And in that case the government wants to cut the price paid on cash.

Fifth, there is good economic reason for trying to force cash out of the unproductive economy where it is sitting right now. As I have said time and again on this blog, saving is a pretty economically useless activity at the macroeconomic level. It may be personally important (which I will not dispute) but at a macro level it just withdraws money from the economy and reduces the scale of economic activity. The latter is especially true since the link between savings and investment is now very largely broken. Banks, we now know, do not lend out depositors’ money. And money in the stock market is not used to fund new share issues, and so has no relationship with investment. In that case, of course the government wants negative rates: it wants to encourage this money out of saving and into use.

Sixth, it is an unfortunate fact that this will not work. As I have already noted, in practice we already have real negative interest rates. There is nothing new then about this policy. And since existing negative rates have not stopped people saving, making such rates official will have little macro impact. After a crisis people are cautious. They are willing to pay the price of a government guarantee. And if that is a negative interest rate, so be it. I suggest that will continue to be true for several years based on past trends.

My suggestion is, then, that the Bank can try this policy but it will be a vain attempt to stimulate the economy that will not succeed. Much more radical thinking is required to achieve that.

Jayati Ghosh – Achieving earth for all

The west is fighting a proxy war in Ukraine, and is fully prepared for a long conflict at the expense of the Ukranian people. David Jamieson is a journalist, writer and socialist activist based in […]