The inequalities between the EU nations is glaring. Especially in the social care sector. 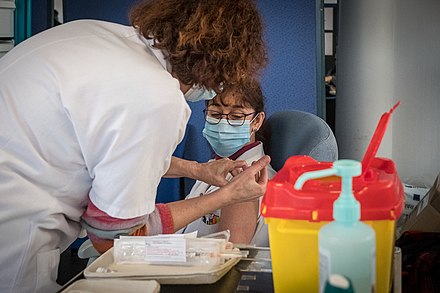 In the UK the recent announcements of tax rises for those paying national insurance in order to pay for changes in the eligibility to state funded social care, together with recent attempts by the Macron government to respond appropriately to the rising costs of social care in France poses the question of whether a common approach to social care across Europe could be taken, and flesh put on the bones of a “Social Europe”.

While a common economic response to European economic affairs is accepted with the ECB continuing to “do what is necessary” to ensure economic stability and while Macron is eager to promote the idea of a European army as a response to the Nato-isation of Europe under US/UK leadership I consider below the case for a more proactive European policy towards Social Care.

Traditionally social care is regarded as part of the competences governed by the subsidiarity principle:

“The principles of subsidiarity and proportionality govern the exercise of the EU’s competences. In areas in which the EU does not have exclusive competence, the principle of subsidiarity seeks to safeguard the ability of the Member States to take decisions and action and authorises intervention through the Union when the objectives of an action cannot be sufficiently achieved by the Member States, but can be better achieved at Union level, ‘by reason of the scale and effects of the proposed action’. The purpose of including a reference to the principle in the EU Treaties is also to ensure that powers are exercised as close to the citizen as possible, in accordance with the proximity principle referred to in Article 10(3) of the TEU.”

My hypothesis is that action on Social Care is best taken at the Union level as otherwise the Union is in effect endorsing a tiered system of Union membership acting against the promises of EU membership of increased social harmonisation, and ever greater unity. Without a social benefit the costs of EU membership can appear onerous and lead to disintegration, following the UK example.

What is my case?

Far from Europe harmonising the drift in Europe appears to be toward stratification. Of the poorer eastern European and Mediterranean countries on the one hand, the Nordic and Low countries(Belgium/Netherlands/Luxembourg) of Europe with high levels of universal provision of services for the elderly on the other and a third category of those that fall in the middle.

This does not appear to be planned or a conscious outcome of public policy either at the European or local level but appears as merely a structural accident reflecting local cultures, seemingly untouched by divisions of right or left or the pull of desirable outcomes, but rather from neglect and the pressure of more urgent calls on policy makers time.

The following charts taken from a report from the European Social Network help to explain what I mean:

They show a wide spread of state support provided to social care across European countries which is projected to extend over coming decades , and which will act as a marker of the quality of life across Europe.

They also show that the local employment of health and care workers differs markedly with many countries effectively subordinating care to unpaid women workers, family members and religious or charitable bodies. 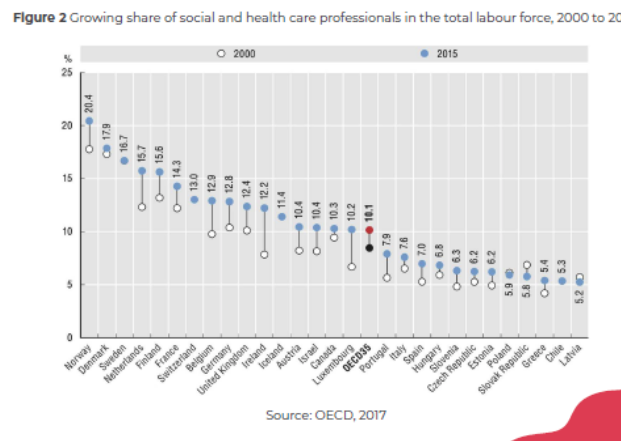 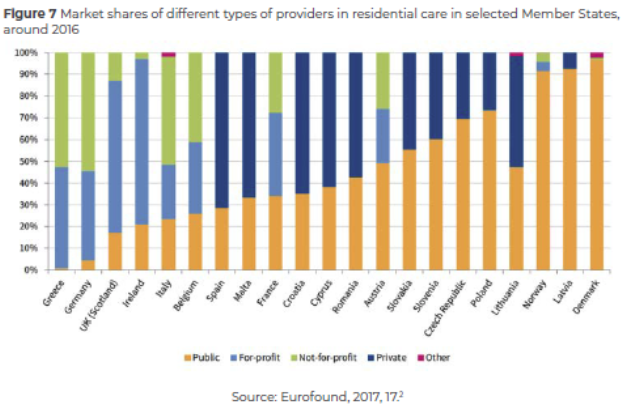 My argument is that a Social Europe worth its name could specify that every country look to fund social care from its public purse by at least 3% of GDP in the same way as Government funding deficits are kept to 3% by the disciplinary machinations of the European monetary system. Having an effective public backstop to care provision acts as a safeguard when planning changes to social insurance and charging policies ensuring a backstop is in place for those least able to afford it. The EU could monitor, incentivise and support this process.

This would help create employment opportunities, training programmes , help social and labour mobility and female participation in the workforce. This would have wider beneficial economic consequences and increase the pace of harmonisation across Europe.

Finally the degree of private sector involvement in social care needs to be highly regulated in the light of UK experience. The EU should be taking effective action to ensure tax avoidance and unfair competition are not being fostered or that light touch regulation is being exploited to the detriment of old people in no position to defend themselves. If failures in the private sector occurs the public sector or high trust providers from the third sector should be supported to take over. A Social Europe should expect each country to provide a strongly regulated, high quality regime that balances the need for state provision, self-funding when affordable, and family support.

The actual European Social Fund for 2021-27 seems to be ignoring the issue.

Since we launched BRAVE NEW EUROPE in Autumn of 2017 it seems that UK university workers have gone from one strike to another, en masse or as single universities. This is the result of the […]

Forget the EU’s Green Deal. Call it climate hypocrisy instead. One day the European Parliament declares a climate emergency, now they vote in favour of fracking. Again it was EU hegemon Germany behind this vote. […]

Richard Murphy – Then world is heading for catastrophe. What can we do? Well, quite a lot actually

Where there is despair, there are thinkers who keep their eyes on real solutions Richard Murphy is an economic justice campaigner. Professor of Accounting, Sheffield University Management School. Chartered accountant. Co-founder of the Green New […]