Serban V.C. Enache is a Romanian journalist and indie author. Though interested in history, politics, and economics, his true passion is for medieval fantasy fiction.  He can be reached over Twitter 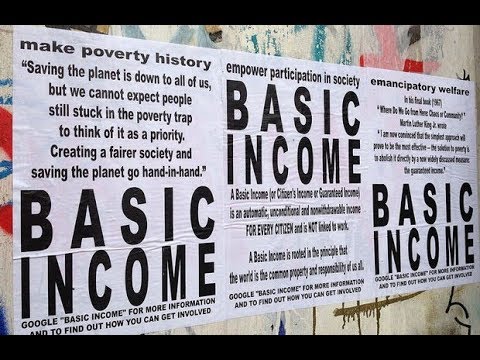 There are a number of people on the internet, supporters of Universal Basic Income or Basic Income Guarantee, who peddle regressive taxation to “pay for” the program. The most common funding schemes you’ll find on the internet consist of: VAT (Value Added Tax) or a Tax on all financial transactions – the latter’s final goal being that of replacing all other taxes. VAT is a regressive tax that hits the poor. A tax on all transactions is regressive as well; if its aim is to replace all other taxes, it will translate into the rent-seeker’s wet dream. Not all taxes are the same. Most taxes carry deadweight. In contrast, land-value and vacancy taxes have negative deadweight (they add efficiency to the market).

I certainly don’t believe that all UBI/BIG advocates have malicious intent; but ignorance of double-entry bookkeeping at macro level, ignorance of how fiat money works and its implications regarding fiscal policy, ignorance of economic rent… leads to sabotaging their own goals. Those who champion linking UBI with VAT or a Transaction Tax, or with any other tax that’s not designed to capture economic rent, are either clueless or are deliberately chasing a pernicious agenda. Let me repeat, I believe most of them are in the former category. A financial transaction tax will simply get rolled onto consumers. Firms won’t end up forking the bill, consumers will. There is no point in levying regressive taxes to accompany UBI.

Robot workers are good and all, but firms still require demand for their produce. UBI DOESN’T need to be “funded” with a tax. What happens in case the economy goes into recession? Will UBI advocates (like all the rest) slash public services and public investment because tax revenue shrinks (due to nongovernment sector deleveraging)?

National Government taxes don’t pay for anything. They just create demand for the currency and drain income out of the economy. Why tax say 1 trillion out of the economy in a regressive manner (hurting the real productive economy) only to spend 1 trillion in UBI, income which gets eroded by usurers and land-lords demanding higher interest and rents.

There’s no need to add deadweight taxes to have BIG, or UBI, universal health care, education, R&D, the military, infrastructure etc. A transaction tax is garbage and should it replace all other taxes, it would be mana for rent-seekers. VAT is also garbage. So is sales tax. So is taxation of labor (earned income). So is taxation of improvements to the land. So is the business tax. Any rent of location left untaxed by the Government is free to be pledged as rent to property owners or as interest to money lenders (aka unearned increment).

What chunk of the economy is categorized as wealth-extractive rather than wealth-creative? Well, it’s a complex number to figure out. In the US, for the past 50 years, over half of the total value of property has been represented by land. Privatized land rents account for more than 15 percent of GDP in Australia. If we add other forms of rent seeking on top of that like: usury, patents, cartelized markups, and political lobbying, the final figure representing wealth-extraction grows ever larger. It’s certainly a bigger drainer of money than traditional corruption.

Rent-seekers get their free lunch in both the contraction and expansion phases of the business cycle, particularly during the upturn. The following graphs illustrate this clearly.

If I was a rent-seeker, I would encourage higher minimum wages, private investment (restaurants, banks, hotels, supermarkets etc), and most of all – public investment (roads, electricity, water and sewer etc) which precludes the former anyway. Why? Because that’s how I maximize my unearned increment made possible by the presence of the community and enterprise of its people. Big corporations feed their shareholders tremendous windfall gains via patents and political lobbying efforts – getting politicians to cut regulations and their taxes and to give them more (unfair) advantage in the marketplace.

This is an old school labor platform. A platform the petty liberal bourgeoisie has forgotten or hates. In its stead, it embraced cosmopolitanism, phariseeism, inorganic, market-driven nonsense.

I stick to the middle regarding the debate on automation, job destruction, and the future of human labor. One side will casually say, let us embrace the robots – things will be cheaper, there will be more leisure time – and, hey, look, the robots are already here! Yes, that’s a nice scenario, but how exactly are we going to transition to that in a frictionless manner, without exacerbating the political, socio-economic, cultural and racial problems persistent today? Technological progress is not something new under the sun. It’s always been a factor and it (alone) has never delivered humanity from struggle, conflict, or poverty.

The other side will claim that automation is negligible, that there will always be need of human labor, and that there’s no reason to worry about the future. Yes, there is. Try telling that to someone who lost his well-paying job to a machine. What is he left with now? Crummy welfare checks, zero hour contracts, or dead-end (poverty) minimum wage jobs. More so, some will ask – where are these robots because productivity is crawling or standing still? You can become redundant as an employee without the machine doing more work than you can. It’s sufficient for it to do the same amount of work, but more efficiently. Gains in efficiency translate into lower costs for the employer.

Both of these sides (the robots are here & the no they’re not) are naive and not worth listening to, unless you want to make the sign of the cross (whether you’re a theist or not) as you sigh deeply and shake your head. It’s not just manufacturing that’s withering away, but service jobs also – it’s called Fintech (financial technology, algorithmic processes).

Yet for every technological revolution there has been a net increase in the size of the (human) labor market. A consequence of automation in the political and socio-economic context of class warfare is that the returns on robots are being concentrated in the pockets of the opulent minority. Monopolistic tech firms will simply extract economic rents from everyone else – and they will control the price of entry into the business sector. Think feudalism with electricity, wireless internet, and fancy pocket-size gadgets.

We’ve got a good memory to remember the jobs that were lost or will be lost, but we can’t imagine the new jobs that will be there. This lack of imagination also applies to some critics of the Job Guarantee. I will venture to say that a well-regulated market, overall, delivers good results in satisfying consumer demand – so long as people have an income from which to spend (i.e. full employment).

Some wish for the Job Guarantee to be more than just a buffer stock of employed labor. They want it to also be a tool for social-engineering. I don’t know how that will fare in the West. It’s worked pretty well for the Chinese, though, who (contrary to popular belief) have a highly decentralized system, in which 80 percent of public spending is done by local governments and only 20 percent of spending is done by the central authority. I say experiment as much as you want, so long as you start from a Chartalist and Georgist framework.

Let’s return to the question of funding

For a Government with monetary sovereignty, taxes for revenue is an obsolete concept; more so, it is an operational impossibility, since the sovereign has to spend the currency into existence before it can tax and or pay interest on it. [Note: paying interest is a policy choice. The difference between a Treasury bill and a banknote you have in your wallet is that the former is a bond with a maturity date and interest yield attached to it, while the latter is a permanent bond with zero interest. An interest yield above zero is a subsidy; below zero is a tax].

Where will the money come from to finance the program is the easiest question to answer. From Central Government fiscal debits. The Executive via decree or the Legislative via a vote passes the required budget for the program. After that, the Central Bank debits the Government’s account and credits the accounts of the recipients as necessary. It’s not a hard or ridiculous thing to understand. Politicians do it all the time for war/defence spending; let’s have them do the same for civilian goals. Easiest way to implement UBI (in my view) is to give every citizen a free checking account at the Central Bank.

Implementing a UBI without a tax code in place designed to capture economic rent will, in time, erode the income gains to the benefit of rent-seekers. The same is true for other schemes such as Universal Healthcare, higher minimum wages, infrastructure spending etc. Implementing a UBI alongside a VAT is worse than implementing UBI without it for both political and economic reasons. A budget-neutral UBI plan should spark caution in all who identify as progressive in one way or another; for it will mean the UBI isn’t high enough and odds are will entail more than the necessary cuts in public spending to avoid waste and overlap with the traditional Welfare bureaucracy. Implementing UBI alongside a Transaction Tax, which replaces all other taxes, will be even worse. Supporters of UBI of good faith should run like hell from this scenario.

I said this before and will say it again, UBI advocates need to contemplate how they can rein in potential excess demand relative to supply – how to contain potential demand-side inflation. That is the key argument they need to have prepared; and VAT is not a fair or efficient way to contain it. That leaves the vacancy and land-value taxes, which add efficiency to the economy. They discourage and penalize idle-land (the owners of it) and shrink the rent-seeker’s bargaining power to the benefit of capital and labor. They are economically efficient and morally just.

While mainstream media sees “Populism” as the threat to democracy in the Europe Union, it is actually the EU political elite. This article has less to do with Brexit, but a lot to do with […]

Why are so many Germans frustrated and resigned? One cannot spare politicians and the mainstream media the accusation that they are primarily responsible for this. Their inability to communicate with citizens has reached a new […]

David Whyte – Catalonia: the promise of a republic built on civil disobedience

When many nations in the EU come under pressure one suddenly realises how thin the democratic veneer is. This is of little surprise, as the principal raison d’être of the EU is economic, better said […]