Italy is in the midst of an acute economic and health crisis. Little help has  been forthcoming from the EU or European Central Bank.

The original version was published by the Italian national newspaper Il Fatto quotidiano on 22 March 2020. 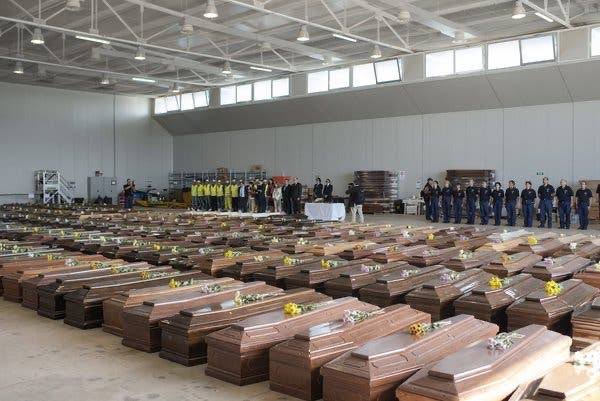 Europe had got off to a very bad start in dealing with the developments of the current coronavirus epidemic. Hypocritically, the Commission had loosened the budgetary constraints (now permanently suspended), as if they would not have been violated anyway to support health and economic expenditures. Furthermore they assumed this one measure would solve the problems descending on EU nations. As is well known, the possibility for a government to maintain deficit spending depends on the interest rates it has to pay on its debts. German government bonds, which are considered safe, pay a negative interest rate. By contrast, as soon as the Italian government dares to increase its deficit, the interest rates it pays rise making the debt unsustainable. In addition, the president of the Euorpean Central Bank (ECB) President Christine Lagarde, with an improvident, but not accidental, statement, threw petrol on the fire saying that the ECB was not there to curb the rise in the “spreads” (the differential between the Italian interest rates and German rates), i.e. to support Italy.

A killer cocktail was being prepared for us Italians, that of being forced to resort to the European Stability Mechanism (ESM) – a controversial “European State-saving fund” created in 2012 to sustain states in financial troubles. (Incidentally, the Italian government had been opposed in recent months to a reform of the ESM to be transformed, in the German design, into a European monetary fund that would increase its autocratic powers at the expense of those nations that are too democratic profligate in the eyes of norther countries). The message from the European hawks to the Italians was clear: increase your debt to get out of the health crisis, we will do the maths later. On the brink of bankruptcy you will have to come on your knees to the door of the ESM, just like Greece did. The ESM doesn’t have enough resources to save you, but once you resort to it, the ECB can intervene by buying your government bonds (Draghi’s famous “Whatever it takes”).

You will then pay dearly for the support with the restructuring of your public debt , which will fall on Italian banks and savers, so you will stop endangering the financial stability of the euro area. ESM aid will also be conditional on a Memorandum of understanding that will finally bring your public finances under EU control through harsh austerity measures. The effects would be worse than in Greece, as Italy will come out almost moribund from the health crisis.

Some mediation by Angela Merkel must have later prevailed, with a thought for France, which could well find itself in the same situation, and a possible financial conflagration of Italy and the euro. So in the middle of last week, the ECB announced the deployment of a big bazooka, a strengthening of the plan to buy public securities (the so called quantitative easing) that brings it to over a thousand billion euros. By breaking the rules, the ECB will be able to support proportionately more countries that, like Italy, due to the current health crisis and economic effects are under financial stress. Will it be enough? The persistent high interest rates on Italian government bonds at unsustainable levels to allow the country the necessary spending policies suggests that the measure of the ECB is welcome but still insufficient.

Given these antecedents, with some surprise the Italian prime minister, Giuseppe Conte, later expressed the Italian desire to use the ESM funds, as long as they were not subject to extortionate conditions. But why resort to the ESM when the ECB has already intervened? Those in favour of intervention see loans from the ESM as a sort of eurobonds: the issuance of European bonds at lower interest rates to replace national bonds issued at less favourable rates. Or perhaps as a prelude to stronger ECB intervention – which technically can only provide unlimited support to countries to countries under an ESM assistance programme. But who can assure us that when the credits will have to be renewed – an exhausted Italy will certainly not be able to repay them – there will be no cruel austerity measures and debt restructuring imposed on Rome? Why should the markets be reassured? In fact, the securities issued by ESM would not be real Eurobonds but only instruments with which the ESM collects and lends money to countries.

In the meantime, Ursula von der Leyen, the president of the European Commission, has supported the European issuance of “corona- virus bonds”, eurobonds to finance the new debt with support from the ECB. These bonds would be a genuine form of eurobonds. This proposal would be promising if it initiated a progressive europeanisation of the debt of the member states. With eurobonds, it is eurozone that goes into debt to finance the nation states, and no longer the nation states themselves. The states of the European Monetary Union would be at that point members of a European state, as it should be in a viable monetary union. Eurobonds are also better than the purchase of national bonds by the ECB, which remains a temporary measure, and in any case complements the ECB action in support of pre-existing national debts. Some have even proposed turning the ESM into the technical issuing body. Of course, this is still utopia, unfortunately confirmed by the fact that the Netherlands, which Germany hypocritically sends in to save its own face, has opposed the corona-bonds initiative. For this reason Giuseppe Conte must have thought that this route is precluded, while Italy is in a much greater hurry than Germany to raise additional money to deal with the emergency. However, only a radical European step in the direction towards eurobonds, supported by the ECB, would prefigure a principle of structural change in eurozone governance without throwing Italy into the financially autocratic trap of the ESM.

Jason Hickel – A Response to Noah Smith About Global Poverty

Like most articles in mainstream media there is no intention to analyse problems, but instead to distort and obfuscate serious discussion. Jason Hickel is an anthropologist who works on political economy and global justice. He […]

Danny Dorling – Finland: Happiness is a place between too little and too much

DO NOT READ THIS ARTICLE! THESE PEOPLE PAY VERY HIGH TAXES!!! Who cares if they are happier and healthier. Danny Dorling is Halford Mackinder Professor of Geography, University of Oxford Cross-posted from Danny Dorling´s blog […]