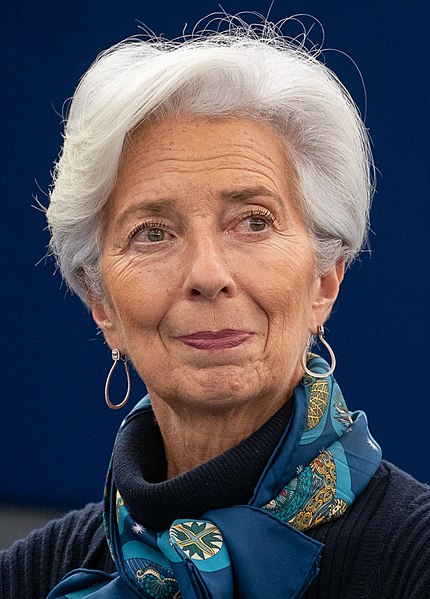 The Italian economy went better than expected, but there are clouds on the horizon, not forgetting that there will be elections at the end of September. In June, the employment rate in Italy reached 60.1%, a figure not seen since 1977. And it was precisely the second quarter that, according to ISTAT estimates, saw a 1% increase in GDP compared to the first three months of the year, thus higher than the Eurozone average (+0.7%). “Evidently,” Sergio Cesaratto, professor of European monetary policy at the University of Siena, tells us, “the support of public spending, in particular the long wave of the “superbonus” [a generous fiscal support to restructure private dwellings], has been very effective in the face of difficulties of foreign demand and of agriculture, affected by the drought. Tourism is also pulling. We all want to forget the Covid, the war and escape climate change (making it worse).

Let us also remember that the growth rate of 4.6% for the second half of 2022 is an annual average that takes into account the robust growth of the second semester 2021. The daily Corriere della sera also noted the versatility of Italian companies, which are smaller, with ‘short value chains’, diversified in niche and often luxury productions, able to move quickly from one market to another, so better equipped to face market turbulences than the transalpine giants, which are more rigid and have upstream and downstream business chains that are difficult to change. An old argument, if I remember correctly, also evoked by the great Italian economist Marcello De Cecco who, however, did not fail to point out the limitations of the Italian SME model (such as high tax evasion, recourse to undeclared work, low R&D and productivity)’.

How do you think things will go in the coming quarters?

The outlook is not rosy, with the US economy in recession and clouds over the German economy heavily dependent on Russian gas (with Italy heavily dependent on exports to Germany). In America, rising rates have affected real estate and household spending, while government spending has not supported the economy. I would point out that government spending is a necessary support for the economy in all circumstances. It is not only necessary in recessions, indeed its decline is a major cause of recession. Unfortunately, in Europe, we will still have to disengage from American bellicose strategies and give ourselves a prospect of peace with Russia. The question here is not whether or not to supply (defensive) weapons to Ukraine, which has the sacrosanct right to defend itself, but how to place these supplies in a negotiating perspective. The US is leading us into a situation of perpetual conflict.

If we look at Germany it seems that they have to fear for the winter and energy supplies, if we listen to Italian ministry for energy Mr Cingolani it seems instead that Italy is already safe from rationing. What do you think?

I do not venture into terrain I am not familiar with. We give credit to the Draghi government for some energy activism, but the situation remains precarious if the conflict is not resolved. Regardless of the current energy crisis, the priority should be to reduce emissions and expand clean sources of energy. The ongoing climate change is dramatic. Public opinion is insensitive, feeling perhaps powerless. Our development model is unsustainable. But how to change it!

The Fed does not rule out reviewing the pace and scale of rate hikes, not least because the US has entered a technical recession. Will this change anything in the choices made by the ECB, which in July made its first hike in 11 years to a greater extent than expected only a month earlier?

It is almost pointless to continue discussing this: monetary and fiscal policy are caught between the Scylla of recession and the Charybdis of inflation. One must try to mediate by accepting a higher inflation rate to preserve employment. What bothers me is that the fight against inflation is justified by protecting the purchasing power of the weaker classes. For workers unemployment is worse than inflation, i.e. a reduced income is better than zero income. And pensioners have an income anyway. In Italy the fight against tax evasion should be intensified to compensate employees and pensioners. But next 25 September the majority of Italians will nonetheless vote for the right wing pro-tax-evasion parties.

Considering also the different nature of inflation on both sides of the Atlantic, as well as the differences in the statutes of the two central banks, is there a risk in Europe of causing a recession in an attempt to contain inflation?

The well-known difference between the United States and Europe is that in the former, inflation was generated by growth in demand, not just by rising prices of imported energy and industrial products, while in Europe the latter cause acted primarily. However, the tool for containing inflation is the same: generating a recession. It may be that the price increases are stopping, there is some pale sign of reducing inflation, but the rising cost of energy and its effects on downstream prices remain. I mean that the curtailment of purchasing power is permanent. Restoring conditions of peaceful coexistence in Europe remains the key issue. Then those costs may well come back. Rather than recession in Europe, inflation is beaten by ending conflict.

What do you think of the anti-spread shield, the TPI, recently approved by the ECB? Will it be able to help Italy in case of spread flare-ups?

It has been little observed how the Transmission Protection Instrument resembles the infamous Securities Markets Program, the program of buying government bonds of countries that were then politely referred to as PIIGS (Portugal, Italy, Ireland, Greece, and Spain) by the Nordic countries, that the ECB launched in 2010 and that due to its limited size was completely ineffective. It purchased just over 200 billion in securities overall. Only Draghi’s threat of unlimited purchases in 2012, and large purchases with Quantitative Easing that began in 2015 affected the spreads between the Italian BTP and the German Bund. Already spreads above 200 points as at present are an unbearable burden on Italian public finances. A rate hike by the ECB needs to be accompanied by stronger action for it to take place with falling BTP-Bund spreads. Of course, commentators are right to say that Italian political instability and the unreliability of certain political forces have their part to play. But between the obsequious cowardice toward European institutions typical of “responsible” centre-left, and the adventurism of the center-right, there should emerge a progressist middle ground, which does not currently exist. And so we keep the spreads above 200 as a European warning to behave well. Unfortunately, from Europe we continue to expect little. The arch German professors have now appealed to the German Constitutional Court against the Recovery Fund. They will lose the case, but the German High Court will rule that the Next Generation EU programme is justified in emergency, but never should become a stable form of Europeanisation of investment.

In a previous interview, you told us that through the spread trend, there would be an attempt to influence the Italians’ vote. This was before Draghi’s resignation and the decision to call early elections. Has your prediction changed? And do you still expect a Draghi-bias after the vote?

I am not sure anymore. With Draghi legitimately still in the saddle it was a possibility. Draghi seems burned out to me, and he won’t want to be part of politics anymore – but in politics nothing is definitive, as you know. Likely Italy will have a right wing government. It is an unknown. It will act under the threat of spreads, all the more so if they adopt the demagogic policies they promise. It will seek consensus with anti-immigration measures and things like that. Certainly a reformist culture in the social sense is alien to the right and, especially Fratelli d’Italia (the former-neofascist party now leading in the polls) lack government competencies and experience. It would have been desirable if, to the left of the Partito Democratico, the Five-Star Movement and the radical left had formed an alliance with a strong social and reformist imprint, supporting the welfare state and public education, a reasonable but strong vision on European policies, sustainable industrial and tourism policies, environmental education and experimentation with new lifestyles, integration of immigrants with strong regulation of flows accompanied by humanitarian aid. And with a foreign policy proposal that, moving from the recognition of the mistakes made by NATO since the fall of the USSR, would advocate European political and military autonomy from the United States, accompanying support for Ukraine and the call for a cease-fire with the rapid establishment of a new mutual security framework in Europe.

The Five-Star Movement dropped to around 10% of the vote from over 30%. It lost the right-wing electorate to Fratelli d’Italia. However, this is a popular vote, and many voters have not yet decided who to vote for. Given the perspective of a right-wing government, it is crucial that a left-wing social alternative is developed in Italy. The Five-Star Movement, after all, has tried to have a social agenda, although it has made some mistakes. The Italian left can only start from here.

Turkey’s Oruç Reis vessel has been carrying out seismic work in contested waters. EPA Clemens Hoffmann, University of Stirling The worsening stand-off in the eastern Mediterranean, frequently described as a gas conflict, has been gaining […]

A lack of public concern in the West at dealing with the impending climate catastrophe isn’t accidental. It’s been engineered by political elites to serve their own interests Jonathan Cook is the the author of […]