The UK Government is set to pay £80 billion to banks over the next two years for nothing. This highlights the urgent need for a rethink of monetary policy.

Simon Youel is Head of Policy & Advocacy at Positive Money 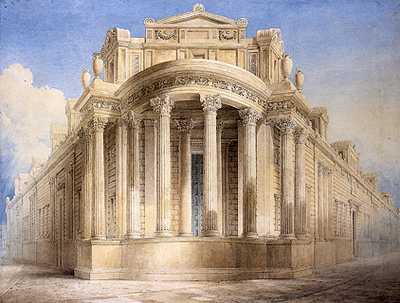 With the self-imposed constraint of a £50 billion ‘black hole’ in the government finances, commentators are obsessing over what spending cuts and tax rises UK Chancellor Jeremy Hunt will announce in this month’s Budget to ‘balance the books’. It’s beginning to feel like 2010 all over again.

As counterproductive as all of this talk about a fiscal ‘black hole’ is, one thing that’s missing from the conversation is that while we brace for cuts to public services, banks are quietly set to receive around £80 billion from the government over the next two years. If there really is a fiscal black hole that needs plugging, simply cutting this payout to banks would fill most of it.

This transfer to the banks arises from the way in which our central bank, the Bank of England, conducts monetary policy. Since the introduction of Quantitative Easing (QE) to the UK in 2009, the banking system has been flooded with reserves that the Bank of England created to buy government bonds. Before QE, the Bank of England was able to set interest rates through banks’ demand for reserves, which is the ‘high-powered’ public money that banks need to settle payments to the state and each other. But post-QE, because there are more reserves than banks have a need for, the market rate for reserves would fall below the BoE’s policy rate. As such the Bank of England moved to paying the full base rate of interest on reserves banks hold at their account with the central bank to ensure a ‘floor’ on rates.

The idea is that the interest rate that banks receive on reserves influences the willingness of banks to lend, or the cost at which they will do so – so to manage inflation we need to incentivise banks not to lend by paying more interest on reserves. But such an interest rate policy is a very weak mechanism. First of all, bank lending isn’t constrained by reserves, especially when reserves remain so abundant. The bigger constraint is profitability, as well as capital, and higher interest rates may also increase banks’ capital. Moreover, contrary to the orthodox central banking narrative, the evidence suggests that investment falls when interest rates are lower. As Geoffrey Gardiner argues from his experience as a manager in Barclays’ financial services division, higher interest rates actually incentivise banks to lend more, as they make it more profitable to do so.

Paying banks for sitting on reserves was relatively benign when interest rates were low, as these payments could be covered by the ‘profits’ the Bank of England made from its bond purchases via QE. But now, with the base rate rising, the Bank of England will be paying out more in interest on reserves than the income gained from the government bonds they bought before rates started rising. Losses on QE are covered by the Treasury who indemnify the scheme, and Parliament has already voted to transfer more than £11 billion of public money to cover this.

Former Bank of England deputy governor Paul Tucker recently calculated that expected interest rate increases mean that banks will receive around £80 billion of public funds over the next two years through this process. This was based on analysis from a brilliant New Economics Foundation report earlier this year, which argued that the government could save tens of billions of pounds a year by moving to a ‘tiered’ framework of reserve remuneration, rather than paying out the full base rate on all reserves banks hold with the Bank of England. This is a policy that has been implemented in the Eurozone, Japan and previously in the UK. Indeed, renumerating reserves at the base rate is only a new development since 2009, and represents an aberration from the norm.

From a more ‘orthodox’ perspective (typically those who have inherited a framework informed by monetarism, which has had a lasting influence in central banking), the concern is that if the central bank doesn’t pay out enough interest, banks will be encouraged to increase their lending to ‘get rid’ of reserves, leading to an inflationary explosion in credit. But in reality banks don’t ‘lend out reserves’. These reserves can only be held in accounts banks hold at the central bank, and the only way they can end up in the real economy is if people withdraw enough cash that banks are forced to exchange reserves for notes from the central bank — an unlikely prospect.

If policymakers did want to maintain demand for reserves, another alternative could be to tax banks for deposits not backed by reserves, rather them paying them, through what Eric Breon has termed an unreserved deposit tax. For example, banks could be charged a 2% tax on unreserved deposits, which would raise more than £25 billion a year for the UK government. A tax on banks should not be beyond the pale for a Conservative government – Margaret Thatcher imposed a windfall tax on the banks when they profited from higher interest rates in the 1980s.

Specific policy options aside, the fact banks are set to receive a huge windfall while everyone else is struggling, combined with the chaos around the mini-Budget which saw the government appear to end up in a stand-off with the Bank of England, shows the need for an urgent rethink of the current policymaking framework. The last time the government undertook a review of the monetary policy framework was in 2013, under very different circumstances, saying that it would publish another review by the end of 2019. But as we near the end of 2022, this review is nowhere to be seen.

Rather than enforcing more of the austerity that got us into this mess, Jeremy Hunt should use the Budget on 17 November to end the huge giveaways to the banks and launch an overdue review into the way the Bank of England conducts monetary policy.

Blue hydrogen isn’t a clean energy source and the economics don’t work, but that does not appear to be slowing its rapid adoption being driven by the oil and gas industry. By Justin Mikulka: freelance […]

For decades the IOC has been plagued by scandals, commercialism, corruption, and authoritarianism. Things are not getting better Jens Weinreich is a German Journalist Cross-posted from Jen’s blog Sport & Politics IOC President Thomas Bach […]