Government facing calls to ban riot police’s use of explosives. What has been going on in France for almost three months is a brutal repression not appropriate for Europe. Why are we seeing this in France an Spain, but not in the so-called illiberal nations such as Hungary and Poland, which are constantly being condemned by the EU political class. Probably because democracy and justice are not among the EU´s four freedoms. 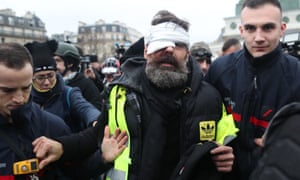 German Foreign Policy: The “Germanization” of the European Parliament

“Germans hold many key positions in other EU administrations, such as EU financial institutions. Critics are already warning against the “Germanization” of the EU parliament.” Read here

Climate impacts are occurring faster, and will become more severe even sooner than previously predicted, according to the latest and most comprehensive report from the UN’s International Panel on Climate Change (IPCC) Read Here