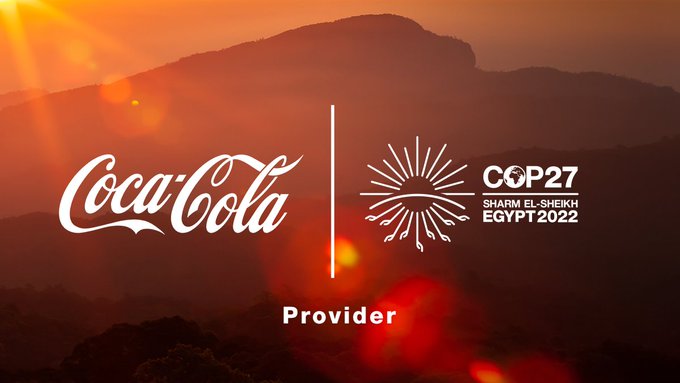 In the year 2015, at COP 21 in Paris, the most ambitious climate agreement was celebrated as a breakthrough for humanity. What nobody thought possible suddenly became reality: a vast majority of countries backing an ambitious climate goal of limiting warming to less than 1.5 degrees Celsius. The agreement was followed by a wave of ambitious net zero pledges by countries, corporations, and local political entities.

Seven years on, instead of rapidly ramping down carbon dioxide emissions as required by the world’s climate pledge, these emissions have kept rising, with the sole exception of a pandemic that had economic activity almost grinding to a halt. Promises to end fossil fuel subsidies and use the pandemic as a springboard to building back a better, more climate friendly economy faltered spectacularly: in 2021, fossil fuel subsidies by the G-20 industrialised nations were higher than in the year the Paris Agreement was signed. And that was before the war in Ukraine, which has brought a massive surge in investment in fossil-fuel infrastructure.

At first site, the position of the Intergovernmental Panel on Climate Change (IPCC), the UN sponsored co-operation of the world’s leading expert on climate, on the issue of continued fossil fuel expansion is clear: in the Summary for Policymakers of their latest assessment report, they clearly state that existing coal, oil and gas infrastructure is sufficient to blow the climate past the Paris Agreements 1.5 Celsius goal. The report also stresses the need for “rapid and deep and in most cases immediate GHG emission reductions in all sectors.”

So does that mean that climate policy worldwide is failing because it is not listening to the (IPCC assessed) science? Not quite. In fact, there are parts of the latest IPCC assessment report that have made it not only into the Summary for Policymakers, but also into lead articles worldwide, which sound decidedly less urgent for the fossil fuel industry. These cite IPCC sponsored modelling studies showing that in a world complying with the Paris Agreement’s climate goal “the global use of coal, oil and gas in 2050 is projected to decline with median values of about 95%, 60% and 45% respectively, compared to 2019“. What that means is that by 2050, we can still have 40% of current oil and 55% of current gas use.

If you are now scratching your head, used to slogans around net zero by 2050 to save Paris, then you are not mistaken. According to an earlier IPCC report, the remaining carbon budget for a 50% chance of staying below 1.5C warming is 500 GtCO2 (billion tons of CO2) from 1 January 2020 (Table SPM.2). If we count from the beginning of 2023, given recent trends, this amounts to ca. 380 billion tons of CO2, or less than 10 years of current emissions. If we assume a linear ramp-down of net CO2 emissions starting today, global net zero emissions would have to be reached within less than 20 years, or before 2043! So how on earth – literally – can we then keep using oil and gas happily all the way to 2050 and way beyond?

The secret comes in the disguise of a few acronyms. The Summary for Policymakers of the most recent report again:

“Modelled mitigation strategies to achieve these reductions include transitioning from fossil fuels without CCS to very low- or zero-carbon energy sources, such as renewables or fossil fuels with CCS, demand side measures and improving efficiency, reducing non-CO2 emissions, and deploying carbon dioxide removal (CDR) methods to counterbalance residual GHG emissions.”

So we can go to zero carbon and very-low carbon technologies, but we can also use magic formulas, like “CCS”, and “CDR”. (GHG means greenhouse gases.) Carbon Capture and Storage is a technology that somehow gets hold of CO2 and stores it permanently in geological formations. “Carbon Dioxide Removal” means any method to get the CO2 back out of the atmosphere after we’ve been emitting it. So the solution to the puzzle of continued fossil fuel use despite the severely limited carbon budget is that in those “median” computer model scenarios the IPCC talk about, CCS and CDR are doing all the heavy lifting to get us to 1.5. Not saying goodbye to fossil fuels or the fossil fuel industry.

The dominant pathways reported and advertised by the IPCC that lead to a world remaining below 1.5 degrees of warming rely on extremely large amounts of CCS, and the removal of vast quantities of CO2 using almost exclusively CCS in combination with bioenergy, also called BECCS. These scenarios have been repeatedly found to be wildly unrealistic as well as dangerous for human needs and the environment, if actually deployed.

Here are some facts that explain how this all works: in the IPCC’s scenarios, typically 90% of CDR is done using BECCS, the combination of bioenergy with CCS, because it is the cheapest option. The median CO2 removal by BECCS in Paris compliant scenarios is 12 billion tons of CO2 per year, or about one third of current fossil-fuel emissions. Total CCS amounts to 665 billion tons of CO2 until 2100 in Paris Compliant IPCC scenarios, of which half is for BECCS, and the rest for CCS in combination with fossil fuel burning and technical removal of CO2 with CCS (IPCC AR6 WGIII Table 3.6). For comparison, about 0.2 billion tons of CO2 were captured by CCS between 1996 and 2020. At this rate, it will take 79,800 years to capture the CO2 needed to comply with the Paris Agreement. There is no BECCS scheme in operation today.

The land requirements for the IPCC’s Paris compliant scenarios due to BECCS amount to 25 to 80% of current cropland area, or between 1.2 and 3.7 times the size of India (0.4 to 1.2 billion hectares) – in other words, it creates a world where a growing population will be unable to feed itself. If BECCS is established on forest land instead of cropland, it first requires the clearing of the forest, which creates a “carbon debt” that will take many decades to be paid back – making forest based BECCS unsuitable for the type of rapid mitigation required to meet the Paris Agreement.

There is now growing use of tree biomass for energy production, and plans to expand such schemes into BECCS. Therefore, even the prospect of BECCS is likely doing countless damage to intact forest ecosystems, including logging of old growth forests in the EU and Canada. The commercial viability of this practice depends on taxpayer subsidies as well as an accounting loophole by the IPCC that classifies biomass energy as carbon neutral, while the emissions from clearing the forest and from the biomass operations are being accounted for elsewhere.

Land, nitrogen, phosphorus, and water requirements of BECCS in those IPCC scenarios are so great that existing mitigation scenarios using biological carbon dioxide removal (essentially BECCS) may “largely transfer environmental risk from the atmosphere to the land”, i.e. mitigate against planetary heating but create similar or greater risks in the land sector instead. As a recent example, a 2021 modelling study found that removing carbon with BECCS would create more water shortage than the climate change it mitigates against – in other words, current “safe” mitigation scenarios do more harm than good. The overreliance on BECCS by the IPCC’s modelling is also at odds with a recent independent study that shows that Paris compliant scenarios are possible relying solely on a rapid expansion of renewables combined with afforestation and nature restoration.

Interestingly, the IPCC itself raise “medium levels of concert” about the deployment of CCS of more than 3 billion tons of carbon per year. A recent study found that with such a reasonable limitation to a still very large amount of CCS, the IPCC scenarios are still far from any of the rapid phase out of fossil fuels other prominent IPCC statements seem to advertise. We would still be able to use 35% of today’s oil and gas by 2050 by 2050. As the explainer shows, the selected Paris compliant IPCC pathways closely match projected emissions from existing fossil-fuel infrastructure. In other words, IPCC models always avoid the early retirement of fossil-fuel infrastructure and will find other methods, such as massive tree planting, with equally severe impacts on food security and biodiversity if carried out at the scale required, according to the recently launched land gap report.

The IPCC’s repeated assessment reports have been a decisive, authoritative resource underpinning awareness of the climate issue and climate policy worldwide. But the IPCC is not a homogeneous group. A pivotal part of the IPCC’s reports that tends to get most of the attention from policymakers and the media peddles in unrealistic and utterly dangerous scenarios. It is largely a small, elitist and closed shop, as this revealing interview shows. Given that BECCS does not exist and CCS capacity is orders of magnitude below requirements, the only conclusion possible is that current IPCC mitigation modelling serves to downplay the global mitigation challenge to throw a lifeline to the fossil fuel industry, allowing it to essentially continue with business as usual. And we will all pay the price, through more planetary heating with all its known consequences or, should the plans materialise, wholesale ecosystem destruction, water shortage, and hunger.

Norbert Häring – How does Germany’s Monopolies Commission combat market concentration? By making sure that no good data is available

Norbert Häring has wirtten an excellent piece of how Germany avoids regulating monopolies. Although in other areas the German government is staunchly ordo-liberal, with regards to monopolies it has abaondoned these principles. Norbert Häring is […]

Heiner Flassbeck – Italy: Back in the Intensive Care Ward?

Italy is Germany’s favourite enemy. Is it just envy, prejudice, or stupidity that prevents a sensible debate on Italy’s policies and the problems of its European integration? Heiner Flassbeck is an economist, as well as […]