The EU has spent billions on state-building in Kosovo. Now this. 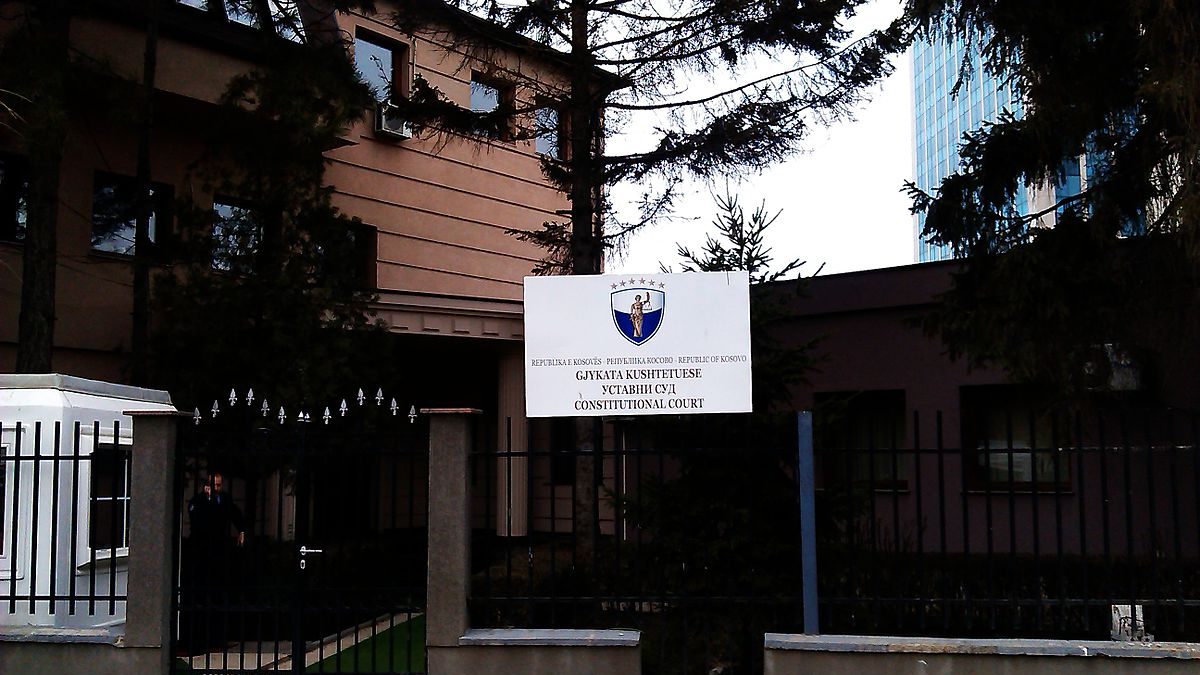 The coup d’état happened yesterday. It happened because Kosovo’s citizens no longer desire to be ruled by thieves. This description of the country’s elite might seem uncharitable, but is the most accurate one-word summary of a book I published in 2015 (which Spiegel generously described as the ‘standard work’ on Kosovo). This territory was separated from Serbia in 1999, after NATO’s intervention, and in 2008 became independent. Since then, under the tolerant watch of the UN and the West, a fairly homogenous elite holding military, political and economic power has liberally predated on foreign aid, public resources, and the meagre wealth of the citizens of Europe’s poorest state (after Moldova).

Seemingly, this was also the analysis of the plurality of Kosovo’s citizens that at the election held in October 2019 chose to cast their vote for a party, Vetevendosje, in whose manifesto social justice and the fight against corruption were equally prominent. Both were credible aspirations, as this party is unique in relying on grassroots support and the politics of ideas rather than on clientelism, intimidation, and election fraud.

After long negotiations, in early February Vetevendosje took the decision – as risky as it was responsible – to form a coalition cabinet with the least tainted party of the old elite. The latter quickly changed its mind, however, and decided that the pandemic offered it a good opportunity to bring down the government. The move was criticized by many European governments but openly supported by US diplomacy (for reasons that ultimately concern the image of the civil servant now sitting in the Oval Room). On 25 March Kosovo’s parliament passed the no-confidence motion by a wide majority (Kosovo is a parliamentary republic). The Vetevendosje-led cabinet remained in office in a caretaker capacity.

Kosovo’s president – the main leader of the old elite – immediately began the procedure for appointing a fresh government. Vetevendosje invoked a snap election instead, to be held as soon as the pandemic would allow. Opinion polls did indeed suggest that since the 2019 election its support had more than doubled (to well above 50%), reflecting the widespread impression that the party – which in the past used tactics such as opening tear-gas canisters in parliament, and has been accused of nationalism – proved itself not just as a public-spirited political force, but also as a reasonably competent and responsible one.

The president faced an obstacle, though, as an unreasonably inflexible rule in Kosovo’s constitution required him to invite Vetevendosje to form the next government. Only if they refused, or failed to gain a majority in parliament, could the president submit to parliament’s confidence vote a cabinet led by a representative of a party other than the largest one.

The exchange of letters between the president (‘send me a name for PM’) and Vetevendosje (‘why don’t you dissolve parliament instead?’) went on for a couple of weeks. The president never explained his decision; Vetevendosje neither sent him a name, insisting for explanations, nor waived its right to do so. Abruptly, on 30 April the president appointed a man of the old elite as PM. Vetevendosje immediately challenged this decree before Kosovo’s constitutional court. Its decision was issued on 28 May.

My book argues that Kosovo’s judiciary lacks any independence. EU reports on the country are generally more charitable than my own analysis, but one of them notes that in Kosovo judges ‘tend to act in anticipatory obedience to external influences’: as good servants do, they know their masters’ desires well enough to satisfy them before being asked.

The same is true of the constitutional court. An analysis I published in 2014 concludes that it ‘has consistently used its powers to satisfy [the interests of Kosovo’s elite], regardless of whether they were supported by the law [or the evidence]’. Some of the court’s decisions are so laughable that they enliven even such a boring paper as mine. This last decision (summary here) follows the same line.

The president’s decree is obviously illegal, because the constitution sets no deadline for Vetevendosje to nominate a PM; they explicitly reserved the right to do so, once the matter of the dissolution of parliament was settled; and in these matters president and largest party have a duty to cooperate loyally. The president breached this duty when he refused to explain his choice not to dissolve parliament, and then arbitrarily imposed his own deadline for the nomination, without prior warning and ignoring Vetevendosje’s reservation.

The court states, apodictically, that Vetevendosje was entitled to no explanations on the president’s inclination not to dissolve parliament and appoint a fresh government instead. This flies in the face of the fact that this decision is left to the president’s discretion, and must therefore be explained and subjected to public scrutiny, and that this matter is logically preliminary to the choice of the person to lead the next government, which is precisely the reason for Vetevendosje’s request of an explanation. (This was no constraint on the president’s discretion, by the way: he could have said that the ghost of the King of Denmark forbade him to dissolve parliament: what matters, in a parliamentary democracy, is that the president’s reasons be made public).

This, however, was the necessary premise for the court’s conclusion that the president’s decree was the only way out of the deadlock. While it’s obviously true that the deadlock cannot be allowed to go on forever, there was another way out: an explanation of the president’s decision, first, and then a reasonable deadline for sending a name.

All this might seem technicalities, but the stakes are very high. The question is whether or not the old elite is to be given three years in power, which it will use to intimidate citizens away from Vetevendosje and prepare for another round of ‘industrial-scale’ election fraud. For this seems to be the last opportunity for this elite: if they miss it, this Kosovo will shake them off its back and finally begin its democratic and economic development. Hence this soft, outwardly legal coup d’état.

But the elite’s actions betray a promising haste. For the court could easily have said that the decree was illegal, yes, but that Vetevendosje had to send a name to the president within a few days: this is what a timely leak foreshadowed, and it would have been a perfectly correct decision. But it would have delayed the formation of an elite-only cabinet by a couple of weeks. Evidently, they decided that they could not wait; and the reason, most probably, is that they know that the shift in public opinion against them is gaining momentum. They want to close the crisis quickly, restore normality, distribute some gifts, and hope that people will forget.

One day before the court’s judgement Vetevendosje organized a demonstration, perfectly peaceful and scrupulously respectful of the social-distancing rules, which was implicitly meant as a drill for protests against a possible legal coup. Should larger, sustained demonstration follow, they could succeed: based on an empirical regularity, Harvard’s political scientist Erica Chenoweth suggests that if 3.5% of the population actively participates in protests political change typically follows.

This, however, is for the medium to long term. In parallel, this outwardly legal coup can and should be resisted. Although elected within the ranks of the elite, the speaker of Kosovo’s parliament is openly critical towards it: she can refuse to allow the confidence vote on the new cabinet to be held, upon the argument that the court’s judgment is what it is: a blatant breach of rule of law for partisan advantage. Every peaceful step must be taken to stop an elite-only cabinet from taking office, even at the cost of a deeper constitutional crisis. This might give pause even to those European capitals that have decided to ditch the old elite and embrace Vetevendosje. They might wish to consider that substance must prevail over form, especially in a polity whose institutions are by now so rotten, within their ornate legal shell, that they must effectively be rebuilt from scratch.

Residents of tourism hotspots are fighting back. Shutterstock   Claudio Milano, Ostelea – School of Tourism and Hospitality; Joseph M. Cheer, Monash University, and Marina Novelli, University of Brighton The summer holidays are in full […]

From denial, to grudging acceptance, to substantial intervention, to debacle: that was the European Union’s trajectory once the storm that nearly consumed Wall Street in 2008 had crossed the Atlantic, starting the euro crisis. Twelve […]