“The economic mechanism of Europe is jammed.” – J M Keynes 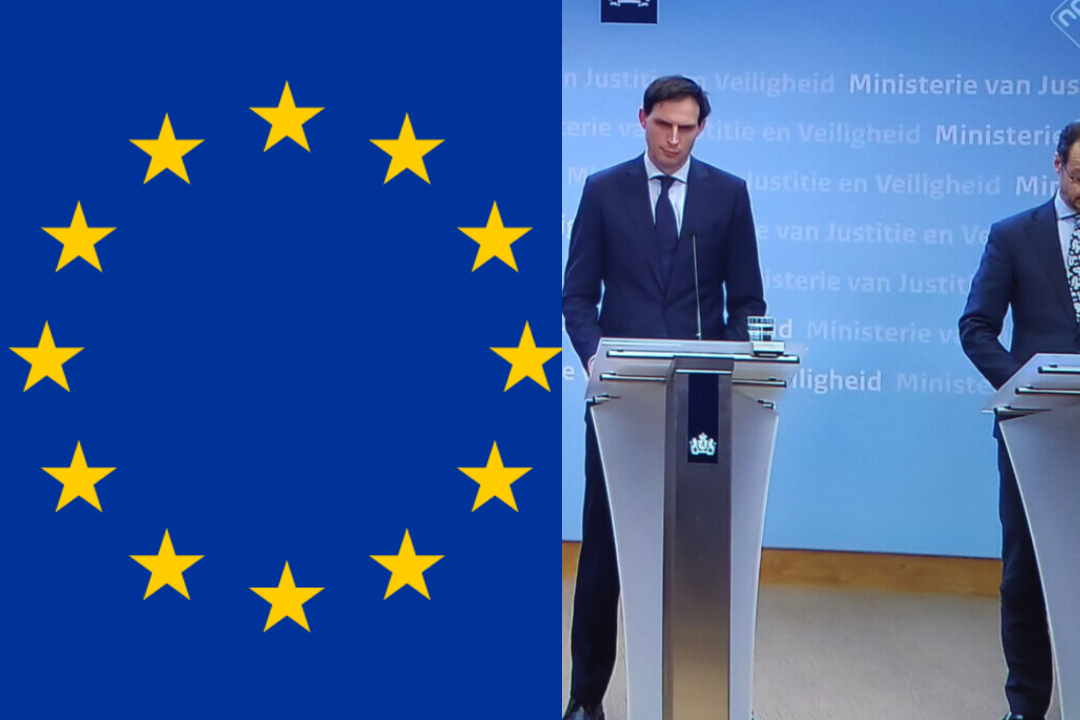 The Dutch finance minister Wopka Hoekstra is somewhat brazen. Like his German counterpart, he caused consternation across the Union by rejecting a ‘Coronabond’ – a scheme for raising finance for EU countries tackling the coronavirus crisis; a scheme that would have lowered the cost of debt for many countries. A conservative German economist, who had earlier rejected the concept of shared liability, predicted that unless the Union came up with a common crisis bond, he foresaw a “grim future for the EU”.  Michael Hüther told the German daily Tagesspiegel that “it’s not about financing dams in central Italy. It’s a question of life and death.”

But if Mr Hoekstra cares little about questions of life and death, he does care about the financial interests of his former employer, Shell. In a gesture of solidarity with Shell’s shareholders, he recently scrapped a 15 percent dividend withholding tax, lobbied for by the company, and resented by the Dutch public.

Elevating the interests of markets over those of the electorate is not an unusual characteristic of today’s politicians. And it was ever thus. For Europe has been here before.

Once before the continent faced questions of life and death, the threat of a Great Depression and the rise of right-wing authoritarianism.  Once before, at a critical moment in history, the powerful nations of Europe, Britain and the US, had the opportunity to pool liability, to jointly back bonds that would save millions of lives and ensure the continent’s recovery from crisis. Just as with Germany and the Netherlands today, so then: a potential backer of those common bonds, the United States, rejected the opportunity. The consequences were to be disastrous for Europe, for the US and to lead ultimately to another World War.

Keynes’s plan for the reconstruction of Europe, drafted initially on ‘the back of an envelope’ was first submitted to the British Cabinet in April, 1919. His Scheme for the Rehabilitation of European Credit aimed primarily to raise the finance that Germany and both defeated and victorious debtor nations needed to pay for food and investment.

Keynes proposed that Germany would issue bonds. Former enemy nations would guarantee the German bonds severally and jointly, in certain specified proportions. The US, UK and France would guarantee 20% each.

In proposing a scheme for joint liability, Keynes’s concern was not primarily for Germany, but for European recovery. “The economic mechanism of Europe is jammed” he wrote. His proposal would ensure “the good faith of the world as a whole is pledged for the carrying out of a scheme the sole object of which is to set on its feet the new Europe.”

His plan to “set on its feet the new Europe” can be briefly summarised as follows: Germany (and other defeated nations) would issue £1 billion in bonds. The bonds would pay 4% and would permit the prostrate Reich to raise finance to pay most of what it owed in reparations and debt”   There would be a 1% sinking fund to retire (repay the principal) by 1925. 70% of the money raised would go to reparations. 30% was for reconstruction. The Bonds would have priority over all other German obligations. The League of Nations would impose penalties or foreclosure if Germany defaulted.

Unbeknown to Keynes, but recently revealed by the American historian, Eric Rauchway, US President Wilson’s letter of rejection of The Scheme was drafted by the Chief Executive of J P Morgan, Thomas W. Lamont – described by his son in a biography as ‘The Ambassador of Wall St.’  When Wilson expressed a preference for “postwar lending going through “the usual private channels” it was the voice of the usual private channels speaking about its own desirability.”

Keynes’s ‘grand scheme’ has long been the subject of controversial debate, and has been roundly dismissed by prominent historians of the period.  He is accused of being biased towards Germany. Much is made of his  relationship with the German diplomat, Carl Melchior, with some hinting darkly at an unsubstantiated sexual liaison which, it was assumed, biased Keynes’s sympathy for the defeated enemy. But in truth the anger aimed at Keynes arose from his furious attack in The Economic Consequences of the Peace on the leaders that at Versailles had rejected his proposal, and, that to his mind, had failed the people of Europe. The historian Margaret Macmillan asserts that Keynes wrote his furious polemic “as something of an act of atonement” for the supposedly destructive part he played at the international peace conference. To emphasize her point she draws on Thomas Lamont, whom she describes not as a Wall St. banker, but as “the American expert on reparations” and quotes his view that “Keynes got sore because they (world leaders) wouldn’t take his advice, his nerve broke, and he quit.”

Adam Tooze in The Deluge: The Great War and the Remaking of Global Order comes close to blaming Keynes both for the failure of the peace treaty and for “the ensuing disaster”. Tooze misses the key point of Keynes’s Scheme, namely that like today’s proposed Coronabond, it involved joint liability by the US, France and Britain for the German-led bond issue – and like today, was rejected in favour of market-based financing.  Instead he cites “generations of economists (that) have picked apart the flaws in Keynes’s argument.”

The failure to overcome the narrow self-interest of financial markets and to provide financing for the recovery of Germany and the rest of Europe was to have dire consequences for the continent.

Will the same be said of the failed Coronabond meeting of 27 March, 2020? In a matter of weeks after that bitter fight, and despite a later compromise loan based on the conditionality of the European Stability Mechanism, Italian government bonds have come under increasing pressure.  The 10-year yield to rise to a four-week high of more than 1.8 per cent, according to the Financial Times. “Bonds issued by Greece, Portugal and Spain also weakened” the paper reported.

It appears that both the economic and political mechanism of Europe is once again jammed. Will the consequences be as dire as when Keynes’s Scheme “to set on its feet the new Europe” was rejected?

Is the Biden government just another attempt to stop the great capitalist train crash? Richard D. Wolff is professor of economics emeritus at the University of Massachusetts, Amherst, and a visiting professor in the Graduate […]

Would an indictment – or even a felony conviction – prevent a presidential candidate from running or serving in office? The short answer is no. Stefanie Lindquist is Foundation Professor of Law and Political Science, […]

Romit Bhandari, Coventry University The EU has revealed its long-awaited pact on migration and asylum. Brought forward by a week, the timing seems an attempt to pacify the outrage over the devastating fire at the […]