The secret seems to be out everywhere: the gig economy is about heightened exploitation, not workers’ flexibility.

Anthony Forsyth is Professor in the Graduate School of Business and Law at RMIT University in Melbourne, Australia

Cross-posted from Labour Law Down Under 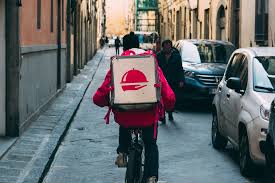 Last month, the Report of the Inquiry into the Victorian On-Demand Workforce was released (https://engage.vic.gov.au/inquiry-on-demand-workforce). It didn’t get the attention it deserved, as the state grappled with the escalating COVID-19 outbreak in Melbourne (https://labourlawdownunder.com.au/?p=910).

This was the first full-scale government inquiry into gig or platform work in Australia, possibly even globally. Inquiry Chair, Natalie James, has tackled head-on the problem at the core of the gig economy: work status, and therefore access to protective employment regulation, is generally controlled by the platforms.

The Inquiry found that platforms exercise significant levels of discretion and control over how gig work is organised, with no independent oversight. This presents challenges to Australia’s system of labour regulation, and uncertainty about which laws apply to gig workers. As the Chair states in her Foreword to the Report:

This uncertainty undermines workers’ choice, fair competition and the integrity of the regulatory system. It also undermines the capacity of businesses to operate in clear compliance with the law and arguably permits unfair competition.

This is arguably one of the most striking features of the Report: the public calling-out of what we know platforms like Uber, Uber Eats, Deliveroo and Foodora have been doing around the world for years:

While there are a small number of notable exceptions, the arrangements established by the platforms with the workers are usually consciously framed to avoid an employment relationship arising between the worker and the platform.

The Report also exploded the myth, propagated by the platforms, that gig workers are (universally) flexibility-seeking entrepreneurs who do not wish to be stifled by conventional employment arrangements:

While certain platforms may characterise their workers as ‘entrepreneurs’, some platform workers do not fit the typical epitome of self-determined, self-employed small businesses or ‘non-employee’ workers. Further, some platforms are highly controlling in how they organise elements of the work including, in some cases, setting prices for end users.

A significant consequence of these arrangements, the Inquiry found, is that many gig workers are paid less than the Australian minimum wage (once the various costs and payment structures applicable to non-employee platform workers are calculated).

Further, many platforms design contracts and control systems which are imposed on workers on a ‘take it or leave it’ basis, including work allocation through algorithms. Ridesharing is among the most closely managed form of platform work, and even though drivers are not categorised as employees:

Drivers may be suspended or excluded from platforms if customer ratings metrics and service standards are not met.

This level of control, the Inquiry concluded, does not sit comfortably with the platforms’ entrepreneurship narrative. The Report noted that the issue had recently been considered by a Full Bench of the Fair Work Commission in the Uber Eats decision, where it was held that an Uber Eats delivery driver was not an employee because she had the capacity to develop her own independent driving business – even though practically she had no prospect of doing so (see my critique of that ruling: https://labourlawdownunder.com.au/?p=846).

Noting that a person’s work status is ‘pivotal’, the Report went on to observe that the determination of that status ‘is rarely the subject of formal or regulatory scrutiny at the outset’ of a platform work relationship. The question of the worker’s true legal status is only tested if they challenge the presumption that they are not an employee and fall outside applicable employment law rules, thus offering:

… an incentive to a party who would carry the costs of complying with these rules, to avoid them – structuring the arrangement as an ‘independent contracting’ arrangement.

The Inquiry found, further, that:

Platforms are unapologetic that they have chosen to operate outside the employment regulatory framework. …

Platforms claim to be inhibited from extending more beneficial arrangements to workers by the risk that the relationship might then be characterised as employment, making their model untenable. The arrangements they have put in place are designed to mitigate this ‘reclassification risk’.

Yet the Report also observed that platforms have not shown any willingness to consider how Australian employment laws, such as industry-level minimum wages and conditions in awards, could be adjusted to suit this form of work.

The Inquiry made a series of recommendations for reform of Victorian and federal law to provide more choice, fairness and certainty for gig workers – in other words, to counter the platforms’ deliberate structuring of contractual and work arrangements in their favour.

Recommendation 6 is key: ‘codify work status’ through a new statutory definition in the Fair Work Act, rather than relying on the present imprecise common law tests. This will reduce doubt about the application of legal entitlements and obligations for gig workers and businesses respectively. This recommendation has several further elements:

Following on from this, Recommendation 7 calls for alignment of the approach to work status across all relevant federal and state laws, including the Fair Work Act, Independent Contractors Act, and superannuation, taxation and work health and safety legislation.

Recommendations 10-12 suggest the establishment of effective processes for platforms to obtain up-front determination of the work status of their workers through a voluntary or, if necessary, mandatory system (e.g. by VCAT or the Federal Circuit Court).

Recommendation 15 would require a change to federal competition legislation, to allow non-employee platform workers to collectively bargain for improvements in their rates and conditions (overcoming current restrictions on collective negotiations by independent businesses).

Under Recommendation 16, the Fair Work Commission would oversee stakeholder discussions with platforms and workers’ representatives about the application of modern awards to gig workers.

The implementation of these and other recommendations of the Inquiry would substantially interrupt the platforms’ business model of assuming contractor status until a worker successfully challenges this in legal proceedings. The new definition of work status, in particular, would invert the platforms’ reliance on entrepreneurship to avoid employment regulation: requiring them to prove (rather than assert) its existence, if awards and other employment laws are not to apply.

The prospects for implementation are, however, very limited at the present time. Most of the recommendations that would have any real impact require action by the federal Coalition Government. It has shown no interest to date in intervening to rectify the stark absence of fairness for workers in the Australian gig economy.

The Victorian Government will no doubt implement those recommendations which are within its power, including providing more avenues of advice and support for gig workers. Those measures, and the very act of holding this path-breaking Inquiry, are at least a recognition that action is needed to even up the profound imbalance in platform work arrangements.

To find out more about the extent and nature of platform work, including the responses of regulators, tribunals, unions and governments, see my recent article: ‘Playing Catch-Up but Falling Short: Regulating Work in the Gig Economy in Australia’ (https://www.tandfonline.com/doi/full/10.1080/09615768.2020.1789433). This forms part of a special issue of the King’s Law Journal on the gig economy, with contributions from several countries.

We must have ends that are more compelling than merely wanting more products and services.  Robert Skidelsky is a Council member of Progressive Economy Forum and Emeritus Professor of Political Economy at Warwick University Cross-posted […]

Mary Davis -The Chimera of Workers’ Rights in the EU

Far from gifting rights to British workers, the EU has systematically undermined the rights workers won for themselves in domestic struggles. Professor Mary Davis is a labour historian. Active in the labour movement her […]