Gender quotas can increase the representation of women on corporate boards, but do they also encourage broader attitude shifts within a company?

Audrey Latura is a Visiting Fellow in the Department of Government at Harvard University, Ana Catalano Weeks is a Lecturer (Assistant Professor) in Comparative Politics at the University of Bath 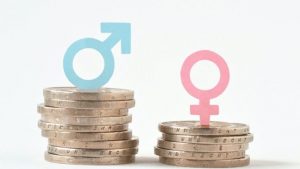 The EU recently signed off on a new directive requiring large companies to include 40% of the ‘underrepresented sex’ (typically, women) on their boards. The directive, which comes into force in 2026, follows the lead of at least thirteen other countries which have adopted corporate board quota laws.

These laws have been successful at achieving their stated aim of increasing the share of women on boards – so we suspect the new directive will, similarly, increase the number of women on boards across Europe significantly. But can we expect the law to have broader impacts within companies, leading them to consider the underlying reasons why women are not often found in top corporate roles in the first place?

Do board quotas cue broader changes within companies?

In a new study, we sought to answer this question. After a quota law, a ‘critical mass’ of women in the boardroom might feel more comfortable bringing up issues related to gender equality, like family leave and childcare support, flexible work schedules, and leadership training and mentorship for women. Additionally, the adoption of the quota law itself draws attention to the issue of gender equality in the workplace. This added salience might cue both men and women in senior leadership roles to change their views about how important it is to solve problems related to gender equality.

To investigate whether corporate board quotas lead companies to increase their attention to gender equality concerns, we compared two southern European countries, Italy and Greece. In 2011, Italy adopted a gender quota for corporate boards for companies listed on the Italian stock exchange. Greece did not.

Both countries are similar in terms of the low number of women in private sector leadership as well as minimal government spending on work-family policies. If, after the quota, the Italian companies increased attention to programmes and policies directed at improving gender equality within the organisation, but over the same time period the Greek companies did not, we could be confident that this was due to the quota.

We constructed an original dataset of the text of corporate annual and sustainability reports for listed Italian and Greek companies for the years immediately before and after the Italian quota law was passed. Our findings show that, before the quota law, Italian and Greek companies were on a similar trend in terms of the attention they paid in these reports to gender equality concerns.

Why did companies start paying more attention to gender equality?

Italy’s board quota was adopted in 2011, but implemented in 2012. We observe more corporate attention toward gender equality issues after 2012, suggesting the women who were brought in by the quota could be responsible for those changes. We also see increases in 2011 – before companies were required to comply with the law.

This suggests that quotas influence both women and men (who are most often in firm leadership roles) to boost the attention they give to gender equality issues in the workplace. Quotas can have a ‘spillover’ effect influencing corporate leadership to assign more importance to equality issues, beyond numbers of women alone.

Importantly, these changes are not mere ‘window dressing’. A close reading of a selection of post-quota reports shows that companies made substantive changes to programmes addressing leadership and pay gaps as well as childcare and workplace flexibility. In many companies, the quota triggers new policies and plans aimed at identifying women on the talent pipeline who are ‘ready for board’.

Examples include women’s leadership training, mentoring and role modeling initiatives for women, and programmes to track women’s inclusion at different levels of the company over time. Several companies pledged to adopt quotas in subsidiaries and abroad, although the law did not require it, or pledged to exceed the quota requirements. We also found new paternity leave, childcare subsidies, and teleworking initiatives.

Our results represent good news about the downstream effects that quotas can have on removing barriers to gender equality in the workplace. With the new EU directive set to affect many more companies, will we see further transformation of corporate values and culture? Time will tell, but companies would do well to consider broader changes to workplace policies and culture that smooth the way for women to reach the very top.

For more information, see the authors’ accompanying study in the American Journal of Political Science

The first phase of the UK University Strike is over. What was most impressive about it was the broad front created by employees and students. Emily Luise Hart is a Lecturer in Criminology at the […]