While more extreme threats are unlikely to be realised, sticking to the precautionary principle is just plain common sense 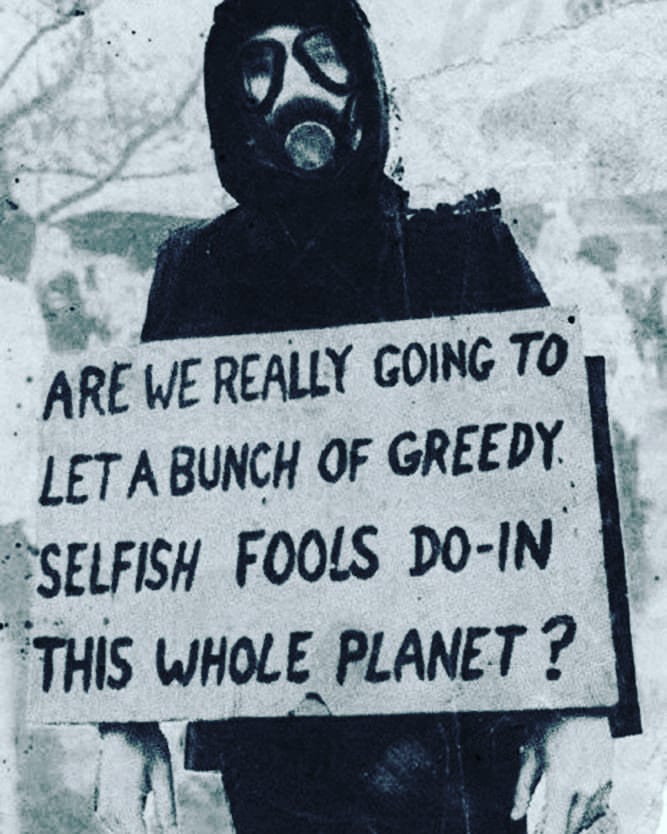 Our world is on course for a climate cataclysm. Or is it? Not long ago, the global heating battle lines were clear. You either believed it was happening, and that it resulted from the colossal volumes of carbon spewed out by human activities, or you didn’t. As the year-on-year breakdown of our once stable climate has become more apparent, however, denial has become increasingly irrelevant, and new battle lines are being drawn.

While widespread blistering heat, drought and wildfires have kept climate change in the public eye, they have also heightened tensions between those seeking to play down how bad climate breakdown will ultimately be – who I call climate appeasers – and others – disparagingly branded doomers (or doomists) – who are honestly concerned that it may be catastrophic, perhaps even posing an existential threat to civilisation, and possibly humankind itself.

This growing – and increasingly acrimonious – dispute, has potentially serious ramifications for all of us. Climate appeasers are regarded as almost as bad as deniers by some, who feel acceptance of their message will ensure we are seriously unprepared if climate breakdown takes a turn for the worse. On the other hand, there are plenty of people out there – including some eminent climate scientists – who call out those touting more extreme scenarios as unhelpful doomers who are out of step with reality and want nothing more than to scare the hell out of us.

Doomism in the climate arena is nothing new, and looking around at the extreme weather rampaging across much of the world this summer, it is easy to understand why many of us might be scared for the future. But doomer feelings are not just vague intuitions of something nasty lying in wait. Some in the climate science community have been damned as doomers too – even by colleagues – and their forecasts of bleak, climate-trashed, futures are vetted and published in academic journals.

In a 2013 paper, distinguished climate scientist, James Hansen, and his co-authors, advised that burning all fossil fuels would bring about runaway heating and severe hothouse conditions that we could not adapt to, which would make most of the planet uninhabitable.

Another study published in 2018 warned that a tipping point could be crossed, so that future actions would not stop our world from following a runaway ‘hothouse Earth’ path culminating in by far the highest global temperature for more than a million years.

A less extreme, but still disturbing, conclusion was arrived at in a 2020 paper, which showed that the world was on a trajectory corresponding to the IPCC (Intergovernmental Panel on Climate Change) worst-case scenario. This assumes no mitigation of emissions and sees us blithely continuing with business as usual, driving a catastrophic temperature rise of 5°C or more by the century’s end. Actions on emissions are still happening far too slowly, but it is already clear that we are not collectively stupid enough to do nothing. Nonetheless, say the authors, considering our poor understanding of the impacts of the feedback loops that reinforce heating, it would be judicious to plan for such an eventuality.

The tensions between doomers and appeasers have been especially strained recently by the widely advertised publication of a paper, who’s authors have been thinking the unthinkable on our behalf. They conclude that ominously-termed ‘climate endgame’ scenarios – including societal collapse and the extinction of humankind – have so far been ‘dangerously unexplored’, and call on the IPCC to compile a special report on bad- to worst-case scenarios.

Such calls are anathema to many climate appeasers, who feel that even voicing such concerns stymies action on emissions through promoting fear and engendering the feeling that it is already too late to bring global heating to heel. Other appeasers simply have an optimistic – some would say naïve – outlook, and brim with confidence that humankind will overcome this problem as it has all others. Neither perspective is helpful, and indeed either may well make the situation worse.

Settling on an approach that would satisfy both appeasers and doomers is problematic and perhaps not feasible. The truth is that the more extreme climate breakdown scenarios are very unlikely to be realised, and even those scientists who have flagged them agree with this. Nonetheless, they are possible, and as such we have a duty to address them, if only because adherence to the precautionary principle makes plain common sense.

While it would be nice to think that we are overplaying the threat of climate breakdown, following an appeaser line would be courting disaster. This is particularly the case, as there seems to be a growing propensity to label pretty much anything outside of the current consensus as doomist. But consensus doesn’t equate to being right. In fact, research has revealed that climate scientists as a tribe (and I count myself a member), and the IPCC reports, underplay the speed and intensity with which climate breakdown is happening.

The reality is that our understanding of potential tipping points and feedback effects remains too poorly constrained for us to be confident of how severe climate breakdown will end up proving to be. Furthermore, minimising the potential impact of climate breakdown is more likely to lead to increased reticence in relation to slashing emissions, than any bigging-up of the likely end game.

A middle of the road route would be to nobody’s advantage so, as for most situations wherein the risk is hard to quantify, the sensible way forward must be to hope for the best while preparing for the worst.

Is there a natural rate of interest? If not, do central banks have any idea of what they are doing or simply winging it? Michael Roberts is an Economist in the City of London and […]