Wage and income inequality are often used as if they were the same. There are immense differences as Branko Milanović explains. 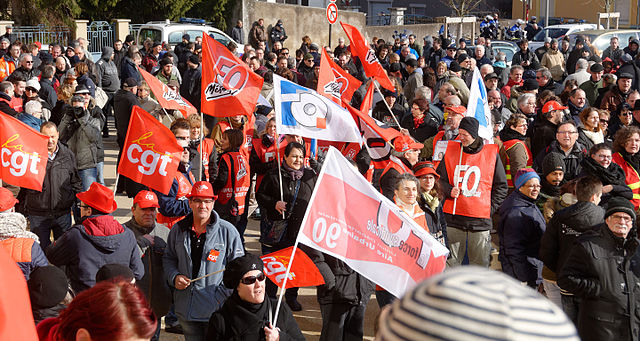 I recently wrote in anticipation of the arguments I will make in my forthcoming book that the period 1970-2000 was extraordinarily barren in Western economic studies of inequality. It was similarly empty as regards inequality studies in communist economies. Only in Latin America was the situation different.

Some people objected to this by pointing to a significant number of wage inequalities papers produced in the US and elsewhere. There are indeed many of them. There is also a very successful book by Claudia Goldin and Lawrence Katz “The race between education and technology” that takes its cue from Tinbergen’s 1970s writing on the education premium and his expectation that the premium to college education would go down to zero due to a high supply of university-educated people. It is not my topic here to discuss why this did not happen, or rather why the opposite, the increase in returns to education, occurred in the United States and elsewhere. What I want to show is that studies of wage inequality cannot be taken as equivalent to what we ideally expect from the work on income inequality. There are two reasons for this: technical and ideological.

Let me start with the technical. When we observe, for example, an increase in wage inequality and calculate all relevant statistics, whether it is driven by increased wage inequality among women or men, Blacks or Whites, more educated or less educated, we still know nothing about household formation. It could be that high-wage workers marry low-wage workers or the reverse. Or that they marry capital-owners or the unemployed or people outside the labour force. Or that many wage-earners do not partner at all. Each of these possibilities has significant and very different implications; yet they are, by the very nature of the topic, entirely unaddressed. The units in wage inequalities studies are different from units in income inequality studies: individual workers vs. households (I will explain below why this is of crucial importance).

Additionally, wage studies leave out large chunks of what makes inequality: they leave out “income without work” which comes from property (dividends, interest, rents), capital gains and losses, and the entire system of redistribution through direct taxation and government cash and in-kind transfers (e.g. Social Security benefits and SNAP, formerly known as food stamps, in the United States). They also leave out self-employment income, home consumption (i.e. own produced and consumed goods and services), and imputed income from housing, all items of crucial importance in middle-income countries. Wage inequality studies are even of lesser relevance for poor countries where formal wages often represent 1/3  of total income.

In other words, wage inequality studies deal with the distribution of income from one factor of production (labour) among wage-earners—which is indeed important—but ignores everything else: (1) the other factors of production, capital and land, which because of their concentration among the rich are often the most important determinant of inequality, (2) the entire system of government redistribution, (3) self-employment income and home consumption, and (4) family formation.

But the principal problem is that they miss why we care about inequality in the first place. Inequality is created and reproduced at the level of household not at the level of individual wage-earner. It is total household income, adjusted for the number of individuals, that makes families rich, poor, or middle class and imparts them corresponding values. The socialization is done within households not within (whatever it may mean) individual wage-earners. It is the processes of mating, household formation, as well as contribution of other sources of income that create rich or poor households, social classes, and most importantly, by differentiating opportunities at birth, allow for the reproduction of social inequities.

We study inequality because we care about social classes and their ability to transmit advantages across generations and create self-sustaining “aristocracies”. The concern with returns to schooling is surely one of the issues, but far from the most important. People who care about inequality are equally concerned about social factors that make access to education uneven as about the fact that the returns to schooling may go up.

Conflating studies of wages, whether from labour or trade economics, with studies of inequality is not only inaccurate. It displays a profound incomprehension of why we care about inequality and what is the real objective of such work: figuring out the fundamental determinants of class structure and its effects on politics, behaviour and values, and transmission of such characteristics across generations.

Tony Atkinson in his 1975 “The Economics of Inequality” did not survey Tinbergen’s wage inequality work. In his 1997 review article, he wrote: “It is indeed striking how much the recent discussion has focused exclusively on wage differentials and not asked whether such differences are associated with [income] inequality” (Economic Journal, 1997, p. 311). Rawls likewise thought that while inequality has to be limited both in terms of capital and labor incomes, the key concern ought to be with inequality of overall income and household-driven reproduction of such inequality.

It is important that the logic and the objectives of inequality studies be correctly understood. Such studies are at the intersection of economics, politics and sociology, and perhaps anthropology. Not understanding it correctly is likely to lead to many mistakes.

Richard Murphy: The EU tax gap – and what needs to be done now

Richard has already posted about his new estimate of the EU’s tax gap and noted that the estimate only relates to tax evasion. In his report he added the following summary sections, all the issues noted […]

Branko Milanović – What are the Primary Goods?

From its beginning, the UN’s Human Development Index consisted of three “goods”: income , education and health. Now I’m not so sure – plenty of room for discussion! Branko Milanović is an economist specialised in development […]