‘The public gets what the public wants’ sang a young Paul Weller on the 1979 hit Going Underground. It’s a lyric that doubles as our one-line summary of this week’s major report by the world’s leading climate scientists. 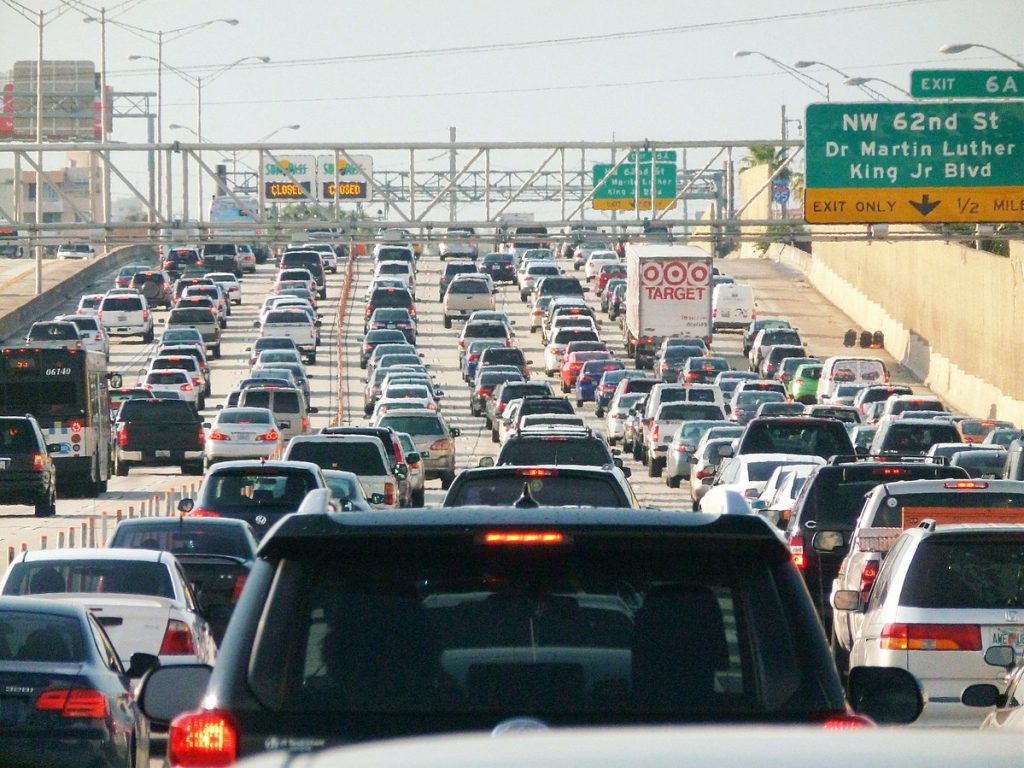 In the second installment of its Sixth Assessment Report, the Intergovernmental Panel on Climate Change (IPPC) thundered that it’s “Now or never” to stave off climate disaster. Yet when it came to how the world might respond, the same IPCC authors were prevented from giving anything like equal voice as to why previous warnings have gone unheeded. In the politically charged process of producing the report’s summary, all mentions of “vested interests” (the fossil fuel industry and others invested in a high-carbon economy) were removed while Saudi Arabia, one of the world’s largest oil producers and exporters, successfully argued for the inclusion of multiple references to Carbon Capture & Storage (CCS).

Even the wider report’s main finding – the impossibility in practice of restricting global average temperature rise to the ‘safe’ threshold 1.5C – was left to commentating media and scientists outside of the IPCC process to drive the point home. The IPCC for its part stated that without “deep and immediate” cuts in emissions across the globe, there would be less than even a 33% chance of staying below 1.5 degrees.

The inevitable breaching of a globally agreed planetary boundary for averting dangerous climate change has thus far failed to cut-through. This was partly due to timing. There is a war going on in Europe for virtually the first time since World War II, and at the time of the report’s publication, mainstream news outlets were reporting alleged war crimes by retreating Russian troops in Ukraine.

But it is doubtful the IPCC’s latest installment would have been big news anyway. This is for two reasons. Firstly, the immediate victims of a ‘1.5C+ world’ are not living in high wage economies across the Global North. They are living at the other end of international supply chains across the Global South. Even by the IPCC’s own (probably conservative) reckoning, many millions of people living in vulnerable countries will be exposed to food insecurity, flooding and displacement unless action is taken.

The second reason for the muted public reception relates to the first, in so far as the IPCC advanced what could be termed a get-out-of-jail free card for those of us living across the Global North. It’s called ‘overshoot’ and can be found in scientific modelling of the earth’s climate that shows average temperature going above 1.5C for a period of decades, before supposedly falling back down beneath. Such modelling is premised on the widespread and efficient post-2050 deployment of yet to be invented Carbon Dioxide Removal (CDR) technologies, to suck massive amounts of carbon out of the atmosphere to cool the earth back to below 1.5C.

There really couldn’t be a better way for the IPCC – inadvertently or otherwise – to reinforce the story that the public wants: that climate disaster is still way off, lots of good stuff is happening now to stop it, and there are solutions on the horizon to take up the slack for what we can’t do today. It’s why saying it’s “now or never” to stave off climate disaster packs no emotional punch. Overshoot cancels out the warning since it offers a concerned UK public the permission to stay passive. Overshoot is if you will a form of imagined salvation. As a means of sustaining inaction in the now, tomorrow’s whiz-bang CDR tech could even be framed as the natural heir to yesteryear’s climate denial.

So while the IPPC’s mainstreaming of overshoot has provided a “bit of a boost” to the carbon removal industry, it has more importantly laid the foundation for the public to perceive overshoot as ‘good science’.  While there is the merest promise of a technical fix, tomorrow never comes. The clock never runs down. This is how imagined salvation works: it literally freezes our reaction time to dangerous climate change at Five to Midnight.

In all honesty, even a casual consumer of climate politics and campaigns will know it’s been Five to Midnight for decades. Overwhelmingly and understandably, few of us want to make drastic consumer changes in the here and now on the promise of making life bearable for our unborn grandchildren. It is why the climate story as told is built around #YesWeCan, whether it’s Big Oil promising to go ‘net zero’ or their detractors blocking UK refineries calling for an end to all new oil exploration licences.

#YesWeCan is a story that happens around us as opposed to with us. The world that we know will essentially be safeguarded by CDR and non-fossil energy generation while heat pumps, leccy cars and even lab-grown meat will be de rigeur. In other words, we will be left intact. No need to reassess who we are and our place in the world.

Therein lies the imagined salvation that we can all carry on with the system we have, merely powered with a different energy source. It was never very credible; it is now altogether absurd. And yet it is only very slowly breaking down. But why so slow? Well, aside from Big Oil’s decades-long assault on climate science, it’s also because Big Oil’s opponents – scientists, environmental campaigners and even many of the most hardcore of activists – are loathe (alongside mainstream media) to tell the public a different story. The perceived fear of losing the public to despair and apathy, not to mention the professional risk of breaking ranks, are deemed too high.

But in repeatedly giving the public the story it wants, there is paradoxically no audience to lose. Five to Midnight is permission to stay passive. To keep outsourcing concern to those fighting the good fight in the somewhat elitist climate bubble. There’s no widespread deep and emotional connection with climate and ecology. Concern about climate might be widespread in the UK but it is shallow.

People are not coming together en masse to act collectively in the face of existential risk. And there is an argument that the knee-jerk doomism that drips casually from peoples’ lips, at the mere mention of climate, might itself be a symptom of being repeatedly exposed to a compulsory but evermore implausible #YesWeCan after every news item telling of accelerated ice-melt and unmodelled extreme weather. Even when imagined salvation backfires it still results in passivity. Almost genius really.

Which is why waiting for the IPCC to finally (and messily) call time on 1.5C has cost humanity more reaction time. Worse still, most individual scientists and virtually the whole of civil society surrendered 1.5C’s passing to a politically overseen body (the IPCC) which added insult to injury by further legitimising overshoot in a bid to placate an audience that isn’t there.

The two of us writing this article would therefore like to think that the passing of 1.5C into history’s rear-view mirror should give profound pause for thought. Not least because of the spectre of abandonment that now hangs over the Global South for all to see. The alternative is to massage away 1.5C as ‘always impossible’ and double down with the same old story and tactics to meet the Paris Agreement backstop of ‘well below 2 degrees’.

We aren’t saying that a missed political goal will suddenly make an emotive crisis of a wicked problem. But we do harbour hope that this moment may encourage those in the climate bubble to ask themselves, and each other, some existential questions to sit alongside the oft-cited existential risks of climate breakdown. Chief among those questions is how continuing fighting for 1.5C after the point where it was plausible impacted the UK public’s clamour for imagined salvation? Are scientists, campaigners and activists willing to elevate truth telling and risk disrupting imagined salvation to at least make it harder for the public to outsource their passive concern to those active in the bubble? How in particular will climate justice activists respond to the ‘age of overshoot’? Will they choose to express grief at what cannot be saved, and rage at the betrayal?

From a straightforward storytelling perspective, there is opportunity. Climate decline is no longer 100% future focused. Paradoxically, it now has a ‘future past’ as 1.5C will now come no matter what mitigation successes follow. It is as if the climate story has finally left the spirit world and taken bodily form, like Lord Voldemort in the Harry Potter novels.

What those of us in the bubble do in response is uncertain. Back in 1979, Paul Weller’s response was to turn away and go underground. In 2022, we need to do the opposite: trust the public, bring people together and let the story in. May this moment mark the beginning of the long-term fight for our lives.

We did not plan to post any more COP26 articles, but we felt this was well worth a read. It is short and forward looking. Robin McAlpine is the director of the Scottish think and […]

Michael Roberts – Colombia: a turn to the left?

If Gustavo Petro wins the Colombian presidency election and if former president Lula da Silva pulls off a comeback victory in Brazil this October, the seven most populous nations in Latin America — Brazil, Mexico, […]

Richard Murphy – Covid’s existential question is do we want to survive?

A comprehensive set of questions and arguments concerning our future and the society we wish to live in. Richard Murphy is a Visiting Professor of Practice in International Political Economy, City University of London. He […]