A timely article and book considering the current tensions between the West and China. 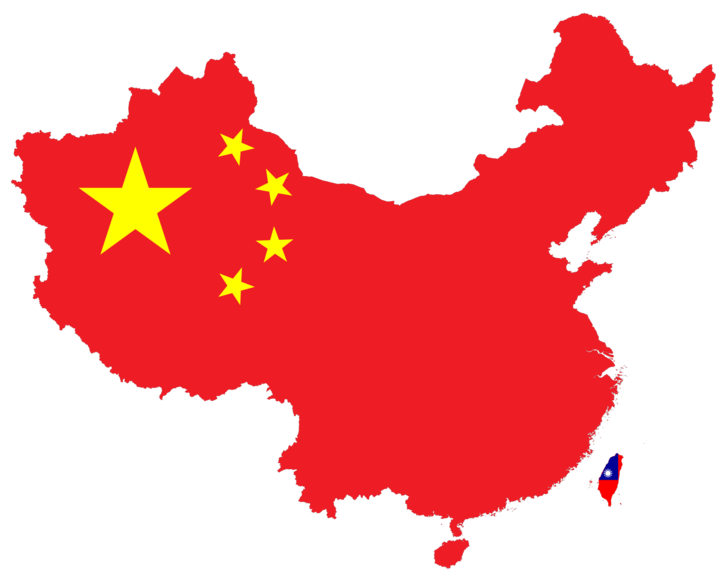 This is not a book about Chinese history as such. It is a book about foreign incursions in China, and, as the title says, about how China managed to get foreigners out. Or in more neutral terms, it is a book about the interaction between China and the rest of the world. But since China is one of the very few major countries whose recent internal history can be basically recounted as the history of its relationship with the rest of the world, Robert Bickers’ “Out Of China: How the Chinese ended the era of Western Domination” soon becomes a book on Chinese history, from the Versailles Peace Agreement in 1919 which provoked the May Fourth movement to the retrocession of Hong Kong.

The reason why China is different from other major countries in having its recent history linked with foreigners is that it was during most of that time either invaded by foreign troops, or had foreigners manage activities that are normally reserved for nationals (budget, trade policy, education); or because foreigners enjoyed exterritorial status (could not be judged by Chinese courts), or because they ruled parts of the county, or finally because China had foreigners heavily involved in its life be it as humanitarian workers, missionaries, technical experts or military advisers. Because of such intimate connection between major powers and China, Chinese internal political history is as much a history of dealing with foreigners as it is about inter-Chinese politics. This cannot be said for any other major country: the United States, Great Britain, France, Germany or Russia. In their internal histories, the role of foreigners was minor or non-existent.

Bickers is teaching Chinese history at the University of Bristol and speaks the language. He has marshaled a huge number of references, both Chinese and Western (the latter almost entirely in English, which may be a limitation of the book) to describe these manifold relations between China and the rest of the world: from music and movies to jailing and executions.

The book covers all major events in China’s recent history: May 4 movement, warlord-ruled republic, KMT-communist collaboration and its breakdown, the Japanese invasion, communist conquest of power, the engagement of Soviet technical experts and their abrupt withdrawal, the Great Leap Forward and the Cultural Revolution.

The emphasis is always on China-foreign interactions. This means that some important historical episodes where issues or conflicts were mostly intra-Chinese are covered lightly: the KMT-CCP split and the 1927 Shanghai massacre are barely noted; the Long March is mentioned once; the Communist conquest in 1949 is considered only from the point of view of what it entailed for the international community living in China (especially in Shanghai), as is the Cultural Revolution.

There are two excellent chapters on how China was seen in the West, through popular publications and art exhibits. The 1935 London exhibition of Chinese historical artwork is singled out as a turning point in Western appreciation of China. The chapter deals also with the role of many self-appointed or KMT-hired “interpreters” of China to the West. MGM film studio signed a memorandum of understanding with the Nationalist Government in 1934 as to how the film version of Pearl Buck’s bestseller “The Good Earth” will be presented. China delegated several “controllers” to the set in Hollywood.

There are fascinating details of Western opinion oscillating from wholesale dismissal of Chinese culture to unreserved admiration. This “long march” of chinoiseries goes from the fashionistas “Manchou Brown” and “Mandarin Blue” to Jean-Luc Godard’s movies. In effect, Western “revolutionaries” aping the Red Guards in the 1960s can be  more accurately seen, as Bickers argues, in that long-term context than as a discrete event linked with Maoism.

Many famous writers, artists and indeed politicians make cameo (or more) appearances: Malraux who wrote two books without ever visiting China, Hemingway, fresh from the Civil War in Spain, who preferred unpublishable thoughts about China, Somerset Maugham who was puzzled by it, Churchill who counselled not to stint on the use of poison gas, Jean-Paul Sartre and Joan Robinson who, for different reasons, gushed about it.

There are brilliant, often minute, descriptions of English diplomatic, missionary, and “adventure” activities in China. There is an excellent chapter on the free-wheeling Shanghai of the 1920-30. The chapter is entitled “monkeys riding greyhounds” for the canidrome set up in Shanghai’s French Concession where betting was done on the races of monkeys, dressed as miniature jockeys, riding greyhounds. This was the world that at once showcased the best of the West-East fusion in music, food and cinema. But also the worst: divided jurisdictions, jockeying for power between the various states that ruled most of Shanghai (but also the emergence of a quasi autonomous Shanghai Municipal Council), widespread crime and almost unimaginable heights of corruption in which participated not only individuals, Chinese and foreign, but even states themselves.

The Japanese invasion, in addition to its well-known murderous nature, refashions this world creating, at one point, a China segmented in some 15 different governments (or war-lordships). It leads to improbable developments, such as the abolition of the century-old foreign exterritoriality and abrogation of the 19th century “unequal treaties”. These Western “concessions” were extracted during the Japanese occupation, not because the Japanese cared about China, but because they wanted themselves to rule it, directly or through a puppet government, and wished to do so untrammeled by other countries. It is that loss of power, exacted under duress (the Japanese occupied Shanghai and Hong Kong as well as other treaty ports), that the western powers had to formally acknowledge in 1945 in a series of accords with Chang Kai-shek. There is no lack of irony in the way China repossessed its parceled-out territory.

One thing which the book is lacking is ideology. Yet there were many ideologies around: imperialism, nationalism, communism, Christianity (in its missionary aspect). There is hardly any mention of ideological reasons that led to the split between KMT and communists; no discussion of how CCP’s emphasis on rural-led revolution was a slap in the face to Comintern; nor what it meant for anti-colonial movements which were yet to come. There is not even any attempt to discuss imperialism ideologically: we do not know how English, French, or Russians justified their land grabs.

Bickers is critical of the means used by foreigners to suppress rebellions; he is critical of (or ironic about) foreigners’ secluded way of life and their anti-Chinese prejudices. And he at his most caustic when describing the British. But he never discusses what was the ideology with which they justified their behavior. Was it to exploit others because they were stronger (social Darwinism), to sell dearly and buy cheaply, to spread technological progress and civilization, to proselytize, to have military redoubts from which to control the Pacific…What?

Early on, Bickers argues that individual British who moved to China were not motivated by any grand ideologies nor by an encompassing idea of “imperialism”. They went there in search of a better life, or to spread Gospel, or simply for adventure. He seems to think that this disposes of “imperialism”. But obviously it does not: people indeed went to China for their own individual reasons, but imperialism set the overall framework that allowed them to settle there and enjoy all the privileges. Faithful to his non-ideological bias Bickers does not mention, not even once, Japan’s ostensible pro-Asian ideology behind the “Co-prosperity sphere”. Dramatic events are presented simply as factuals: who attacked whom where. We hear the rumbling noise but we cannot see what is behind.

Leaving ideology out is a choice. But I am not sure it is a wise choice. Especially not since Bickers reminds us in the last chapter that history (and ideology embedded in it) exert a strong pull on Chinese psyche and influence government’s policy. It is therefore a book as if ideology, in that most ideological of ages, did not exist. It is a chronicle of events, of va et viens. We see many trees but no forest.

The Ukraine conflict is becoming a media spectacle. Who needs a real war when this sort of stuff is available. Patrick Cockburn is the author of War in the Age of Trump (Verso) Cross-posted from Counterpunch […]

The major economies (let alone the so-called emerging economies) will struggle to come out of this huge slump unless the law of market and value is replaced by public ownership, investment and planning, utilising all […]

Economic growth? “No. But it’s not about size, it’s about quality.” Andrew Simms is an author, analyst and campaigner and is a member of the New Weather Institute Cross-posted from the website of the New […]