Branko Milanovic examines a world that never was, reflecting why we lack the tools to deal with the world that we have. 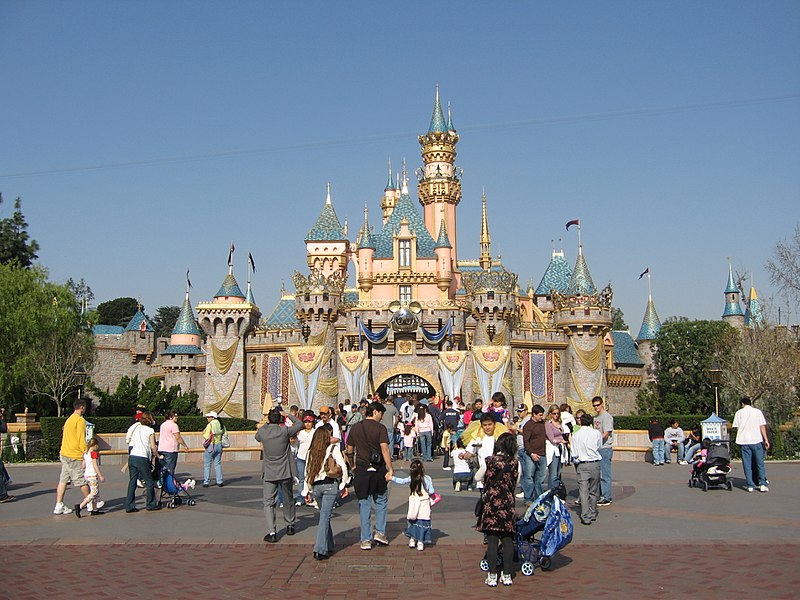 Paul Collier’s new book “The future of capitalism” is a very hard book to review. It is short (215 pages) but it covers an enormous area, from social and economic interpretation of the past seventy years in the West, to pleas for “ethical” companies, “ethical” families and even an “ethical” world, to a set of proposals for reform in advanced economies.

The most uncharitable assessment would be to say that, at times, the book comes close (I emphasize “close”) to nationalism, “social eugenics”, “family values” of the moral majority kind, and conservativism in the literal sense of the word because it posits an idealized past and exhorts us to return there. But one could also say that its diagnosis of the current ills is accurate and remarkably clear-sighted. Its recommendations are often compelling, sophisticated and yet common-sensical.

I have therefore decided to divide my review in two parts. In this part I will explain the points, mostly methodological and historical, on which I disagree with Collier. In the second part, I will discuss the diagnoses and recommendations on which I mostly agree.

Pragmatism. Collier positions himself as a “pragmatist” battling both (1) ideologues, Utilitarians, Rawlsian (who are accused, somewhat strangely, of having introduced identity politics) and Marxists; and (2) populists who have no ideology at all but simply play on people’s emotions. All three kinds of ideologies are wrong because they follow their script which is inadequate for current problems while populists do not even care to make things better but only to rule and have a good time. It is only a pragmatic approach that, according to Collier, makes sense.

Pragmatism however is an ideology like any other. It is wrong to believe oneself exempt from ideological traps if one claims to be a “pragmatist”. Pragmatism collects whatever are the ruling ideologies today and rearranges them: it provides an interpretative framework like any other ideology. Pragmatists are, as Keynes said in a similar context “practical men who believe themselves to be quite exempt from any intellectual influence, [but] are usually the slaves of some defunct economist [or ideologue; my addition].”

Adam Smith. The second building block of Collier book is based on his interpretation of Adam Smith, which has become more popular recently and tries to “soften” the hard edge of the Adam Smith of the “Wealth of Nations” (self-interest, profit, and power) by a more congenial Smith from “The Theory of Moral Sentiments”. This is an old debate that goes almost 200 years back (“Die Adam Smith Frage”).

There are, I think, if not two Smiths, then one Smith for two sets of circumstances: in TMS, it is the Smith for our behavior with family, friends and community; in the WoN, it is the Smith of economic life, our behavior as “economic agents”. I discuss this in “Capitalism, Alone”. David Wootton in “Power, Pleasure and Profit” very persuasively makes the same point. And even Collier says exactly the same thing on page 174, towards the end of his book, but in the early parts he argues that the Adam Smith of TMS applies to economics as well.

Now, for an economist only the Smith from the WoN matters. Economists do not claim (or should not claim) to have particularly valuable insights regarding how people behave outside of economics. So it is fully consistent for economists to use a model of Smith’s homo economicus who is pursuing monetary gains only, or more broadly, his own utility only. That of course does not exclude, as Collier and some other writers (e.g., Peter Turchin) seem to believe, cooperation with others. It is obvious that many of our monetary objectives are better achieved through cooperation: I am better off cooperating with people at my university than setting up my own university. But whether I do one or the other, I am pursuing my own selfish interests. I am not doing things for altruistic reasons—which perhaps I might do in my interactions with family or friends.

My point in “Capitalism, Alone” is that under hyper-commercialized globalization Smith’s economic sphere is rapidly expanding and “eating up” the sphere where the Smith of TMS applies. Commodification “invades” family relations and our leisure time. Both Collier and I agree on that. But while I think that this is an inherent feature of hyper-commercialized globalization, Collier believes that the clock can be turned back to an “ethical world” which existed in the past while somehow keeping globalization as it is now. This is an illusion and leads me to Collier’s nostalgia.

Social-democracy. In Collier’s view of the Golden Age (1945-75), social-democracy that brought it about did this for ethical reasons. In several places he repeats more of less this breathtaking sentence “[Roosevelt] was elected because people recognized the New Deal was ethical” (p. 47). He argues that the origin of social-democracy lies in a (nice) co-operative movement, not that the reforms in capitalism after WW1 and WW2 were the product of a century of often violent struggle of social democratic parties to improve workers’ conditions. It is not because ethical leaders decided suddenly to make capitalism “nicer” but because the two world wars, the Bolshevik revolution, the growth of social-democratic and communist parties, and their links with powerful trade unions, exacted the change of course from bourgeoisie under the looming threat of social disorder and expropriation. So it is not through the benevolence of the right that capitalism was transformed, but because the upper classes, chastised by past experience, decided to follow their own enlightened self-interest: give up some in order to preserve more. (For similar interpretations, see Samuel Moyn, Avner Offer,)

This difference in the interpretations of history is important because Collier’s view applied to today basically calls for ethical rulers—to somehow appear. This is why at the end of the book he discusses how political leaders should be elected (not by party members or primaries, but by the elected representatives of their parties). My interpretation implies that unless there are strong social forces that would push back financial sector excesses, tax evasion, and high inequality nothing will be changed. What matters is not ethics or ethical leaders but group/class interest and relative power.

The facts. And finally the Arcadia of the trente glorieuses when Collier holds moral giants strode the Earth, companies cared about workers, families were “full” and “ethical”, never really existed, at least not in the way it is described in the book. Yes, like many others I have pointed out that the trente glorieuses were very good years for the West both in terms of growth and surely in terms of narrowing of wealth and income inequalities. But they were no Arcadia and in many respects they were much worse than the present.

The period of Collier’s “ethical family” in which “the husband was the head” (p. 103) when every member cared for each other, and several generations lived together, was a hierarchical patriarchy that even legally forbid any other types of family-formation. (I remember that in my high school in Belgium, only fathers were allowed to sign off on pupils’ grades or school absences. Not mothers.)

In the USA, the Golden Age was the age of social mimicry and conservatism, widespread racial discrimination, and gender inequality. When it comes to politics, it is often forgotten that during the Golden Age, France was basically twice on the edge of a civil war: during the Algerian war and in 1968. Spain, Portugal, and Greece were ruled by quasi-fascist regimes. Terrorism of RAF and Brigate Rosse came in the 1970s. Finally, if these years were so good and “ethical” why did we have the universal 1968 rebellion?

That imagined world never was, and we are utterly unlikely to return to it; not only because it never was but because the current word is entirely different. Collier overlooks that the world of his youth to which he wants people to return was the world of enormous income differences between the rich world and the Third World. It is for that reason that the English working class could (as he writes) feel very proud and superior to the people in the rest of the world. They cannot feel so proud and superior now because other nations are catching up. Implicitly, regaining self-respect for the English working class requires a return to such worldwide stratification of incomes.

The book is thus built on the quicksand of a world that did not exist, will not exist, and on a methodology that I find wanting. 2020s will not be the imagined 1945, however loudly we clamour for it. But this does not mean that the analyses of current problems and the recommendations are wrong. Many of them are very good. So I turn to them next.