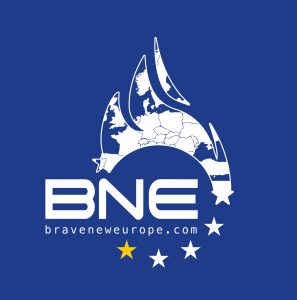 A romp through the archives of BRAVE NEW EUROPE month by month over its first year is a rewarding exercise. Not only is it a helpful reminder of the big issues of the day as they have affected Europeans, it also shows how successful our new website has become at gathering views and expertise in one place, as no mainstream media does.

Those big issues include the march of austerity and neo-liberalism, and the dire post-crisis economic policies of many European governments. Our writers, including many who allow us to cross-post from blogs and websites with their own following, have examined closely the development of the independence movement in Catalonia, the anti-austerity movements in Greece and Spain, the attack upon the pensions system in Britain, and Germany’s continued refusal to adjust its economy to the broader euro-zone picture. We have looked at climate change, the theory of money, the failure to achieve any radical reforms in the banking sector a decade since the start of the crisis. We have looked at the continued charmed life of the euro, the economic effect at grass roots of fast-evolving firms such as Uber and Airbnb. Inevitably we have also covered Brexit – which has huge ramifications for the whole of Europe.

On Brexit we have chosen to be as neutral as possible. There are many good arguments for and against. Some of our correspondents have even changed sides in the course of the year. What we have tried to encourage is good, informed debate by people who are not beholden to any party whip or corporate lobby group.

We have avoided speculative articles about what could happen – especially the doomsday genre – bringing instead well founded analyses of what is really occurring in Europe.

We have also chosen as far as possible to make English the default language – hoping that most of our readers have a rudimentary understanding of English, even if it is their second or third language. Where we find good articles in other languages we translate them, only occasionally making do with a link to a non-English original.

Over the year, BNE has diversified to include podcasts. We also began a series of lectures in Berlin, either in English or with simultaneous translation, on the theme “Economics Beyond the Swabian hausfrau”. This is in co-operation with the Helle Panke Foundation and the Network for Pluralist Economics.

Unexpectedly there is also a dramatically increasing interest in our book reviews, which has been a very pleasant surprise.

Our plans for the next two or three years are heavily dependent on the level of funding. A generous grant of 9,000 euros from GLS Treuhand was extremely helpful to get us started, but not enough on its own to allow us to do everything we want. We would like to resume paying for some commissioned articles – especially by young writers. We would like to develop our capacity for investigative reporting. So little of such reporting is done nowadays because it requires patient research over sustained periods – sometimes leading up blind alleys.

We would also like, if possible, to have a correspondent in Brussels, to cover the machinations in the UE corridors of power and how they affect EU citizens. Shockingly, there appears to be no investigative journalist permanently based there.

We are dedicated to publishing ideas and arguments that may help us all create a fairer, better governed, and more globally responsible Europe. We have set a fundraising goal of 10,000 euros from today (18 September) until the end of the year to enable us to fulfil our plans for our second year. Your support will make that journey more possible. Please consider donating a small sum, perhaps on a regular basis, to help BNE to grow as an essential and effective forum for change. We know it is a big step from clicking to go on a website to becoming involved in supporting it, but Europe needs to develop a discourse to counter neo-liberalism dictate – and needs it urgently. That is what BRAVE NEW EUROPE does.

Aleks Szczerbiak: Why has the Polish government raised the German war reparations issue?

Robin McAlpine – What is economic sovereignty and why is it important?

If you are not really sure about economics, but would like to understand what’s going on currently, this will provide you with some simple, but important insights. Robin McAlpine is the director of the Scottish […]

The World Bank partnered with Uber to produce research which reiterated the company’s narrative that deregulation is good for gender equality This piece has been cross-posted from The Conversation The Gig Economy Project, led by […]