A lot of flying by academics simply has to do with a sense of entitlement, but isn’t that true of most people who fly? Time for a rethink. 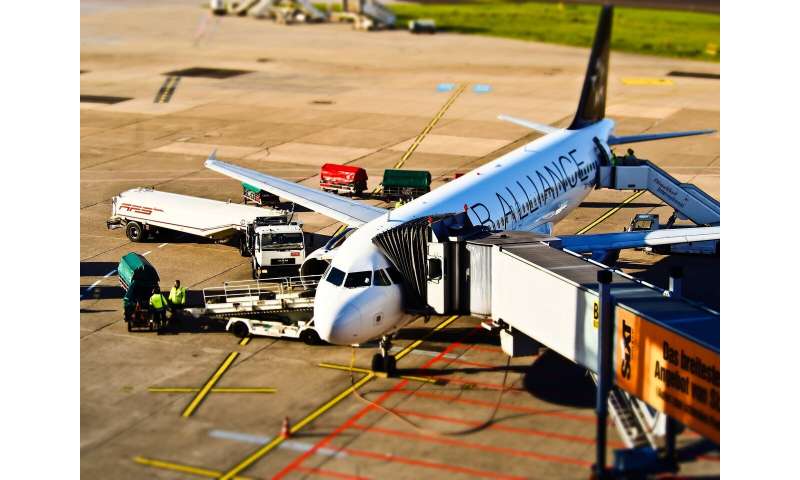 The large, international survey of more than 1,400 university researchers was carried out by the UK Centre for Climate and Social Transformation (CAST), which is coordinated by Cardiff University.

A follow-up experiment with more than 350 researchers found that providing information about the impacts of aviation and support for workplace policies increases intentions to fly less.

The large-scale study—the first of its kind to survey climate academics about their travel for conferences, fieldwork and meetings—is published in the journal Global Environmental Change.

Director of CAST Professor Lorraine Whitmarsh, who led the study, said the findings were “unexpected” but said it also suggested “knowledge alone is not enough” to tackle global warming.

“Our findings highlight that climate scientists, like many other professionals, can struggle to square their environmental commitments with competing professional and personal demands, and academia itself is not doing enough to change this culture,” she said.

“Crucially, our research demonstrates the need for policies and ways of working to encourage and enable low-carbon travel and use of virtual alternatives—something which is already happening in light of COVID-19.

“Travel restrictions have required businesses, including universities, to replace a lot of physical travel with virtual interaction, such as online conferencing. These virtual options can be just as effective as face-to-face meetings, but at a fraction of the cost, as well as being more accessible for those with caring commitments.”

Flying is one of the most carbon-emitting actions and there have been growing calls from both within and outside the research community for scientists, and in particular climate researchers, to do more to curb their flying so their crucial message on the need to reduce aviation emissions is not undermined.

This study found “significantly” higher levels of flying among climate change researchers for work than researchers from other disciplines. The data indicated climate experts take about five flights per year, while non-climate researchers took four. Climate and sustainability experts conduct more fieldwork, but even accounting for this, their international travel was still higher. It also found that levels of flying rose with job seniority.

Climate researchers did report higher levels of awareness and concern about the impact of aviation on climate change and as such were more likely to offset their flights, use alternative modes of travel or avoid travel. For example, 29% of climate researchers chose not to travel to a work event because of the carbon footprint of the travel, compared to 5% of other researchers.

However, the study found practical factors like family commitments and availability of low-carbon options were more important in predicting scientists’ actual flying behavior.

“Those with the most knowledge of all—climate change professors—fly more than any other group. Our results strongly suggest knowledge alone is not enough to change workplace travel,” said Professor Whitmarsh.

Kevin Anderson, professor of energy and climate change at the University of Manchester and former director of the Tyndall Centre for Climate Change Research, said it made for “uncomfortable” reading.

“This paper must be a catalyst for rapid change. We need to take a long hard look in the mirror, reflect on our research, and rapidly transition to an academia fit for the 21st Century. Perhaps then governments, businesses and wider civil society would take more note of our research and conclusions,” said Professor Anderson, who was not involved in this research.

The findings are released as the CAST Centre today launches its Sustainability Charter—its commitment to a low-carbon research culture.

The charter seeks to recognize that climate change researchers have a particular responsibility to confront their environmental impact and seek out transformative solutions to climate change and other issues. For example, online conferences and home working can be better for work-life balance, allow wider participation, and cut costs.

The charter seeks to take direct action, but also to advocate for wider change, in four important areas: food, travel, consumption, and heating/cooling.

Dean Baker – Patent Monopolies and Inequality: When We Give Rich People Money, Why Does Inequality Surprise Us?

“In spite of the celebration of the success of our vaccines in controlling the spread of the virus among people who get them, we have done an abysmal job in vaccinating the world” Dean Baker […]