As we are seeing in Catalonia, the politics of independence and the politics of social change are not synonymous. The SDP has still to prove itself that it is as progressive as many Scots. 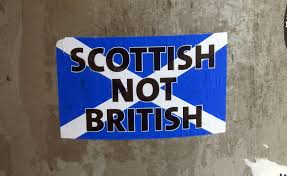 In a small country on the edge of Europe a political party has achieved a success of which few, except Angela Merkel’s Christian Democrats, could boast. The country is Scotland and the party is the Scottish National Party which has been in government for eleven years, first under Alex Salmond and today under Nicola Sturgeon. For most of that time it has formed a minority government but from 2011 until 2016 it had an overall majority, despite the obstacles put in the way of achieving that by the system of voting put in place for the Scottish Parliament.

To make a comparison with recent British political history eleven years into the last Labour government at Westminster, first elected in 1997 with Tony Blair at the helm in a landslide victory, the government of Gordon Brown was clearly floundering faced with the 2008 financial crash.

Today recent opinion polls show the SNP still well in the lead over their rivals.

The SNP has also done something which goes against the political grain in Britain, at least until the advent of Jeremy Corbyn to Labour Party leaders, and across Europe; since 2003 its membership has grown year on year. That included a huge surge after the 2014 Scottish independence referendum. from 25,000 members to 100,000 by the close of that year.

In June 2018 after its 35 MPs in the British Parliament walked out, after the timing on a debate on whether legal powers which, post Brexit, should be repatriated from Brussels to either Westminster or the Scottish Parliament, was cut from three hours to 15 minutes,  7500 people joined the SNP in 48 hours. That surge gave it more members than the Conservative Party has across all of Britain.

The rise of the SNP from being a party which seemed far from taking office in Scotland to being the dominant force in Scottish politics has been a rapid one. Two things fuelled it.

The first, was the distaste many traditional Labour voters felt for the 1997-2010 UK New Labour government of Tony Blair and latterly Gordon Brown. The UK’s support and participation in the 2003 invasion of Iraq was crucial too that but so too was its enthusiasm for neo-liberalism.

The SNP understood by espousing Old Labour rhetoric it could take sufficient Labour votes in the key Central Belt (between Glasgow and Edinburgh where the majority of the population is concentrated). Labour in Scotland had a small membership (traditionally right wing in Glasgow it distrusted potential members who might be too left and upset the apple cart), took for granted its dominance of Scottish politics and who’s best and brightest flocked to Westminster rather than too the new Scottish Parliament created in 1997, where it was outshone by the SNP.

The second factor was the 2014 independence referendum, the result of which was far closer than had been expected by the pro-UK parties. Although the independence side lost they had created a tidal wave of debates, meetings and cultural events across the land which created an active mass. Many would migrate into the SNP post-referendum, bringing experience of that and other social movements.

Scottish Labour fought a separate campaign from that of Corbyn elsewhere in the UK. While he preached a left wing, anti-austerity measure, it concentrated on attacking the SNP and its support for a second independence referendum post-Brexit. Many pro-Union voters preferred the more full blooded Conservative version of that message. The SNP leadership enthusiasm for the EU also backfired because a third of its support had backed Brexit.

But the Corbyn campaign did influence a tranche of voters to choose Labour. In the wake of that campaign a new left wing Scottish Labour leader, Richard Leonard, was elected. There was wide spread expectation he would “do a Corbyn,” create a membership surge and follow Corbyn left. That has not quite happened. Leonard comes across as the trade union official he was, his performance in the Scottish Parliament has been lack lustre and he still focuses too much on attacking not just the SNP but independence.

The Conservatives did well but have probably passed their peak performance. Scottish Labour has alienated itself too much from younger, left wing supporters of independence. At Westminster there is frustration in Corbyn’s inner circles over Leonard’s performance because they had hoped he could rebuild the party’s dominance north of the border.

Instead the SNP, having taken a knock, remain in office, in first position in the polls.

In truth, the performance of the current Scottish government has not set the heather alight but it can still blame the considerable powers the UK government has retained under the devolution settlement. For instance, one of those is control of immigration, and the Scottish government was blocked from taking in more Syrian child refugees by London.  It has also created a national investment bank (how it will perform remains unknown), moved Scotland to being nearly 100 percent reliant on renewable energy, maintained its austerity position and opposed UK intervention in Syria.

The SNP itself is not a centre left party pure and simple, it has its neo-liberal wing, though it’s rather muted, certainly in comparison to Corbyn’s right wing opponents in the UK Labour Party. But the party’s membership has an activist base no other party can touch. That is primarily activity in support of independence. In recent months that has been directed not through the SNP itself but through the recreation of the broad based Yes groups formed during the 2014 referendum and through a series of pro-independence marches where the turn outs has surprised everyone.

But SNP members will be found working to support refugees, Palestine and opposing the UK’s addiction to US led wars.

Yet many on the left still echo Scottish Labour in trying to paint the SNP and its members as “Tartan Tories.” The rise of Corbyn increased that as people would try and contrast him with the SNP. Yet as the Corbynite surge has lost momentum, and in Scotland struggles to achieve it, that looks more thread bare.

A survey taken after Jeremy Corbyn had become leader of the Labour Party found this:

“SNP voters hold considerably more left wing views than supporters of the Labour party, according to academic research which analysed the online political choices of more than 10,000 people. Less than half (44 per cent) of those who identified themselves as Labour voters backed left-wing policies, compared to nearly three quarters (73 per cent) of SNP supporters…

“nearly three quarters (74 per cent) of SNP voters agreed with the statement that “welfare payments for people with disabilities should be increased”, but the Labour figure was far lower, at just 56 per cent.

For many on the left it’s hard to recognise this because their default position is to support Labour through thick and thin. In a country where communism was always marginal the radical left still in large part hold to Lenin’s dictum that Labour as a “bourgeois-workers party” should be supported because it had an organic link to the working class because the vast majority of trade unionists were affiliated to it.

Yet today it is impossible to reduce the working class simply to those in trade unions, overwhelmingly restricted to the public sector and often older.

The Corbyn surge went against the sustained process of the hollowing out of social democratic and Labour parties as mass membership bodies across Europe. Many of those who’ve joined Corbyn’s Labour have not become involved in the long march through its structures in order to win it for the left, neither are they 100 percent loyal to Labour as was the case with members in the 1950s say, who’d stick with it through thick and thin.

In truth, in terms of political life in Scotland there is no social movement in which SNP members do not play a key role, including elected representatives. That’s not to deny the presence of Labour, Green and radical left supporters but it is to state an obvious truth. That also cuts against the deep animosity between Scottish Labour and the SNP, true on both sides, but in Labour’s case given extra acidity because they still regard themselves as the natural party of government in Scotland.

So the SNP remains an exception in Europe. Exceptional in part because of its electoral success, exceptional in comparison to Catalunya where the pro-independence side is divided across three parties whereas in Scotland the SNP is dominant, and exception because, like the wider pro-independence movement, it represents a civic nationalism distinguished from the anti-migrant, anti-Islam nationalism so dominant across Europe.

It is obviously a party situated on the centre left with a membership in many ways further to the left. That’s a fact of Scottish political life (and indeed of British political life too). People are just going to have to get used to it.

Labour believed that by granting Scotland devolution it would “kill nationalism stone dead”. How wrong could they be?

Ben Wray – What is the Green New Deal?

cop25 has ended in disaster. Solutions will have to be found somewhere else. Ben Wray assesses the phenomenon of the Green New Deal. where it comes from and what potential it has. Ben Wray is […]

The idea that constraints on public finance are part of a broader project to insulate the economy from democratic control J. W. Mason is Associate Professor of Economics at John Jay College, City University of […]

Craig Murray – P&O and the Tory Road to Serfdom

The peremptory firing of 800 P & O workers is the latest example of an increasing labour conflict in the UK Craig  Murray is a British former diplomat, political activist, human rights campaigner, blogger, and […]