One revelation concerning deep rooted fascism in Spain’s political, business, and military establishment follows the other. Their existence is for the EU and international corporations a blessing, as it keeps the nation stable for neo-liberal policy. 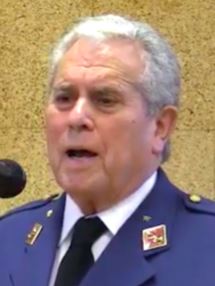 Francisco Beca Casanova has a deep wish to outdo his fascist hero, General Francisco Franco, the victor of Spain’s Civil war who ruled as a dictator until late 1975. The retired Spanish Air Force General Beca proposes to execute 26 million “sons of bitches” to eliminate “the cancer spread by enemies of the unity of Spain”. The message, posted on a WhatsApp group of ex-officers, praises Franco’s dictatorship and demands “to repeat history”. Members describe Franco as the “irreplaceable one”

Another post from retired Colonel Andrés González Espinar stated, “what a pity not to be in active duty service in order to reroute a hot flight [carrying real ammunition] from Bárdenas [firing range] to the headquarters of those sons-of-bitches.”

One suggestion was to utilise a military exercise employing real bombs and missiles that would normally take place on a Spanish military firing range in Navarra – “to change the route and bomb the Catalan National Assembly”.

It seems there are some who still hold to the necessity “to bombard Barcelona every fifty years is a law of the history of Spain”. That quote comes from the President of the Spanish Republic during the Civil War, Manuel Azaña, as he observed Francoist, Italian and German planes bombing the Catalan capital.

Beca and friends share Franco’s belief that the left and Catalan and Basque “separatists” are plotting to undermine Spain. Being slightly more modern they don’t include “Jews and Freemasons” in this conspiracy. Franco always did.

The revelations about La XIX del Aire WhatsApp group came within days of reports that King Felipe, in his role as Head of Spain’s Armed Forces had received two missives from retired senior officers. One from 271 former military generals and colonels attacked the coalition government of the social democratic Socialist Party and centre-left Podemos, headed by Pedro Sánchez, complaining that Spain’s unity was under threat from Catalan and Basque separatists and the country was afflicted by what they termed the “deterioration of democracy”.

The other, from four senior officers, was in similar vein.

The first point about all this is that the king is Head of the Armed Forces but he is far from some neutral figure. In October 2017, for instance, two days after a referendum on independence agreed by the Catalan Parliament, Felipe went on Spanish TV, after the national anthem was played, to launch a blistering attack on those in favour of Catalan independence:

“Thanks to their irresponsible behaviour, those [Catalan] authorities have put the social identity of Catalonia and all Spain at risk. They have shown contempt for the affection and feelings of solidarity which have united and will unite all Spaniards.”

He ended with a pledge to defend the unity of Spain.

The other danger is simply to dismiss the statements of these retired senior officers as the ravings of outdated Francoists.

So, Pablo Iglesias, leader of the Podemos party and Deputy Prime Minister in the coalition government with the Socialist party, was rather sanguine about the matter dismissing it by saying:

“What these gentlemen say, with their age and already retired, after a few drinks does not pose any threat.”

Yet during the transition to parliamentary democracy which followed Franco’s death none of his senior military were removed, or tried for human rights abuses. That was true for the security forces, the judges, and Franco’s former Ministers. A military career in Spain, as in most countries, tends to be a family affair in which siblings follow their father and grandfathers. Meaning many serving officers will have family links to the Franco regime.

In truth there is no danger of a military coup in Spain because the Sánchez government is no threat to the Spanish elite and Iglesias is loyally trailing behind him. But it does make the need to go beyond the transition settlement and push for greater democracy, including giving the people a choice between a monarchy and a republic, giving the Catalan and Basque peoples the right to self-determination and dealing with the toxic legacy of the dictatorship.

Forty five years after Franco died his shadow still casts a long shadow over Spain and thereby over the EU. 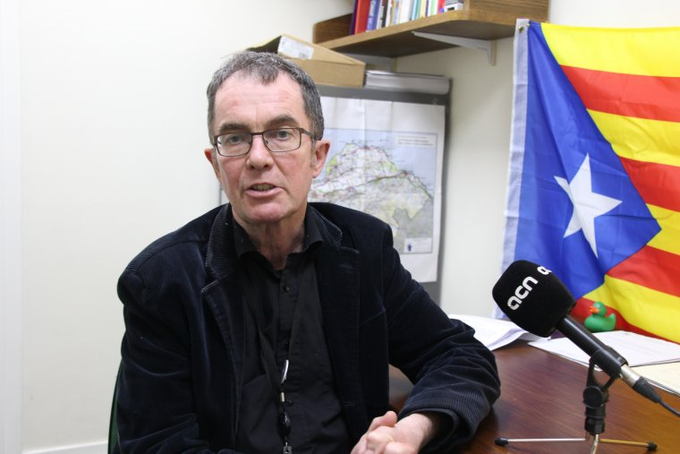 Michael Jacobs – What Exactly is the Green New Deal?

Since the inception of BRAVE NEW EUROPE we have been propagating the Green New Deal, especially thanks to the relentless Richard Murphy. It is the only alternative that we have to save the planet and […]

The errors of presentism and exclusivism Branko Milanović is an economist specialised in development and inequality. His newest  book is “Capitalism, Alone: The Future of the System That Rules the World” Cross-posted from Branko’s Substack […]