An excellently explained piece explaining why economics is about political priorities as well as human and physical resource limits. 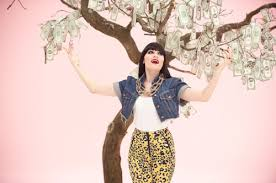 One common mistake non-economists make when thinking about economics is that they think about money when money is often not the issue.

I suspect people appreciate this implicitly in their everyday life. The £50 you spend in a record shop matters because it is £50 you then don’t have to spend on dinner with your partner. What you are giving up when you buy those records is something real – a date night.

It’s in this context that higher energy bills are so nasty. The higher cost of gas means that even those of us who are quite well off must forgo something real, something nice – nights out, books or music. That hurts. And not just us personally. What’s going on is a transfer of resources from dynamic, entrepreneurial sectors of the economy towards rentiers. As David Ricardo pointed out 200 years ago, that’s the sort of thing that can push an economy into long-term stagnation.

Money, then, is in many contexts not the point. What matters are real resources and opportunities – the good things we must sacrifice to get other things. Money is just one measure of such sacrifices. But it is just that – a measure.

And not the only one. As I approached retirement, I thought of big-ticket items in terms of how much longer I’d have to work if I bought them: a car was a year’s work, a holiday a month’s work and so on. A labour theory of value makes sense because labour – leisure foregone – is a measure of what we must give up to get stuff.

All this might seem obvious, but it is often forgotten in politics.

For example, Mark Harper says it is “unaffordable” to give public sector workers pay rises that match inflation. “I do not have a bottomless pit of taxpayers’ money” he said.

But money is not the issue: governments can print limitless amounts of the stuff. What Harper should have said is that higher gas prices mean that the UK has become poorer: as a nation, our real income has fallen. Which poses the question: why should public sector workers not share in this fall?

Of course, you might well have a good answer to this: many have suffered years of falling real incomes, and there are others who should bear the cost instead.

And that’s the point. Harper was using a nonsense claim about money to disguise what is a profoundly political choice, of who should suffer from our country’s impoverishment.

It’s not just Tories who talk of money when they should speak instead of real resources. Lisa Nandy has said that “the big problem is that there isn’t enough money.”

She is of course wrong to say there isn’t enough money. But she is bang right to say there is a big problem. We lack real resources. Anyone wanting a big increase in public spending must answer the question not “where will the money come from?” but “where will the workers come from?” We are closer to full employment than we have been for many years, and there are certainly very few unemployed doctors or nurses. The government can print money, but it cannot print workers.

This is a big reason why the Truss-Kwarteng budget was such a disaster. The gilt market feared that tax cuts at a time of near-full employment would lead not so much to higher employment and output but simply to higher inflation.

It’s in this context that Sunak and Johnson’s health and social care levy made sense. We don’t need higher NICs to finance public spending; printing money can do that. We need them to release labour that is otherwise unavailable when employment is so high. We need to reduce consumer spending so that retail and hospitality workers lose their jobs and become care workers instead.

Which poses a problem for the left. If we want more builders, home insulators, solar panel makers, care workers and NHS staff where will we find them?

Immigration, of course, must be part of the answer. Another part of the answer is that Labour might well take office when unemployment is higher than it is now, and so these workers can be taken from dole queues without raising inflation.

But what if these answers are insufficient? Then we might need higher taxes to force capital and labour to move from parts of the private sector to healthcare, greening the economy and building houses.

Not all taxes, however, would do this. Wealth and windfall taxes could in principle raise billions. But if these billions would otherwise be merely hoarded in bank accounts real economic activity does not decline and so there will be no release of capital or labour and thus no more potential housebuilders or nurses. The nasty fact is that if we want more health workers or more people working to decarbonize the economy then we need the sort of taxes that depress economic activity elsewhere – that is, taxes that don’t just fall upon the mega-rich. The left needs to be honest here.

There’s another sense in which some on the left are ducking a tough question – nationalization.

They are, of course, correct to say that money is no obstacle to this: it’s quite sensible to borrow at a real interest rate of around 1% to buy a higher-yielding asset. But my question arises again: how does nationalization affect real resources? There’s no question that the railways and Royal Mail are atrociously managed. But will nationalization change this? Yes, if bad management is due to bad incentives which public ownership could correct. But it does not if the problem is simply a lack of management ability. Nationalization is not an end in itself, but a means to an end. And we need to think more about those means and those ends.

My point here should also shape how we think about fiscal rules. High government borrowing becomes a problem when it deprives the private sector of real resources – either by creating a tight labour market or by raising real interest rates.

Clearly, neither is a problem at times of deficient demand of the sort we saw after the financial crisis. So fiscal rules should not constrain borrowing then. But when should they?

But there’s another issue here: what sort of economy do we want? Do we want private affluence and public squalor (to use Galbraith’s phrase) or something closer to the opposite? This is fundamentally and unavoidably a political choice. Talk of fiscal rules often effaces this fact in favour of arid technocracy.

And that’s the point. We must think of economic policy in terms of real resources, not money. Whilst the question of how many unemployed resources there are must be a purely empirical one uncoloured by ideology or wishful thinking, the question of how we want to employ those resources – in healthcare, housebuilding, decarbonizing or in private consumption – must always be a political one. Talk of money and finance can sometimes be a technocratic trick to distract us from this fact.

A review of Benjamin Abelow’s “How the West Brought War to Ukraine: Understanding How US and NATO Policies Led to Crisis, War, and the Risk of Nuclear Catastrophe” Peter Ramsay is Professor of Law at […]